What a weekend. On Friday, I zoomed six hours southwest to Woodward, Oklahoma, for my grandmother Virginia’s 85th birthday party. On Saturday, I zoomed six hours back to pick up Cookie before the boarder closed, on a different route that was supposed to save me, like, ten minutes. I ended up on a construction detour over red dirt roads and got pulled over for speeding by a policeman in a pick-up truck. (Look, Mom, no ticket!)

On Sunday, I hosted the first stop in Ali’s bachelorette party, which concluded with ten girls belting Alanis Morissette lyrics in a private karaoke room. And yesterday, we celebrated Jordan’s soon-to-be-here baby with a decidedly chill baby shower. Today, I’m resisting the urge to pour myself a third cup of coffee. 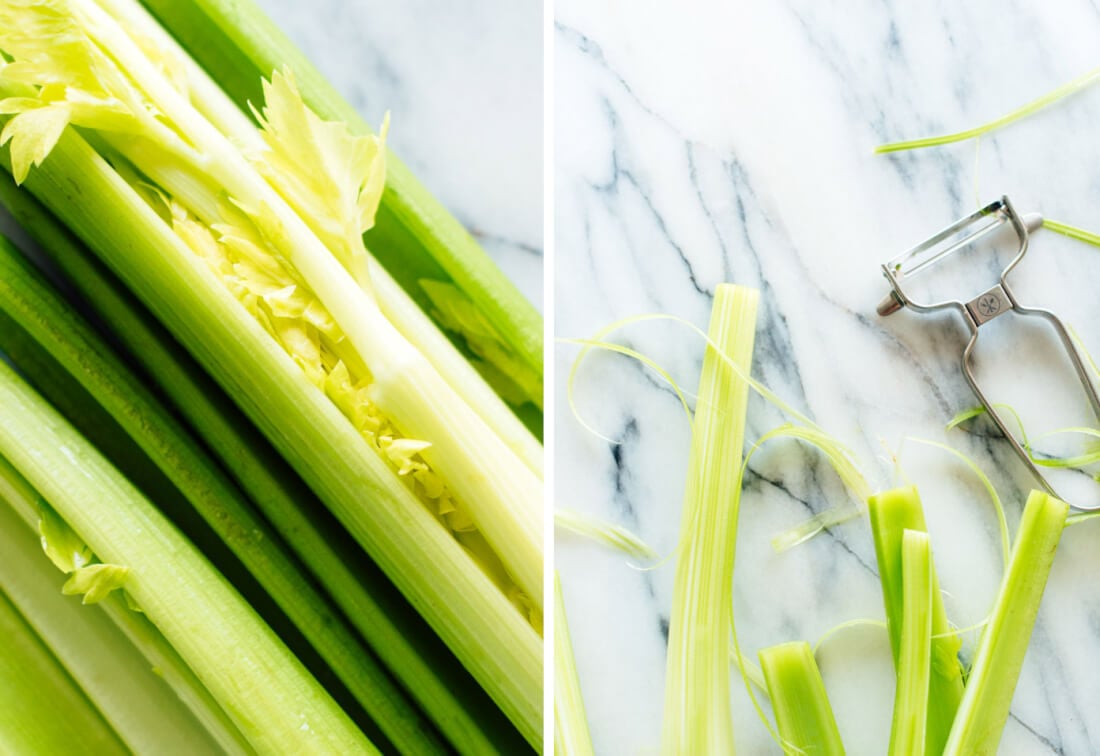 Surely I’m not the only person who over-indulged this weekend, right? Let’s reset with a simple, inexpensive, and addictive celery salad. I included chopped celery in two salads in my cookbook, but this is my first celery-centric salad. It’s a crisp, refreshing and totally underrated salad ingredient.

I found the recipe in a new cookbook called Six Seasons: A New Way with Vegetables by chef Joshua McFadden and Martha Holmberg. Kat Sacks from Epicurious sent the book to me so I could participate in this month’s edition of #EpiCookbookClub—each month, Epicurious is selecting a cookbook to cook from, and you can participate by tagging your food photos #EpicCookbookClub on Instagram and Facebook. I love it.

I’m quite smitten with Six Seasons. It’s a gorgeous seasonal cookbook that highlights a wide variety of produce and offers inventive recipes for each type. I’ve bookmarked a ton of recipes to try and picked this one to try first, since McFadden said it’s one of his favorite dishes.

I’m learning a lot from his produce introductions. For example, in the celery intro, I learned that celery is super-thirsty and needs a lot of attention from growers, which is why you don’t find it often at farmers’ markets. It gets tough and stringy when it’s not consistently and adequately watered. Have you seen heirloom celery varieties in purple or magenta yet? I’m keeping an eye out for them now.

Before I go, some updates on Love Real Food:

END_OF_DOCUMENT_TOKEN_TO_BE_REPLACED 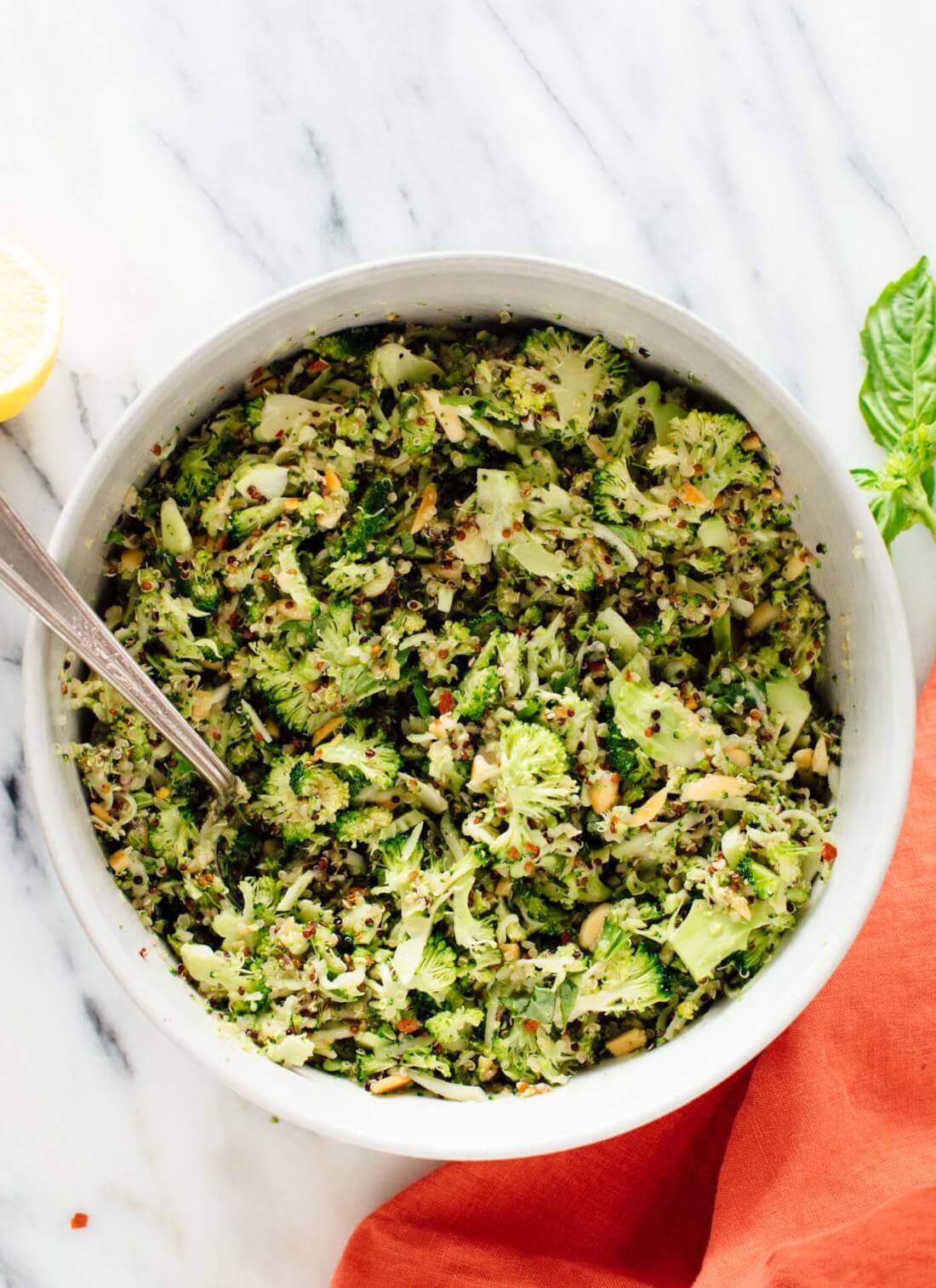 Confession: I wanted to include this tangy broccoli slaw recipe in my epic salads roundup (it deserves to be in it), but the photos were so green and unappetizing that I couldn’t do it. All I could think when I looked at the post was, “Ribbit, ribbit, ribbit!”

Today, I’m re-sharing it with better photos and pushing it to the top of the blog in case you have overlooked it the past couple of years. Ribbit! 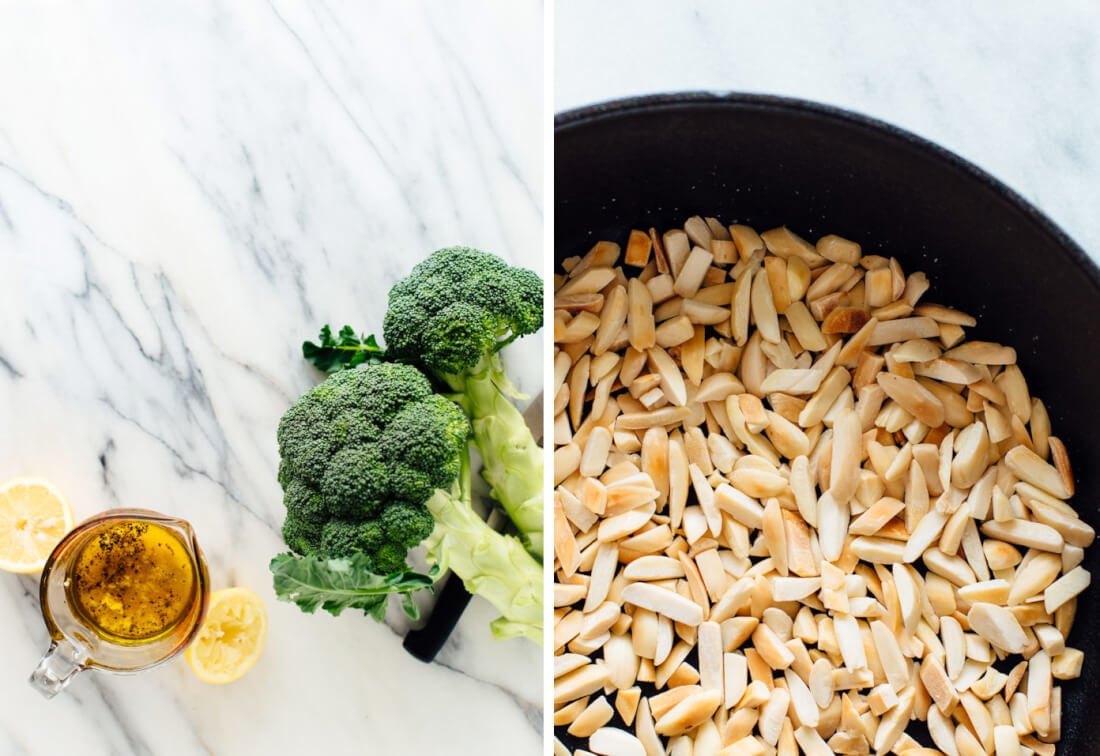 Even with a pop of complementary color (the coral napkin), the slaw is undeniably very green as written. I’ve heard from some commenters who have added some color with dried cranberries or chopped apple, which sound like delicious additions to me.

This broccoli slaw was roughly inspired by an awesome mayo-free broccoli and potato salad that my friend Sarah brought to a spring potluck two years ago. It’s not too far off from my Greek broccoli salad and colorful beet and quinoa salad, but it was just too good to keep to myself.

END_OF_DOCUMENT_TOKEN_TO_BE_REPLACED 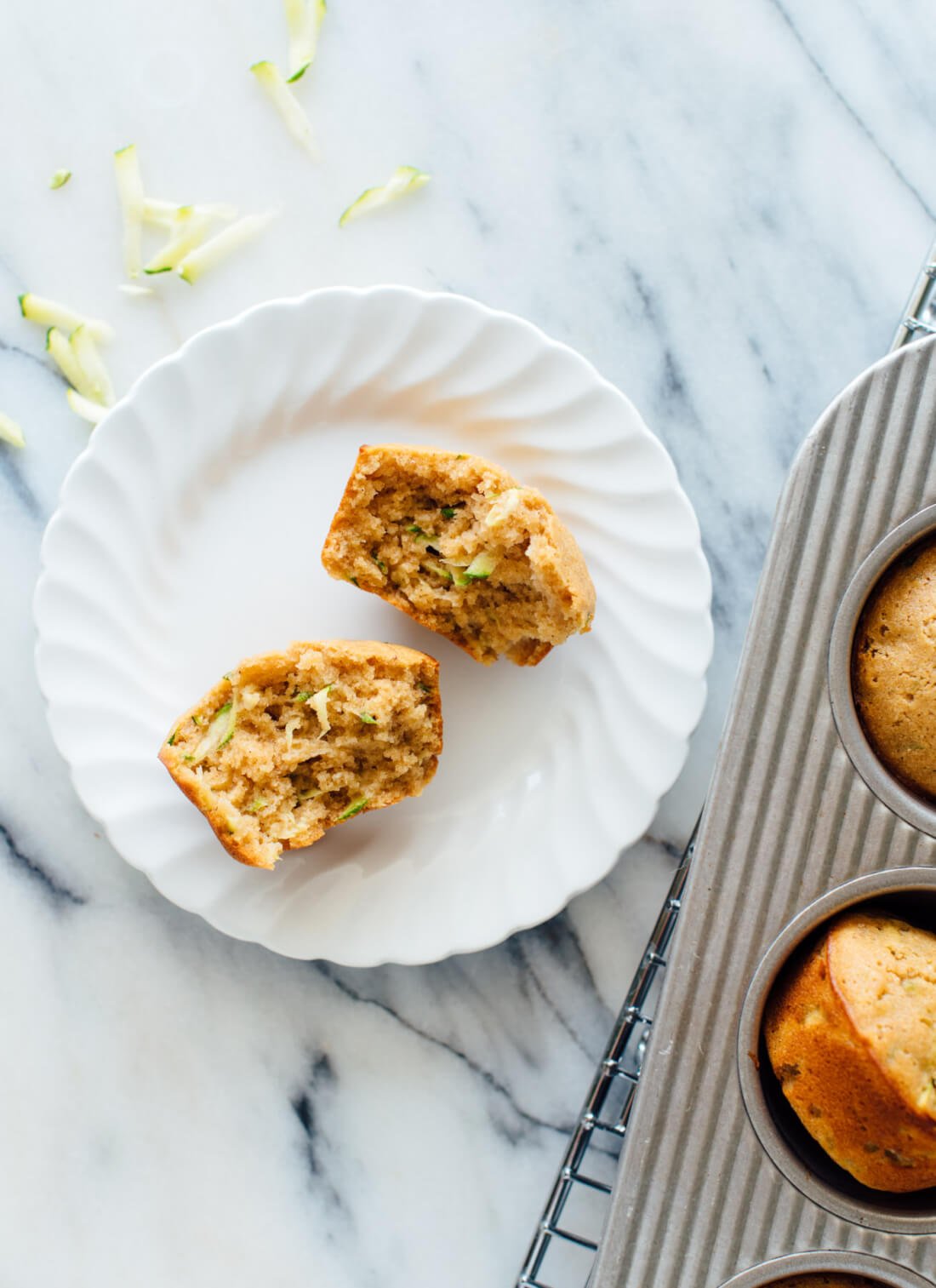 I thought I had this zucchini muffin recipe in the bag. Make my favorite zucchini bread batter, divide into muffin cups, bake for less time—nope. The increased surface area produced slightly dense and dry muffins, which were fine for “healthy” muffins. However, I wanted fluffy, moist and thoroughly delightful muffins that just-so-happened to be healthier.

So, I cross-referenced the zucchini bread recipe with my all-time favorite blueberry muffins in my cookbook. I adjusted the leavener, upped the amount of milk and switched to buttermilk for a more tender crumb. Success! These zucchini babes will make everyone happy. 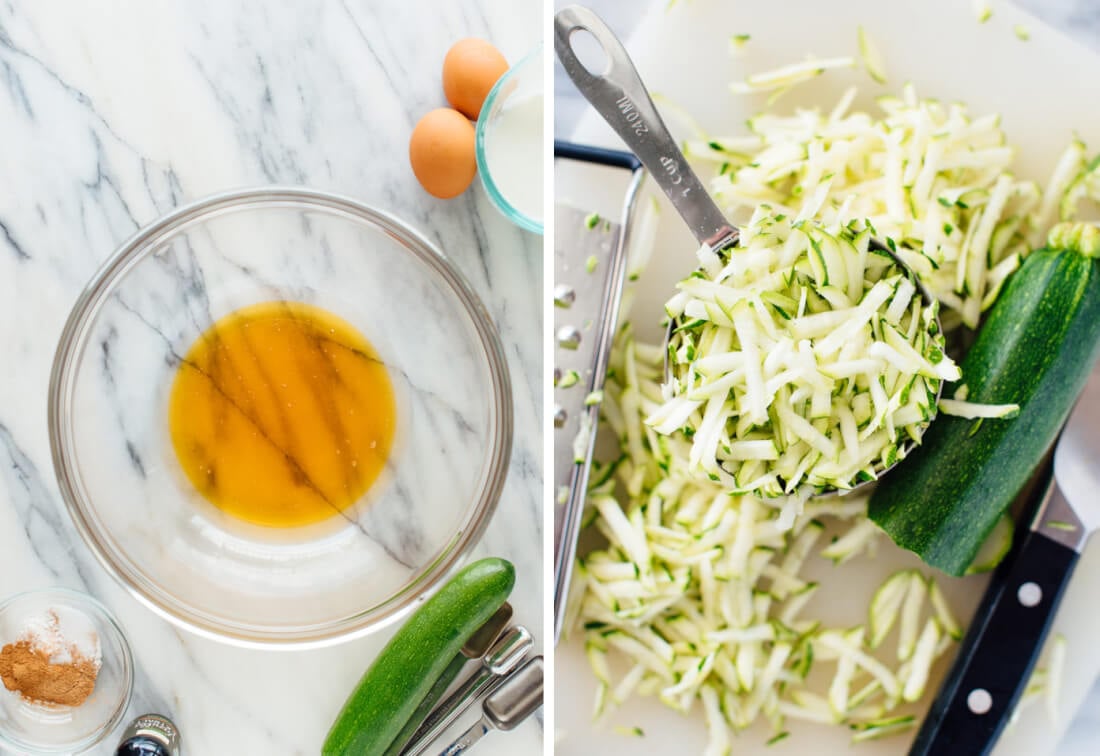 Cookbook launch week has been a thrill. I’m overwhelmed, honestly. I’m so excited that you’re excited about the book, flattered by my fellow food bloggers’ kind words, and thankful for friends who took the time to say cheers. All that, and I’m still a little apprehensive about sending my book baby into the world. Is this what it feels like to send a child off on a school bus for the first time?

Thank you for your comments, notes and reviews; they mean so much. I hate to ask for more, but if you’ve had a chance to make recipes from the book already, would you mind leaving a review on Amazon to share your experience soon? That might seal the deal for people who aren’t familiar with my blog already.

If you haven’t gotten the book, I have more details about Love Real Food over here. I’d be glad to answer any questions you might have in the comments. Lastly, I promise I won’t go on and on about the book forever. ♥

END_OF_DOCUMENT_TOKEN_TO_BE_REPLACED 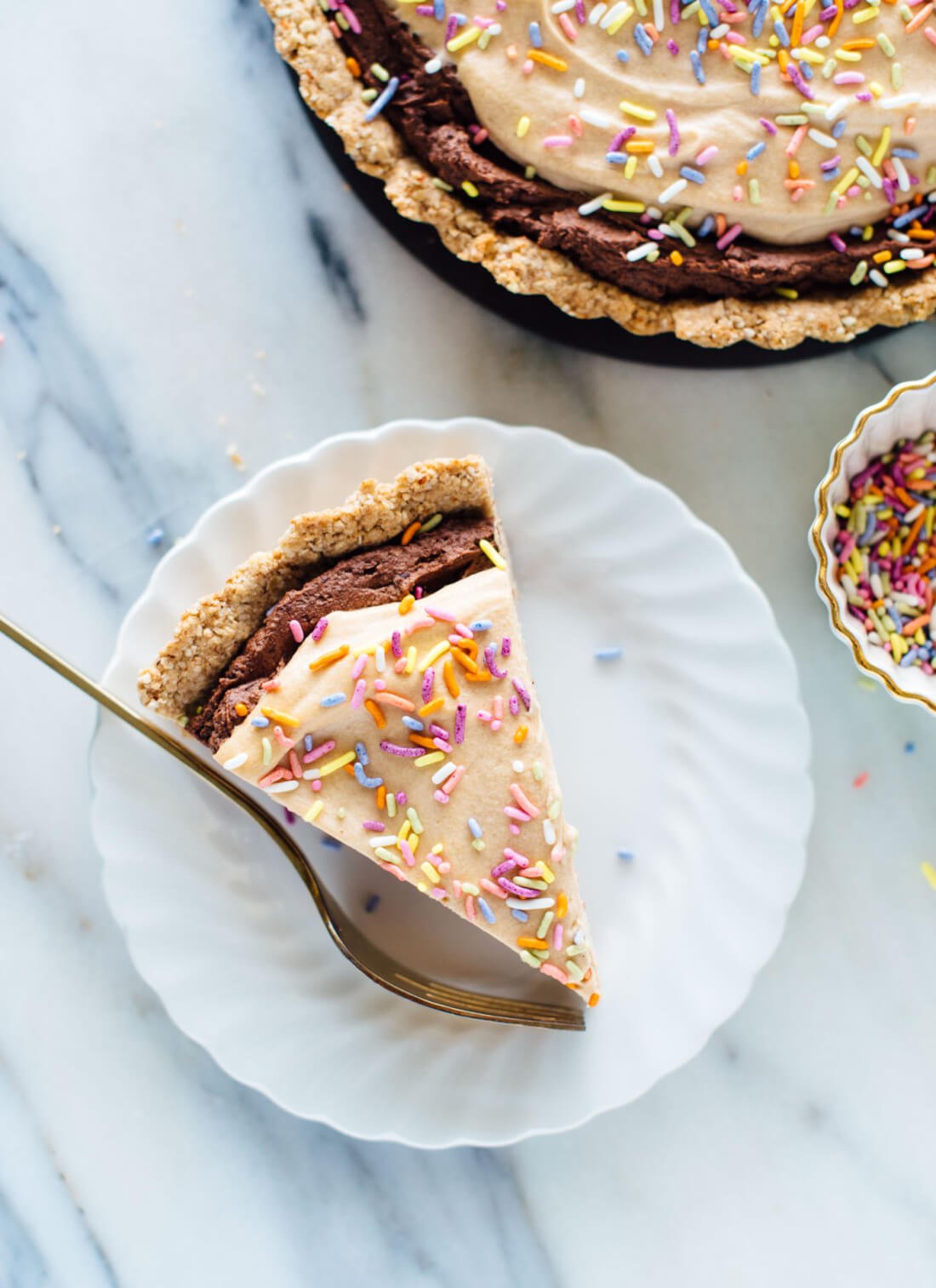 This is absolutely due to your support, and I can’t tell you how much I appreciate it. When we were shopping around this book concept to publishers, I bragged on Cookie and Kate readers for being the best people on the internet. The publishers were like, “Yeah yeah, sure, that’s what all the bloggers say.” 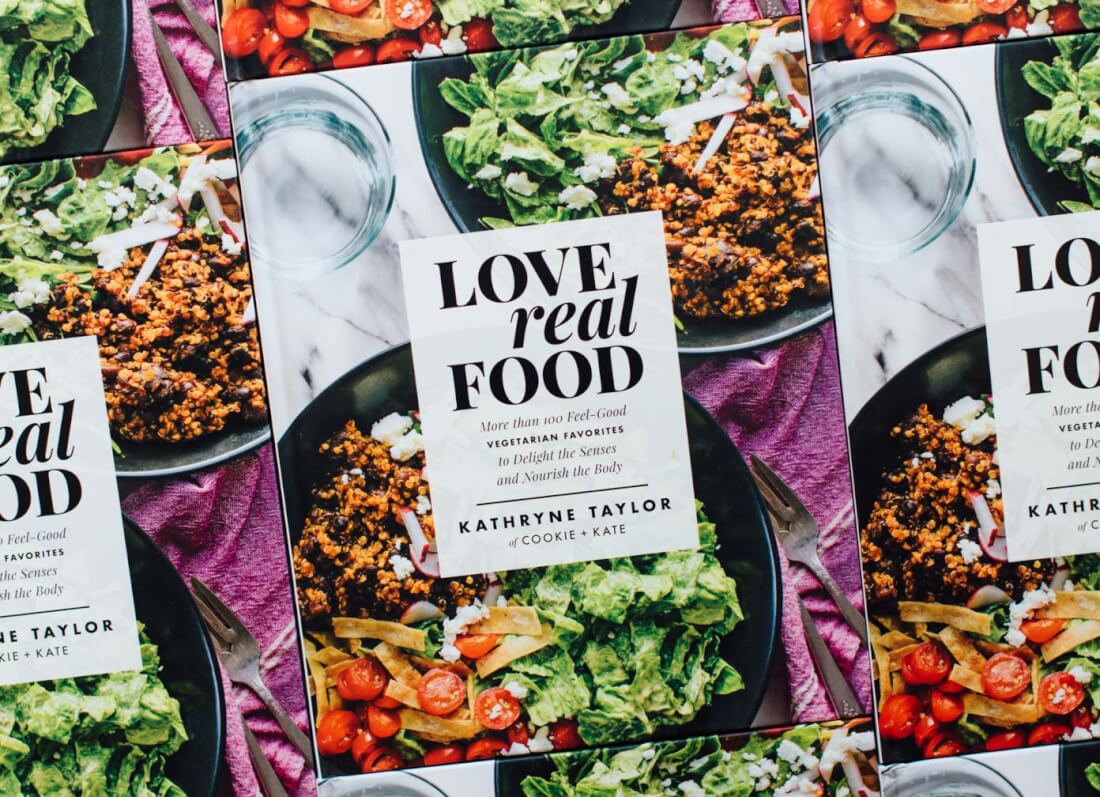 I want to hug and high-five you for proving me right. I don’t deserve you, but I made you a chocolate peanut butter tart to celebrate! It’s a recipe that we cut from the book. It’s more involved than I wanted the book recipes to be, but if you have a worthy occasion, it’s definitely worth the effort.

If you’ve pre-ordered already, I hope the book lands in your mailbox today, and I’m so eager to hear what you think. Please share your snaps on Instagram with #LoveRealFood so I can go see them.

I’m going to keep this post short because I’m dying to go see my book in a store. Barnes & Noble, here I come! Before I go, here are some links that you can’t miss:

END_OF_DOCUMENT_TOKEN_TO_BE_REPLACED

I’m writing today because there are only two more days until my cookbook, Love Real Food, hits the stores and your mailboxes. I can’t wait!

Since you seemed to love reading about the recipe development process for the cookbook last week, I wanted to offer the visual effects that I use in my food photos today. I’m using examples from the book so you’ll get some sneak peeks at the recipes, too. (For details about my photography equipment and more, check here.)

You can use these visual effects to your advantage whether you’re snapping pictures with your phone or shooting with a fancy camera. I’d love to see you put them to work. When you get your book, please share your snaps of the recipes in Love Real Food on Instagram with the hashtag #LoveRealFood. I’ll be sharing some of my favorites soon!

END_OF_DOCUMENT_TOKEN_TO_BE_REPLACED 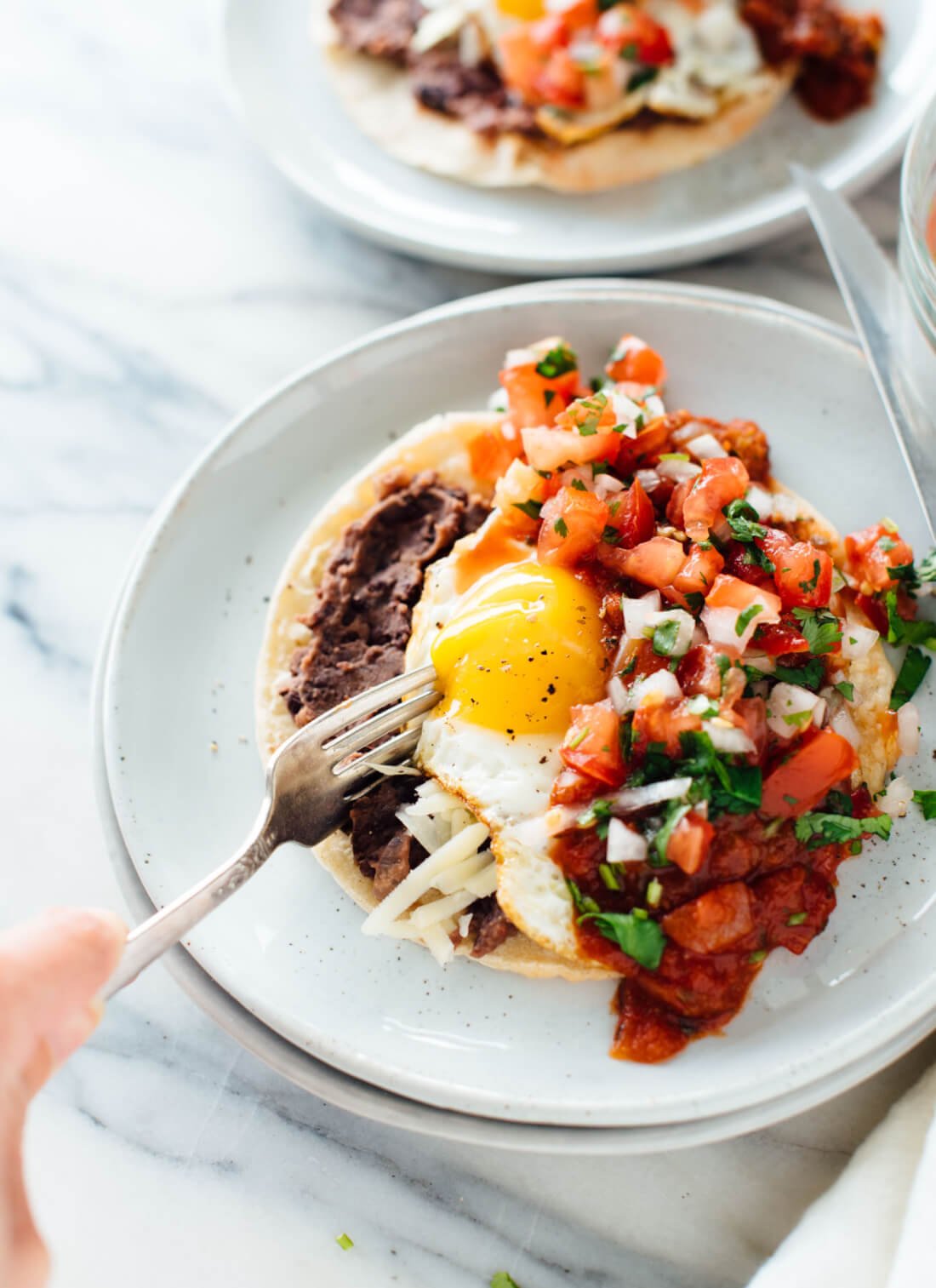 This post is brought to you by Google Home.

Huevos rancheros are the most perfect vegetarian meal. There, I said it. Huevos rancheros (or rancher’s eggs) are a typical breakfast served at Mexican farms, featuring corn tortillas and fried eggs topped with plenty of warmed salsa.

They’re the answer any time I’m craving extra protein or a super hearty, quick meal. I can’t resist them on a brunch menu, either. I’ve been perfecting my huevos rancheros at home, so I’m excited to share this recipe with you! 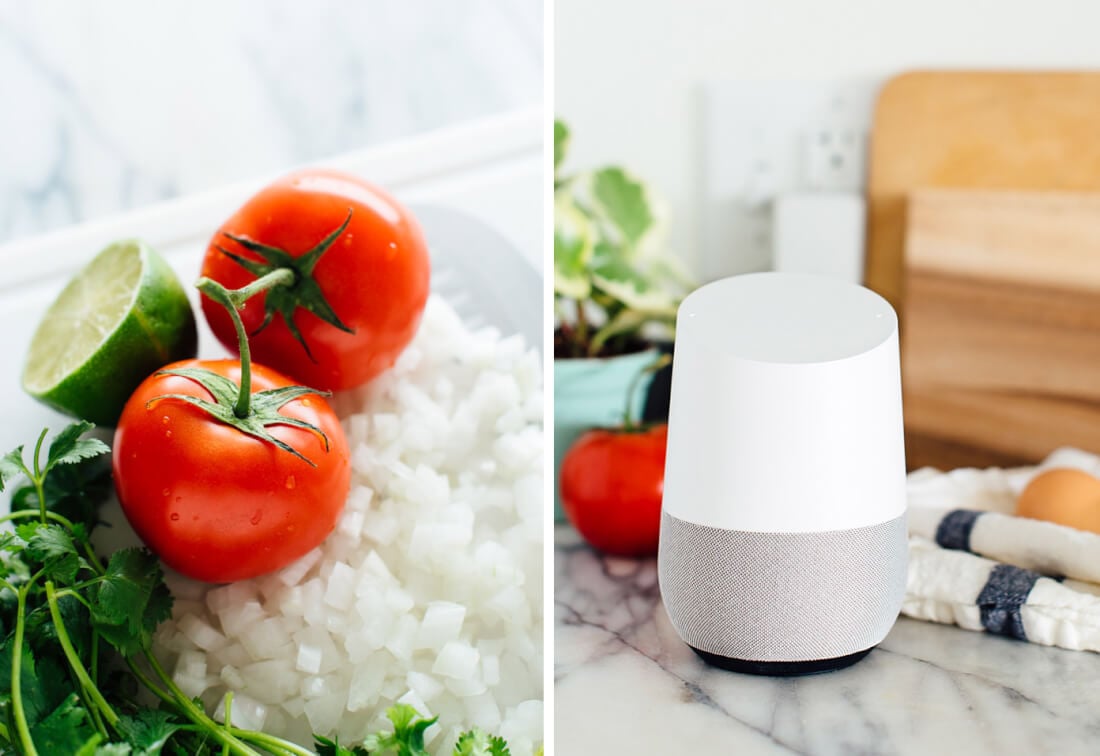 Beans are often a component, and I bulk up my version with lighter “refried” black beans. Then, I coax extra flavor out of my fried eggs by cooking them in a generous drizzle of olive oil, which produces irresistibly crisp edges.

When tomatoes are in season, I top my huevos with pico de gallo in addition to salsa, for extra-fresh flavor. It’s definitely worth the effort if you have access to great tomatoes.