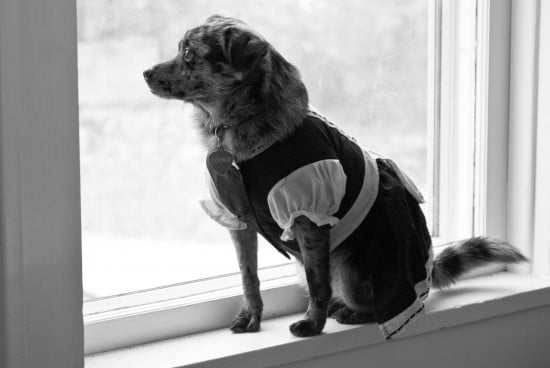 I know Halloween was, like, so last month, but I came across my costume as I was organizing my apartment and decided to share. For the first Halloween of my twenty-four thus far, I decided to be a typical Halloween character: a black cat. Meow.

I don’t even like cats but the costume seemed cute and easy enough. “Easy” until I discovered that all the local costume stores had sold out of the cat sets. I was too invested in the idea at that point, so I set out to make my own. I made my cat ears out of black velvet, which I sewed to a base of cardboard and affixed to a velvet-wrapped headband with a needle and thread. This was no easy feat. I designed the tail to dangle from my wrist so it moved when I moved. It’s raggedy, but in a good way. I’m pleased with the results.

Since I ran out of steam to make a Wonder Woman outfit for Cookie, I dressed her in last year’s Halloween costume: a French maid dress! I bought it at Target and I swear it was the best $10 I ever spent. Cracks me up. Every time. 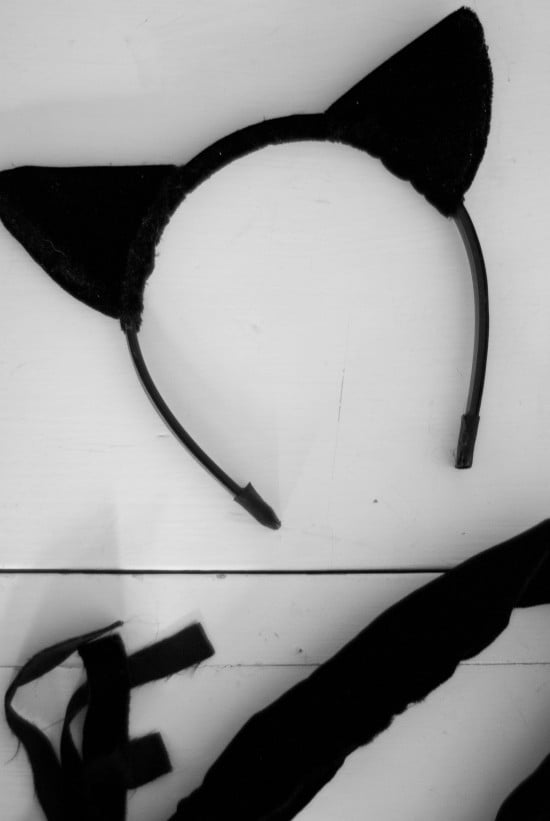 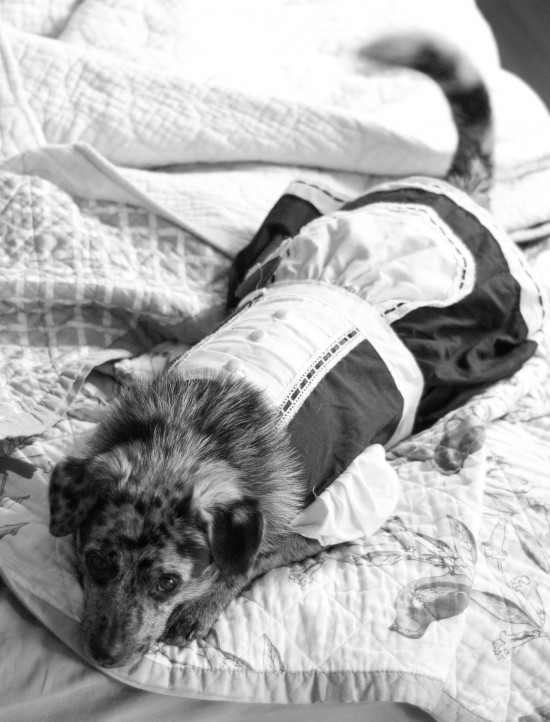 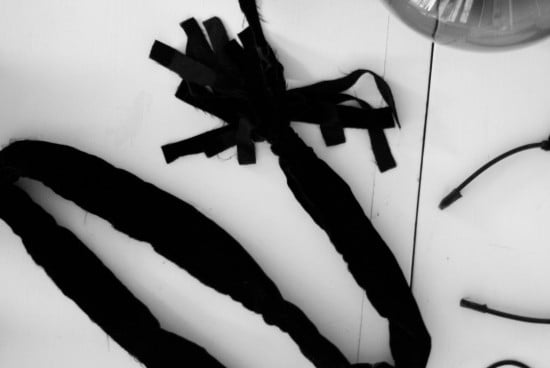 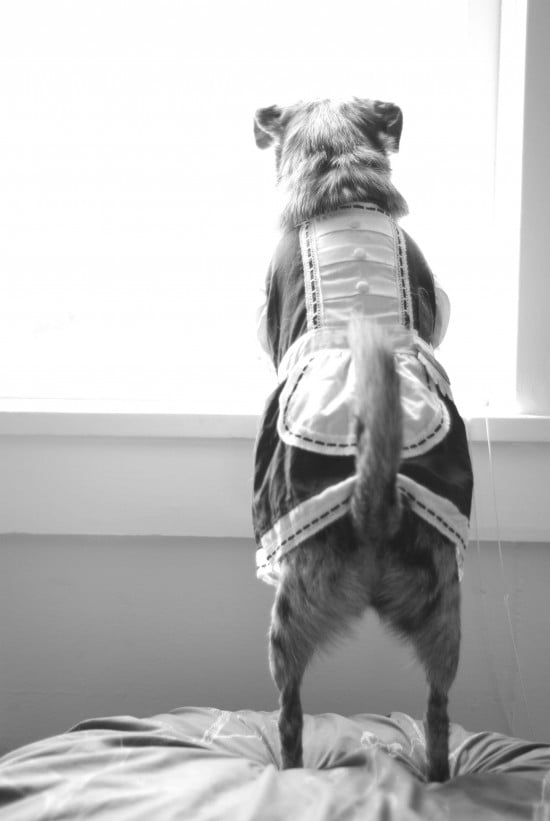 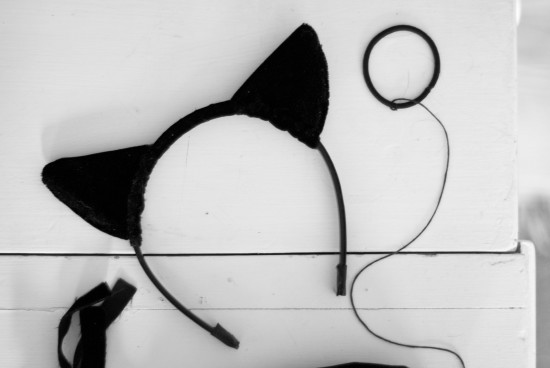 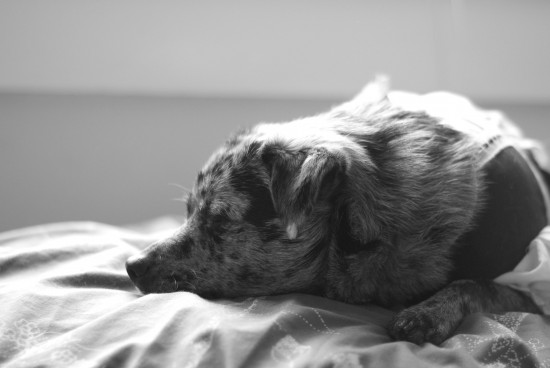 Oh, we humans get a kick out of humiliating our canine companions, don’t we? ;)

Every year after Halloween, I feel inspired by everyone’s creative costumes and vow to remember a few for the next year. Yet I always scrounge for ideas when it rolls around because I never write down my favorites! I’m going to share mine with you so I don’t forget.

Next year I want to be Minnie Mouse—but I won’t wear a standard, store-bought outfit. I’m going to be an old-fashioned Minnie Mouse, the Minnie who wore a little red hat with a white flower popping out of the top. I’m going to make it all myself.

What were your favorite costumes this year? I really want to know; I’ll pull your favorites for a post next year!