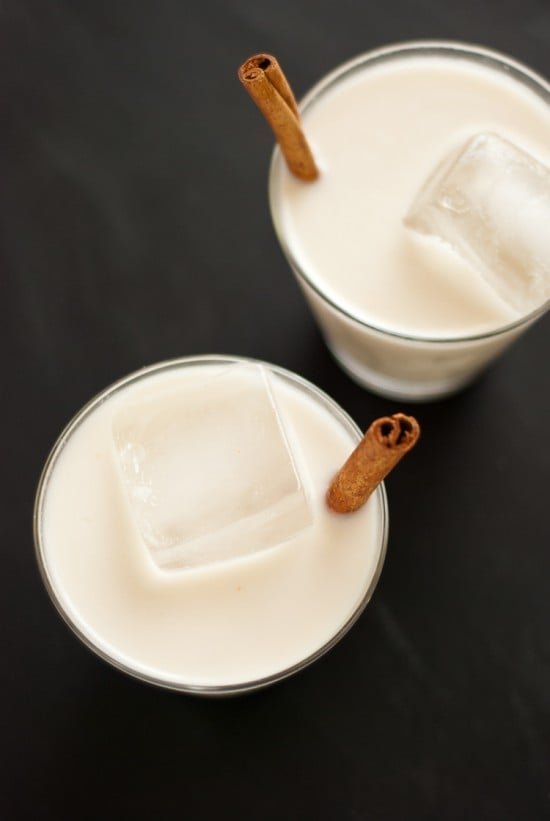 Today I’m popping in to let you know about my guest post over at one of my favorite blogs, Turntable Kitchen. I’ve been a fan of Kasey’s thoughtful writing and inspiring recipes for a long time, but recently had the pleasure of meeting her in real life when we were in New York over the same weekend. Serendipity!

When Kasey asked me to share a recipe inspired by my travels, I decided to make horchata, which is a refreshing, cinnamon-infused rice and almond milk served in Latin America. So far I’ve only sampled horchata in Colorado and New York, but I hope to get a chance to try authentic horchata when I’m in Belize later this week. That’s right, I’m going to Belize! More on that soon. 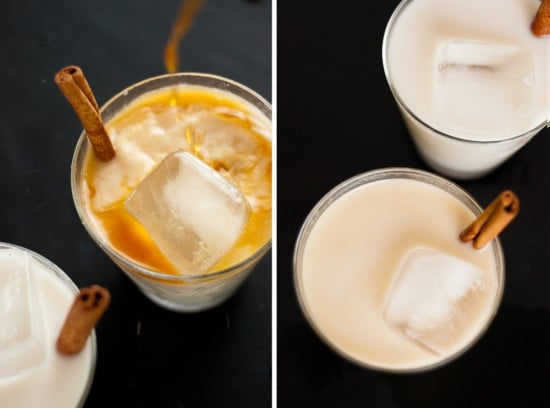 You know me, I couldn’t resist turning my horchata recipe into a cocktail by adding dark rum—an excellent idea, if I do say so myself. If you want to booze up your horchata, I highly recommend adding Gosling’s spiced rum. I also tried Kraken spiced rum (pretty good) and vodka (not complementary). I have a hunch that a White Russian made with horchata instead of milk would be mighty tasty, however. Who wants to come up with a clever name for that concoction?

Lastly, if you’re tempted to make horchata popsicles, don’t—they turn out chalky and icy. If you’re thinking about making horchata muesli, do—and add fresh cherries. Amazing! (Curious about muesli? Check out my post on simple summer breakfasts.) I’ll quit rambling, but thanks again to Kasey and Matt for inviting me to guest post and please give horchata a try soon.

Horchata is a sweet, cinnamon-infused almond and rice milk served in Latin America. I sweeten my horchata with agave and turn it into a cocktail by adding rum! Note that the ingredients require an overnight soak. Recipe yields about 4 cups horchata.

Recipe adapted from Rick Bayless.
*Rice selection: I made my horchata with brown rice because The Kitchn told me I could.
**Almond notes: You can either buy pre-blanched almonds or blanch your own. Just pour 1 ¼ cup whole almonds into a bowl and pour boiling water over them. Let the almonds sit for a minute, then drain them in a colander and rinse with cold water. Use your hands to slide the skins off and proceed with the recipe as directed.