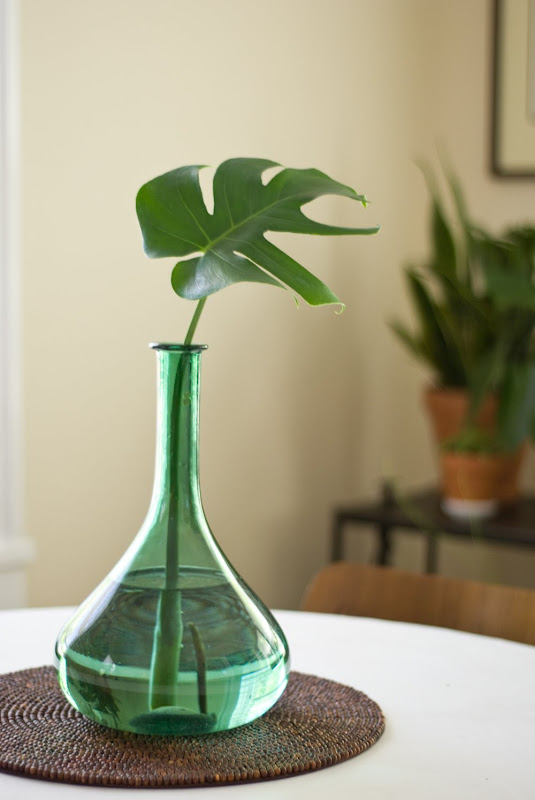 I’m currently enamored with the concept of decorating with large tropical leaves and stem cuttings. When I was in Asheville, North Carolina in March, I admired a large philodendron selloum leaf leaning out of a modern vase. Since then, I’ve been coming across photos of the simple yet striking concept all over the place, and I thought I’d share some of the best with you.

Here are a couple of photos of philodendron leaves used as room accents: 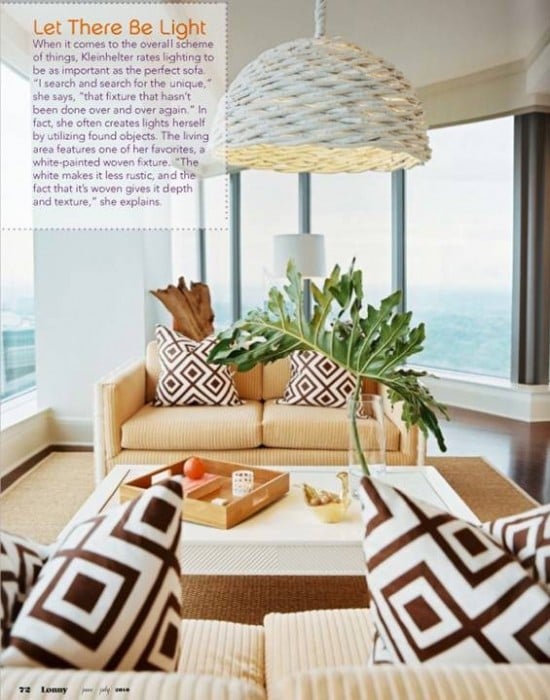 This extra-large philodendron selloum in a clear glass vase was featured in Lonny Magazine’s June 2010 issue. 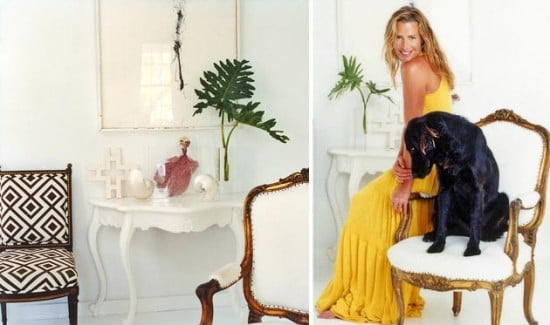 This weekend, I stopped at my favorite local flower shop, Birdie, and picked out a “split leaf philodendron”. I did some research and learned that the plant isn’t actually a philodendron but a close relative to the genus, so the common name is a bit misleading. My plant’s scientific name is monstera deliciosa, which is, without a doubt, the coolest plant name I’ve ever heard.

Monstera deliciosa has a couple other yummy common names, including the swiss cheese plant, fruit salad plant (wait, what?) and “locust and wild honey”. This surprising plant, native to Mexico and Central American, actually grows flowers and pineapple/banana/mango-flavored edible fruit (yum!). It’s a climbing vine that literally starts out on the jungle floor and climbs up trees into the rainforest canopy. Under optimal conditions, the leaves can grow to be up to three feet long, and the vines can reach 70 feet to the rainforest floor! Yowza! (Source) 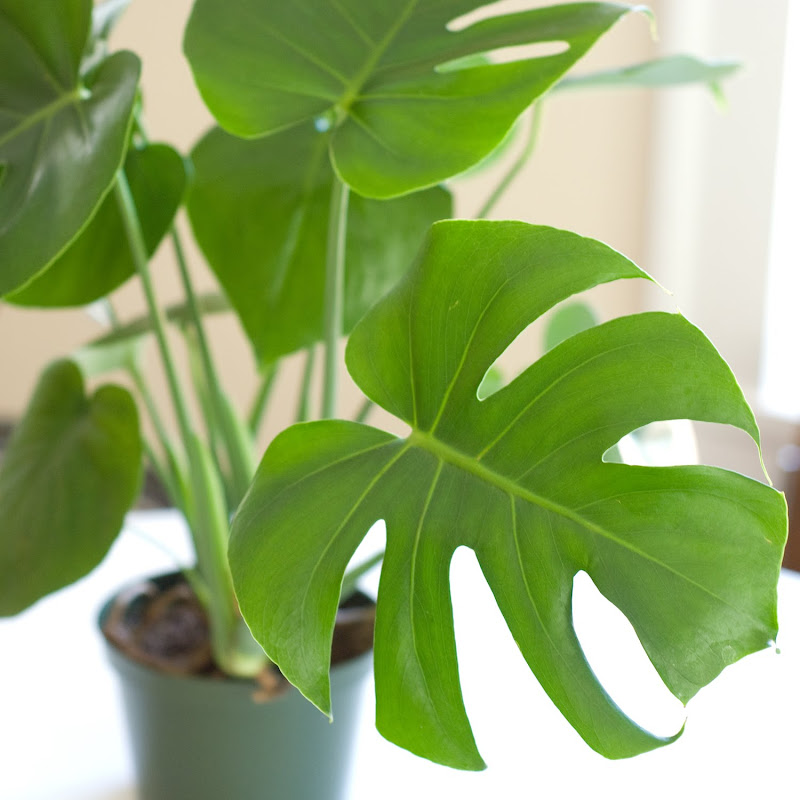 It’s brand new, so I haven’t had the chance to repot it yet. I filled one of my grandmother’s vintage decanters with water and cut off one unruly stem from the base of the plant. I cut as far down as I could and took a bit of the aerial roots along with it in hopes that the cutting will take root.

And now, a close-up: 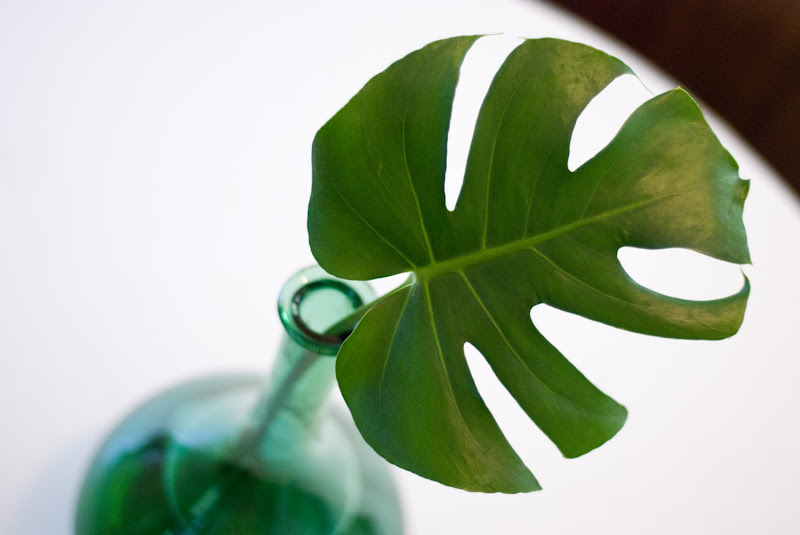 What do you think? Do you have any cuttings decorating your place?