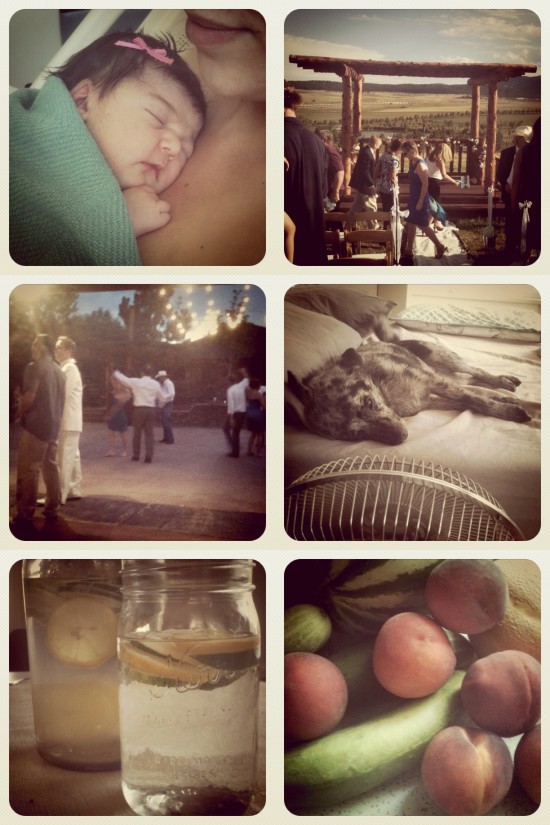 Lately I’ve been talking a lot about food on this blog and not much else. To change that, today I thought I’d share a little about my summer so far. I’d love to hear about yours, too.

Record high temperatures aside, it’s been lovely. Last year, I was working six days a week, which left little time for typical summer activities. I watched the sunrise on hectic morning commutes. Sun rays beckoned through the window in my office building. It was the antithesis of fun childhood summers; grown-up summers won’t ever be so carefree, but they should be enjoyable nonetheless.

This year, I have been determined to experience summer and all that it has to offer. Summer is, after all, the season for long conversations on porches, watching fireflies in the field across the street, and lounging by the pool. Warm summer nights are destined for bike rides and sitting on bar patios with friends.

I thought I’d share some of my summer experiences through Instagram photos I’ve taken along the way. First and foremost, my best friend gave birth to her beautiful baby girl, Ruby. She has ten fingers, ten toes, and a load of dark hair. I’m so excited to watch her grow.

A few days after Ruby was born, I spent four glorious days in the Denver area. Ninety degrees has never felt better! My family and I witnessed my cousin’s wedding vows in the foothills of the Rocky Mountains. My college friend Kirsten graciously offered me her guest room in Boulder [not pictured]. In the span of two days, we biked along Boulder Creek, crashed a hotel pool, and sipped and dined all over Pearl Street. Literally.

Cookie has been staying cool on my bed, napping by the fan. Staying cool is our primary motivation during the feverishly hot afternoons. Oklahoma’s statewide average temperature in July was the warmest on record for any state during any month, a fact that made my formerly very pregnant friend cry. I’ve wanted to cry, too.

I’ve also consumed gallons of cucumber water and loaded up on local fruit and veggies at the Saturday morning farmers’ market. I couldn’t have done peach week without those hardworking farmers.

Summer hasn’t been all fun and games, of course. I’ve been working hard from home, and working hard on this blog. I work for a local magazine, and got promoted to art director earlier this summer. I sent off my second issue to the printer last night. I’ve taken more photos of food than can fit on my hard drive, which seems to be paying off! I’m growing tired of the college town I’ve called home for the past seven years, and I’m contemplating a move.

As I’ve gotten older, I’ve learned to appreciate the changing seasons, and I don’t think I could go without them. They used to be a given, like the phases of the moon, but I’ve realized that the weather remains somewhat constant in other areas. I don’t know how I would mark the passing of a year without the four seasons—I would feel like I lived in Neverland.

The seasons are more to me than just changing weather patterns. They seem to be mother nature’s reminder that we can’t have it all, all the time. I’m trying to focus on the positive aspects of summer, but damn, it’s hot! I take comfort in the fact that I could be, say, eating watermelon by the pool right now. In a couple of months, I’ll be able to enjoy apple oatmeal for breakfast, followed by long walks with Cookie in crisp fall air (I can’t wait!).

What does summer mean to you? Do you live in an area with marked seasons, or more consistent year-round weather? I’m eager for your perspectives!