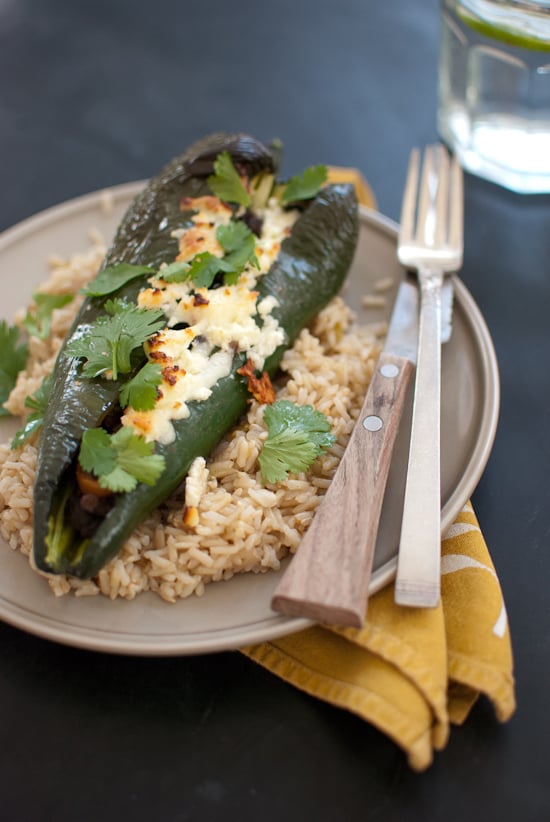 These stuffed peppers are my kind of Mexican food: fresh and full of flavor, filling but not too heavy. They’re the first complete recipe I’ve cooked from Sara and Hugh Forte’s beautiful new cookbook, The Sprouted Kitchen, and I can easily see why they are one of Sara’s favorites to cook for company. 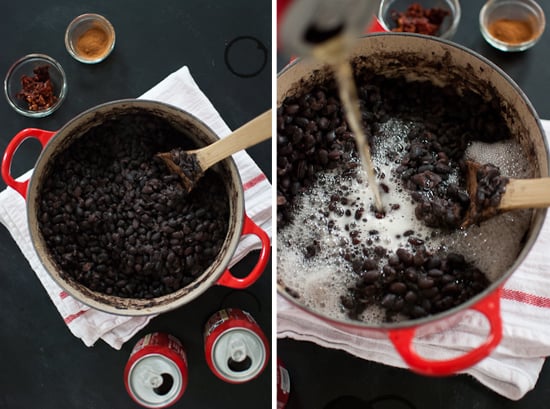 I feel pretty safe in assuming that most of you, as readers of this little whole foods blog, are familiar with Sprouted Kitchen. Sara’s recipes, which are photographed by her husband Hugh, are always vibrant, inspiring and feature fresh, seasonal produce at its finest.

Sara and her publisher, Ten Speed Press, kindly sent me an advance copy, which at first flip through sent my mind into a tizzy with its gorgeous photos and ingenious recipes. The cover of my copy already has a few splatters on it and I expect there will be many more to come. This one is a keeper, friends. I think you are going to want a copy of your own. 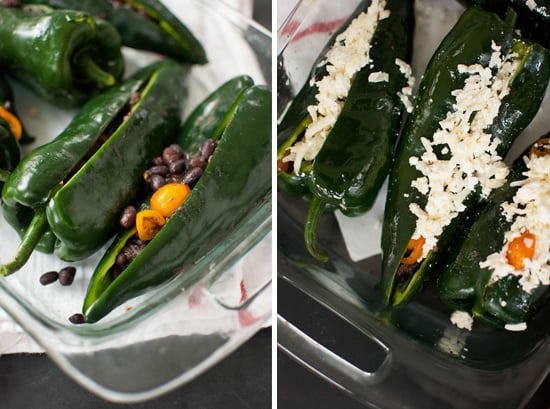 One of my favorite features of the book are Sara’s meal planning suggestions, like which recipes to cook for a brunch with friends or a slow morning at home, make-ahead snacks for house guests and happy hour with the girls.

These peppers are on the menu for a casual dinner for guests, which Sara suggests serving along with her white sangria, papaya and red quinoa salad with Mexican caesar dressing and coconut lime tart. Despite their impressive names, I assure you that these recipes do not call for impossible ingredients or intimidating instructions. They are as brilliantly simple as they are fresh and flavorful. Now then, who wants to come over for dinner?! 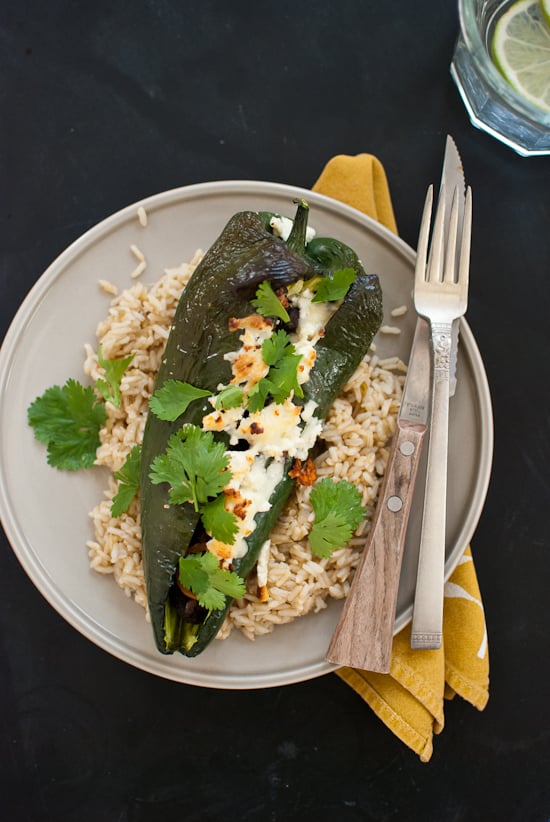 The most time-consuming and variable step here is cooking the beans. Canned beans would be a big time saver; see the notes section for Sara’s recommendations on how to sub them for home-cooked beans.