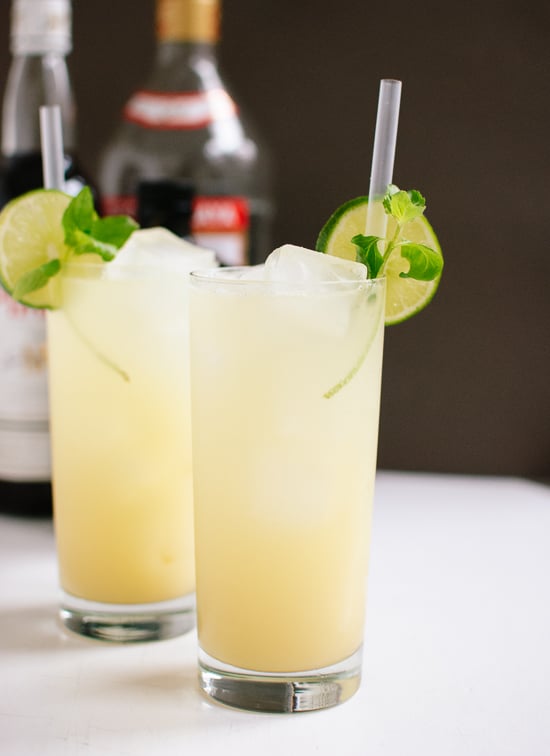 First of all, this ginger beer doesn’t have beer in it. My homemade ginger juice and soda version is non-alcoholic… unless you add liquor, of course.

Second, have I mentioned lately how much I appreciate you all? Thank you for visiting. Thank you for investing your time and energy (and money) into making my recipes. Your comments and emails brighten my days and make this crazy food blogging thing worthwhile. I’m not sure when this dark cloud over my head will clear, but I know that I have to make the most of this one wild and precious life. I’m working on it. 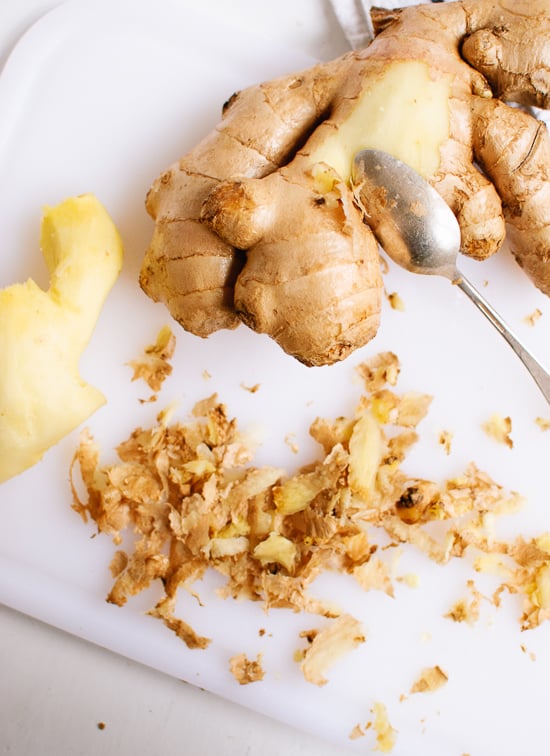 Let’s lighten the mood with ginger. I’ve been totally obsessed with ginger lately. On its own, ginger is fiercely spicy and fragrant. Used in Chinese and Ayurvedic medicine since forever, it’s a powerful anti-inflammatory that boosts circulation and cleanses the body. It can calm nausea and soothe upset stomachs (source: The New Whole Foods Encyclopedia). There’s really not much it can’t do.

Just a hint of fresh ginger lends peppery spice and complexity to savory dishes, and powdered or fresh ginger brightens up baked goods. Ginger has been a predominant flavor in my recipes lately, making its way into ice cream, banana bread, two soups, granola, couscous and pancakes. Ginger beer features the flavor most prominently, which I love. One sip warms me up from the inside. 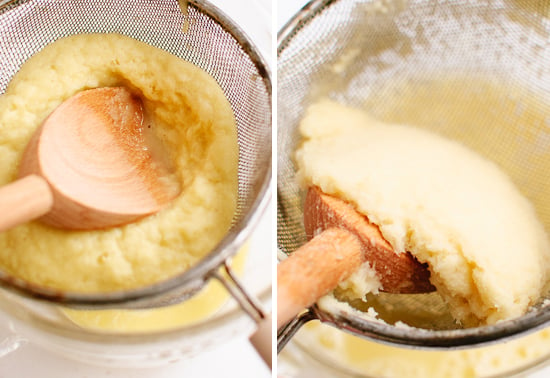 Ginger beer has traditionally been brewed with a live culture, which creates carbonation as it ferments. These days, most ginger beers available in stores are non-alcoholic. Ginger beer is like ginger ale, but with a lot more kick. It tends to be more cloudy and less sweet than ginger ale, and the ginger flavor is unapologetically in your face. Most recipes for ginger beer and ginger ale have you cook the ginger in sugar water to mellow the flavor, but this recipe uses raw, pungent ginger. Beware: my ginger beer concentrate is for serious ginger lovers only.

To make this ginger beer, you’ll just need a blender or food processor and a good fine mesh strainer. My rusted hand-me-down strainer let too much ginger pulp through, so an upgrade is in order. You’ll also need a big spoon, lots of raw ginger, lime and club soda (because you won’t want to drink the undiluted concentrate). 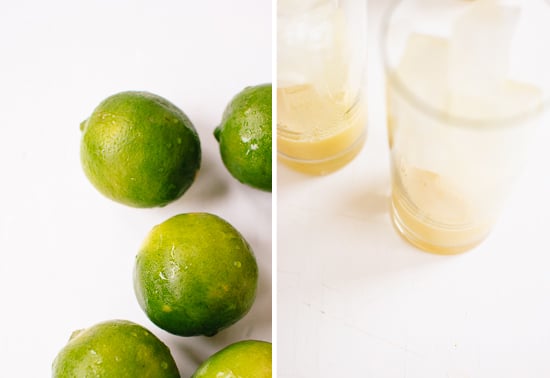 Ginger beer is delicious on its own, but it also happens to make the best cocktails EVER. Mix ginger beer with a healthy splash of any basic liquor, squeeze in some lime, and you have your self a simple and refreshing highball. You could just buy ginger beer at the store, but most (like Reed’s) are too sweet for my taste.

Here’s a basic list of ginger beer cocktails (let me know if you have any to add): 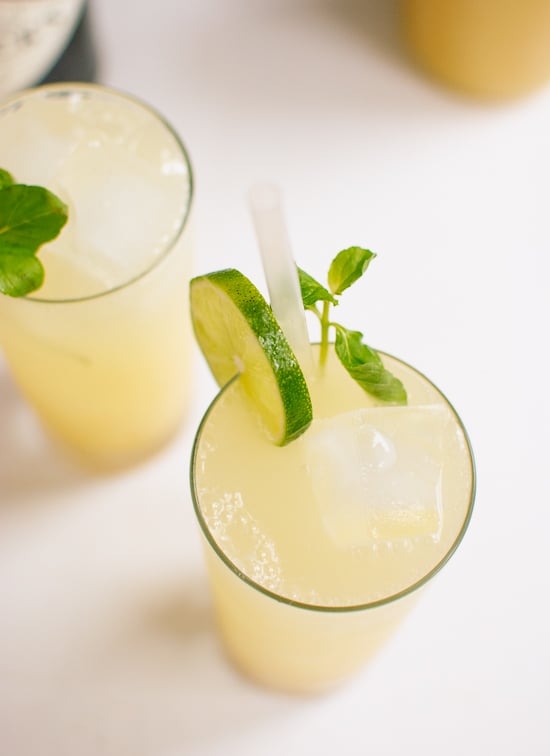 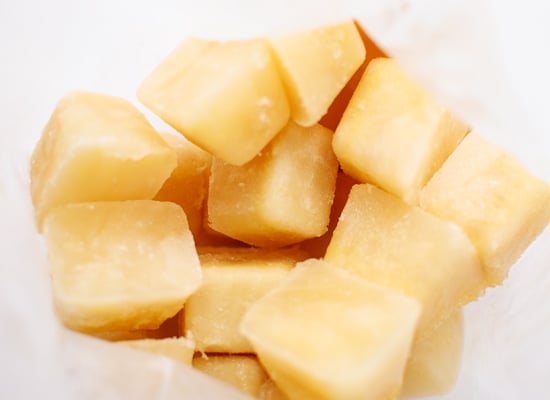 P.s. If you’re looking for a simple savory dish to put together this week, I highly recommend this Greek quinoa with avocado, arugula and cherry tomatoes. Find my version of BHG’s recipe at the Delish Dish blog.