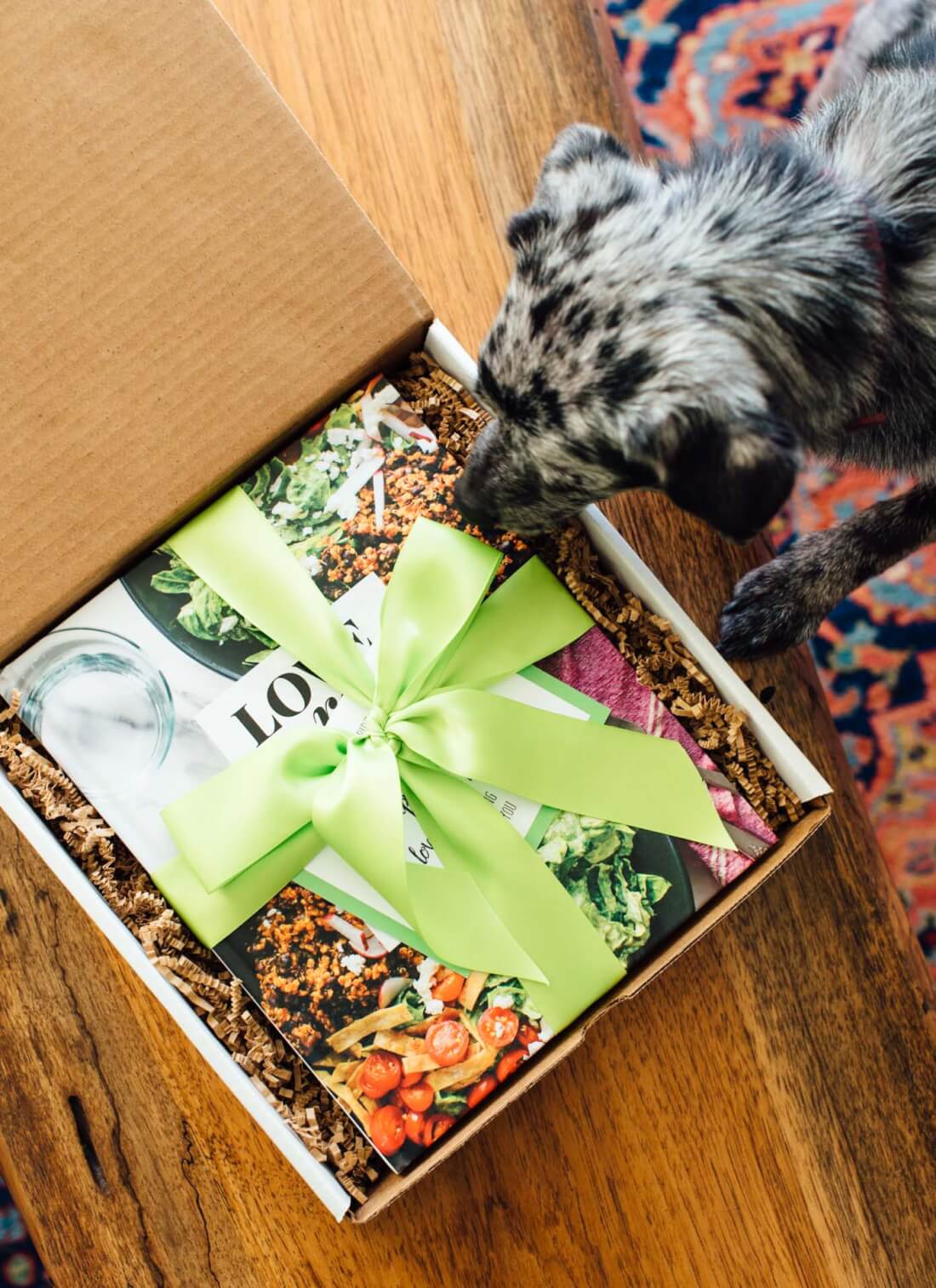 Good morning! I haven’t said this enough, but thank you, thank you, thank you to everyone who has pre-ordered Love Real Food. You’re setting it up for successful rankings and I really appreciate your faith in my cookbook. I worked so hard on every aspect of the book and I’m just dying for you to get your hands on it.

As a thank you, I’ve compiled a free digital “Companion Guide” to the book. It’s a nine-page, print-friendly PDF (see below). It includes the cheat sheet from the back of the book, in case you would rather print it off than cut out the pages. You’ll also get the full kitchen equipment rundown that we had to cut from the book, and a handy grocery list with checkboxes. 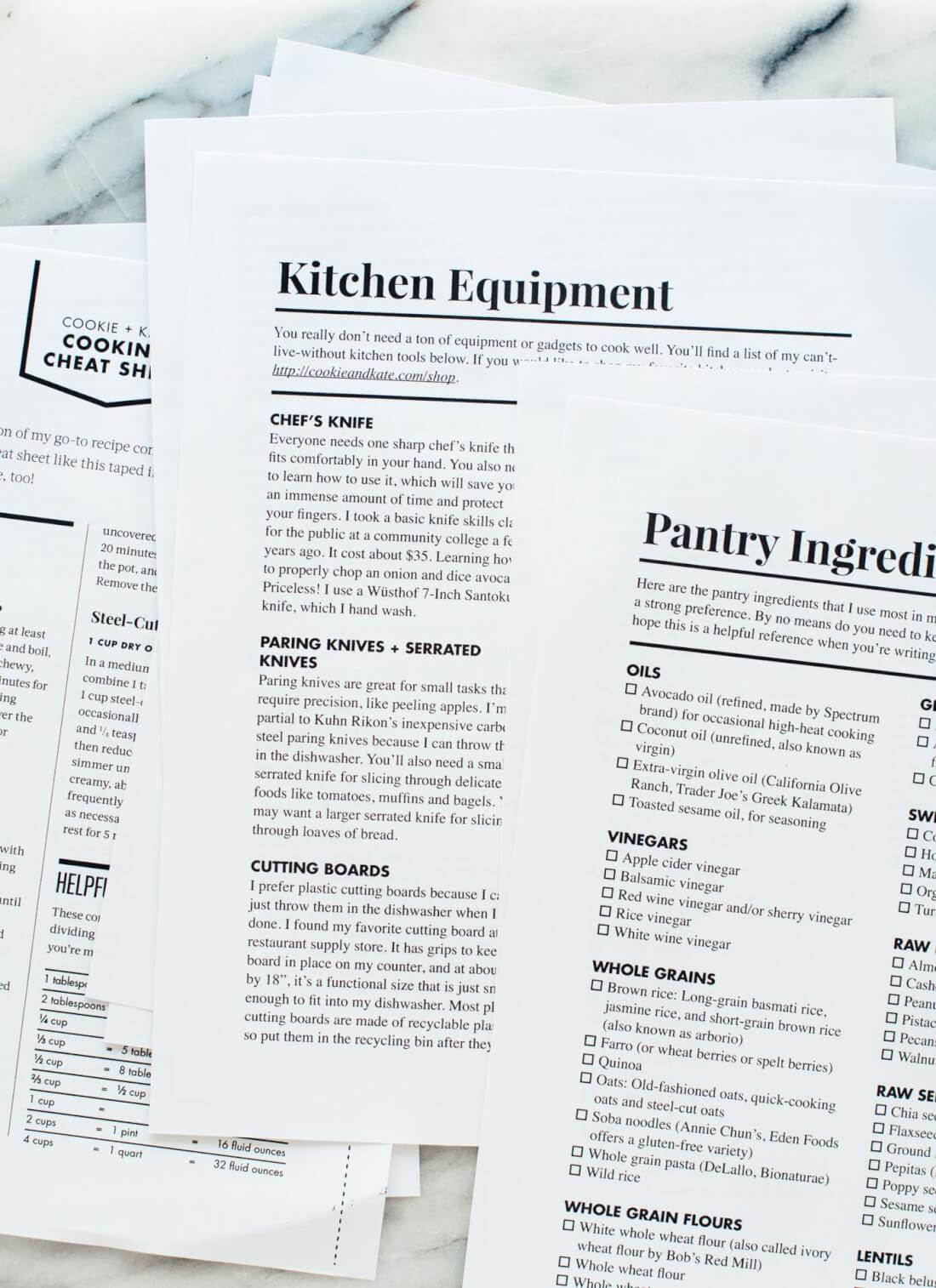 The Companion Guide is exclusive content for people who pre-order—if you haven’t yet, you can pre-order on Amazon, Barnes & Noble, IndieBound, BAM!, Indigo, Anthropologie or iBooks. Once you’ve pre-ordered, get your Companion Guide here.

Enough about that! I’m sharing my recipe development process with you today. If you’re a cookbook collector, aspiring cookbook author or process nerd (hey friend), this post is for you. I stole the idea from Adrianna and Ashlae, so check out their posts for more perspective on the subject. Are you ready?

I put so much thought into the recipe list for Love Real Food. In the proposal, I included a tentative recipe list of over 100 recipes. Emphasis on tentative—I hadn’t actually tried them yet, but they seemed like delicious ideas that would work well together.

I thought about what kinds of recipes belonged in a fresh, wholesome vegetarian cookbook, and how to make the most awesome version of each. I wondered how to present the more creative recipe concepts so that they seem both enticing and approachable. I pondered how to incorporate a few favorites from the blog while keeping the rest of the cookbook’s recipes distinct from my existing recipes.

I also thought about how the recipes would fit together overall. I wanted the book to be full of “feel-good” favorite recipes and I wanted it to become your go-to cookbook. I purposefully chose recipes that would be more all-season than seasonal, and I worked with ingredients that are generally available and easy to find.

While this blog is always evolving with my cooking skills, taste buds, sources of inspiration (like my recent trip to Morocco) and the seasons, a cookbook is inevitably a more static representation of a specific time period. I’m a perfectionist and the permanence of it scared me. It still does, to be honest. I gave this book my absolute best effort and I find peace in that.

Once I signed an official cookbook deal, I dove right into recipe development. No time to waste! In the research phase, I opened up approximately 1 million browser tabs and surrounded myself with cookbooks. I often pulled pieces from my existing recipes to use as starting points and found guidance on complementary flavors in The Flavor Bible.

For more standard concepts, like lasagna, I skimmed through lots of recipes for common ingredients and ratios, and interesting twists on ingredients or method. I read through recipe ratings to look for common pitfalls. I flipped open my go-to reference books by America’s Test Kitchen, King Arthur Flour, and Deborah Madison, and read through their introductions for clues.

Then I took Cookie for a walk, or went to yoga, and got some sleep, and let my subconscious sort through the details. Eventually, I sat down and crafted a first draft for each recipe. The first drafts were always super rough, with missing amounts and questions in all caps so we wouldn’t forget to make notes on them along the way. 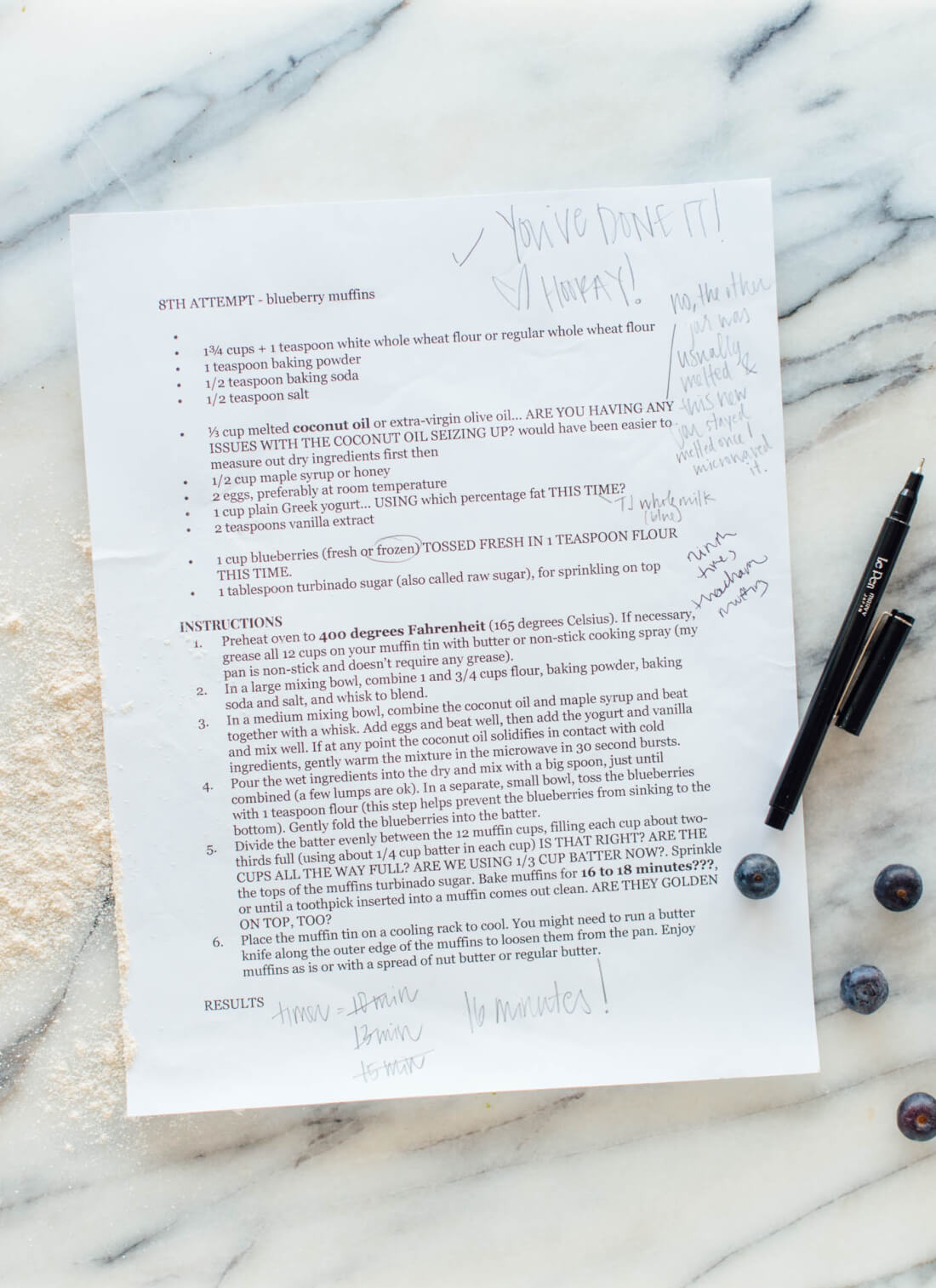 If you have any romantic notions of cookbook making, I’m going to burst your bubble here. Recipe development is messy and difficult. I struggled with this phase because, while I love food, I don’t love to develop recipes at a rate that far surpasses my own appetite. My taste buds get tired and I don’t like to feel over-stuffed, and often the recipes on the agenda aren’t the meals that I’m in the mood to eat that day.

Nevertheless, this book was a big dream of mine, and I can’t complain about having a surplus of food. When I found myself vastly over-thinking the recipes, I hired a local assistant (Mara!) to come recipe test with me. She offered invaluable feedback and a much-needed second opinion, and talked through the options with me. Mara is pure sunshine and I wouldn’t have made it through the book without her.

Mara was in nursing school at the time and came over on Fridays to help recipe test. I prepared and updated recipe drafts before she came over, and she usually stopped at the grocery store for ingredients on the way over. We often worked through ten recipes in one day, which is way more than I could possibly accomplish on my own. At the end of the day, I sent her home with lots of leftovers to take home to her husband.

The recipe list changed substantially throughout this process, because a lot of my “brilliant” recipe ideas weren’t so great in reality. The burst cherry tomato pesto sandwich turned into crostini, the mango coconut pie was tasty but too much work, and the peanut broccoli slaw just wasn’t awesome enough.

I kept all of my drafts in an app called Evernote (my brain would implode without Evernote, but that’s a whole other post). Each recipe got its own note, and I pasted each revised draft below the last, with notes on outcome and questions for future tests. I have notes on 162 recipes, and just over 100 made the cut. 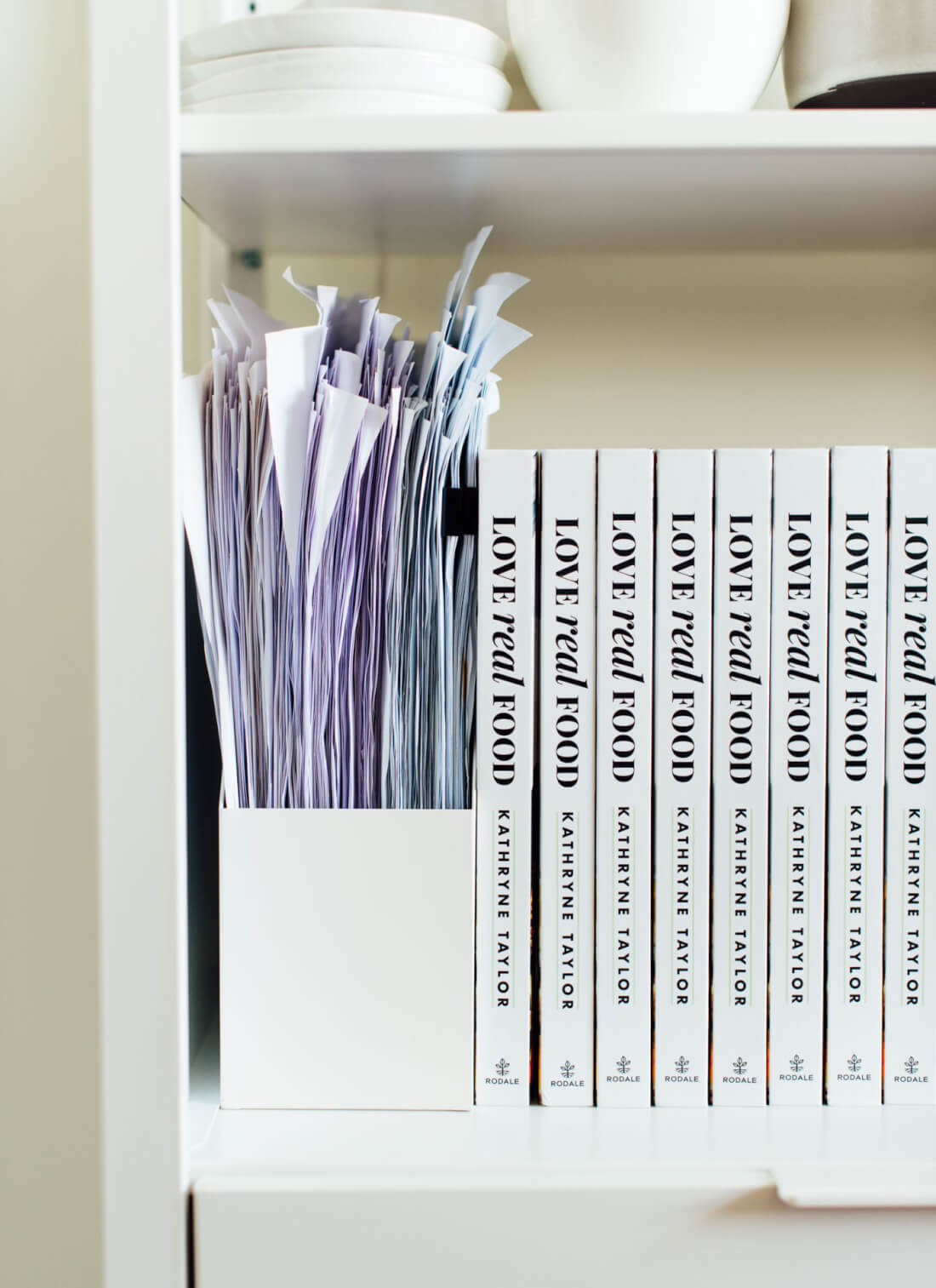 You might think that writing one short paragraph about a recipe would be easy, but it isn’t. I wanted each headnote to be some combination of interesting, informative, and fun to read. I parked myself at my desk for hours as I recalled childhood memories and wrote about Cookie’s obsession with carrots and kale.

The details were tricky business, too. Have you ever tried to use words to describe how to roll enchiladas or layer lasagna? After years of responding to your recipe questions on the blog, sometimes I feel like I have voices in my head. :) I tried my best to provide every detail you might need—like, where to find spring roll wrappers and what to substitute for peanut butter if you are allergic.

I wanted to feel 100 percent confident in the recipes before they hit the printer, so recipe testing was super important. We had at least three recipe testers for each recipe, with Mara always being the first. We tested every special diet variation, so our 100 recipes became quite a bit more. Then we sent each recipe to two to four recipe tester volunteers.

Our recipe testers were amazing. We had a group of over twenty volunteers who proactively offered their help. The recipe testing process was a logistical feat, and here’s how we managed it. I made a Google spreadsheet with columns for the following:

I exported each final recipe as a PDF. Mara then sent the PDF to each tester who requested it, using a template email that included a link to the Google feedback form. I based the feedback form on similar forms that other blogger/cookbook authors had offered me. Here it is:

Mara also fielded questions on the recipes and helped me stay organized. I wanted to think the recipes were finished when we send them off, but their feedback was so helpful and made the recipes much better.

Recipe testing was a big lesson on the subjectivity of flavors and recipes. Sometimes one recipe tester would gush about a recipe, and another one would tell me it was just ok. Sometimes I received suggestions that I tried and disagreed with. This was all painful because I wanted each recipe to be perfect, which is impossible! Ultimately, I had to make the final call. 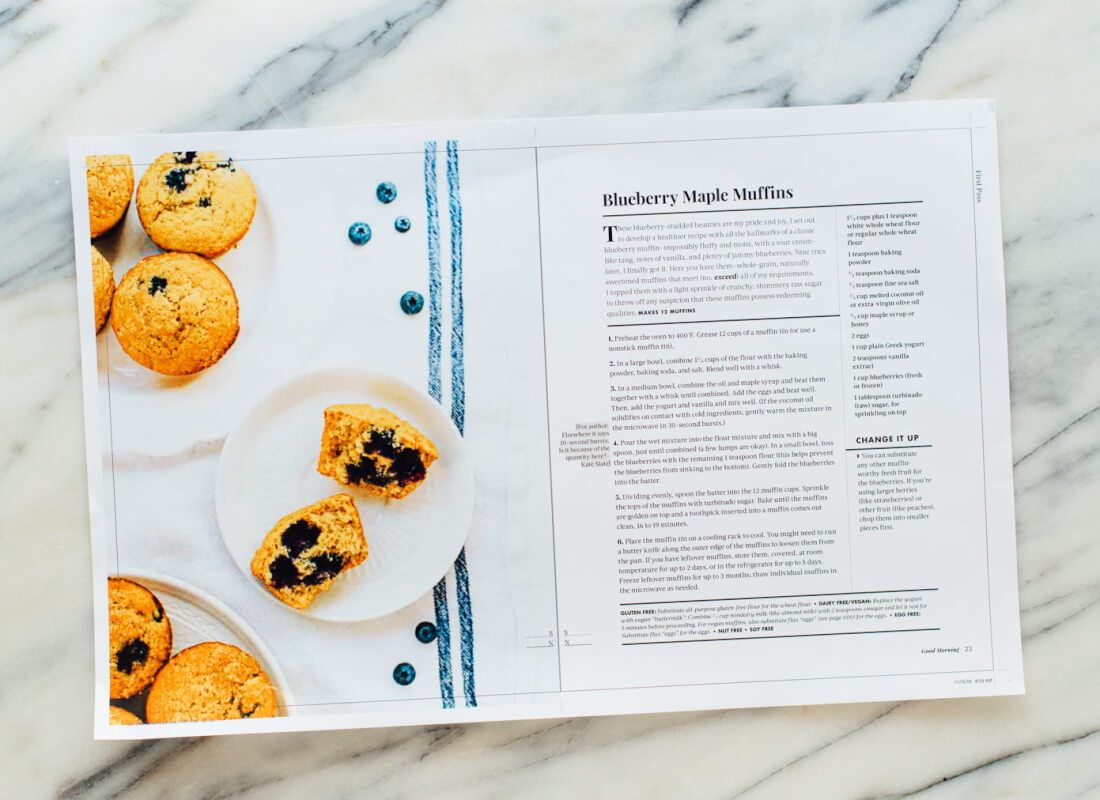 Once all of the recipes were in order, I sent off the document to my editor, Dervla, for the first round of edits. She offered more global suggestions, which were scary to read at first, but she’s incredibly nice and her feedback was entirely constructive.

Due to space constraints, we had to cut some of the introduction (including the equipment rundown that you can get in the pre-order bonus), significantly shorten the ingredients information (in hindsight, some of it was overkill) and we cut a few recipes (which I’ll be sharing on the blog soon).

The second round of edits with the copy editor, Kate, were tough. She tore apart the recipes and found every little inconsistency and issue. I re-tested recipes that were missing a timing detail or had a question on yield. Sometimes I disagreed with her changes or suggestions and argued my case. Going through this process was tough, but I learned so much along the way. I owe editor Kate a big thank you for making me a better recipe writer—thank you, Kate!

Kate and I went back and forth again, and then the book survived a couple more editing rounds. Rodale’s team helped make it the best it could possibly be. Once it was finally, officially finished, they sent the files to the printer. Three months later, I got a copy in the mail with a big green bow on it. I can’t wait for you to see it! 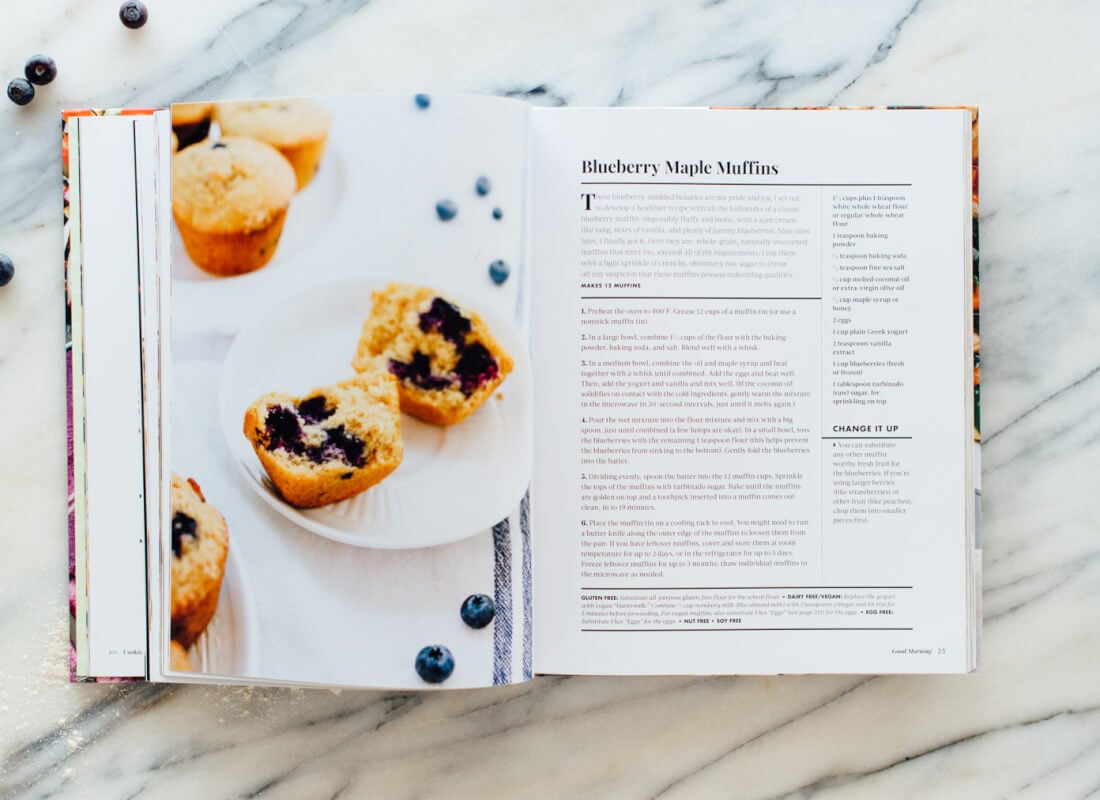 For more information about Love Real Food, click here. If you have pre-ordered, get your Companion Guide here.