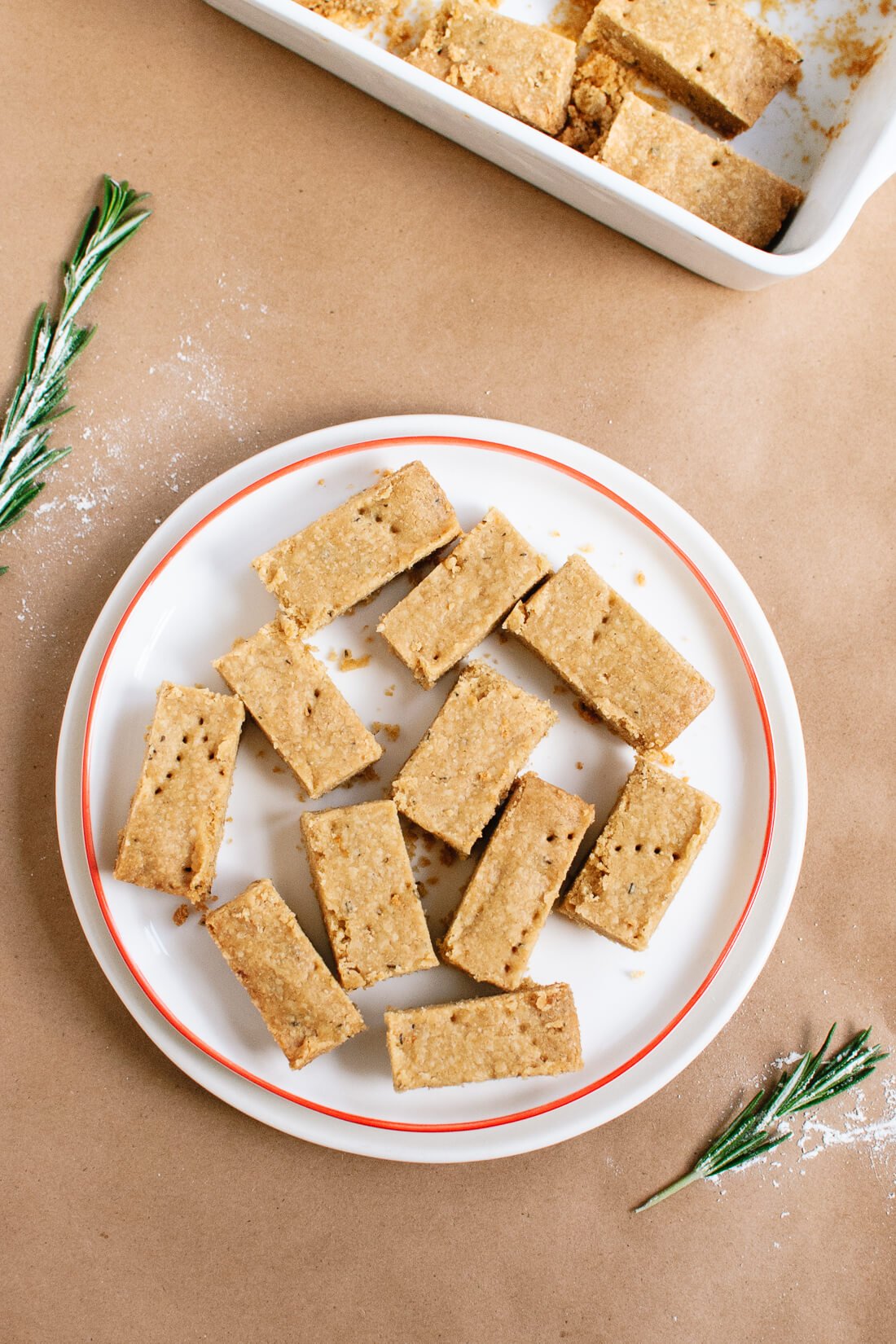 My grandmother Mimi was known for her homemade shortbread. Unfortunately, I can’t remember ever tasting her shortbread. She was 70 years old when I was born and, naturally, her cooking aspirations declined with age. By the time I was old enough to help in the kitchen, she wasn’t doing much cooking. We made old-fashioned fudge together, I remember that. She always served me bacon and Welch’s grape fruit for breakfast because it was just what I wanted.

I pick up on little tidbits about Mimi’s cooking from my dad, like that she fried her grilled cheese sandwiches with some shredded cheese on the outside like I do. And last winter, the scent of my friend’s pot roast almost brought me to my knees—not because I love the smell of beef, but because it took me back in time to Mimi’s kitchen. 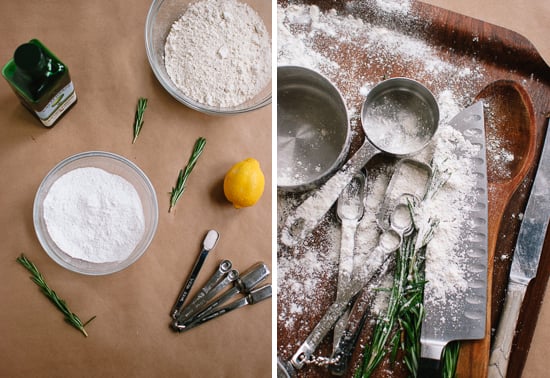 Mimi was born in 1915, the last of five children. My great grandmother’s family came from Scotland so maybe shortbread runs in the blood. Rumor has it that in high school, Mimi decided to add an “e” to the end of her middle name because she liked the extra flourish it provided. Mildred Kathryne looks nice, I think. She had two sons, seventeen years apart, with my grandfather. The love of her life. When I was little, their exceptional fondness for one another was as real and warm as Mimi’s soft cashmere sweaters. 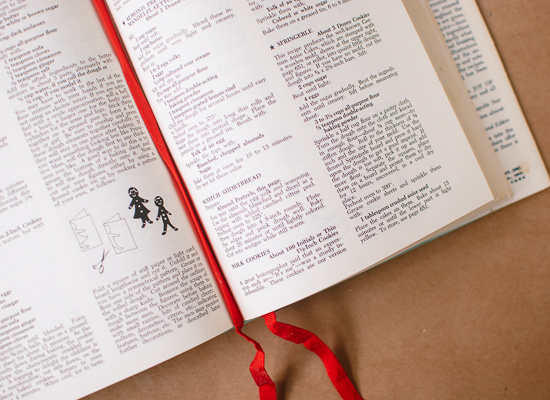 The subject of Mimi’s shortbread tends to come up around the holidays. I have wanted to attempt it for a while now, but I was afraid mine might not match up. After all, I don’t know what her shortbread tasted like. I don’t know if she shaped it into round cookies or petticoat tails. I’m not sure I have her recipe. All I know is that I have her brown eyes, her long piano fingers and her name. Surely that counts for something.

Since Mimi isn’t here for me to ask about shortbread, I conceded that I would just have to figure it out the hard way, through intuition and trial and error. I would have to come up with my own favorite version. Then California Olive Ranch, makers of my favorite, go-to olive oil, challenged me to come up with a holiday treat made with olive oil instead of butter.

I thought that since I’m making this shortbread my own, I’d try it with olive oil. Not because I have any problem at all with Mimi’s buttery shortbread—she lived to 90 and I don’t think butter did her any harm—but because the concept of an herbal, lemony, sweet and savory olive oil shortbread appealed to me. Plus, using olive oil instead of butter would make the recipe dairy free/vegan, so more people could enjoy it at holiday parties. I picked up a bottle of California Olive Ranch’s everyday olive oil for a little over ten dollars at the local health food store and got to work. 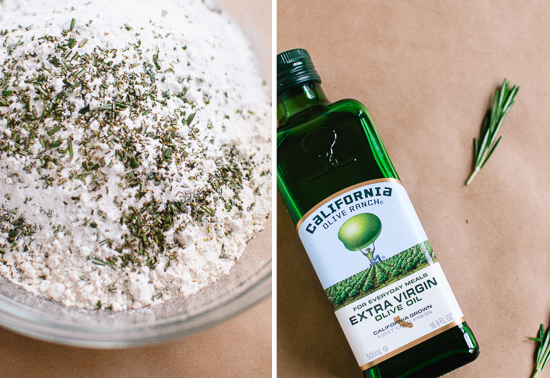 I found a recipe for Scotch shortbread in Mimi’s tattered copy of Joy of Cooking, so that seemed like a good place to start. I went online and read about standard ingredient ratios for shortbread and the history of shortbread (it was first made in Scotland out of oat flour). Oat flour sounded like a good idea to me at first, since I could then share the cookies with my gluten-free friends. My oat flour and olive oil shortbread was a mess of crumbs, though.

Four batches of shortbread later, I have finalized my own shortbread recipe. I think Mimi would approve. I ended up using white whole wheat flour, which holds together a little better than the oat flour and is more manageable than whole wheat pastry flour. I added sea salt to enhance the complex flavors found in the olive oil. I also had the best luck with baking the shortbread in a square baker; no matter how long I chilled the dough, it was still difficult to shape into rounds. The method written below yielded the best texture and flavor. Be sure to follow the instructions about cooling the shortbread a little before slicing or it will crumble on you. 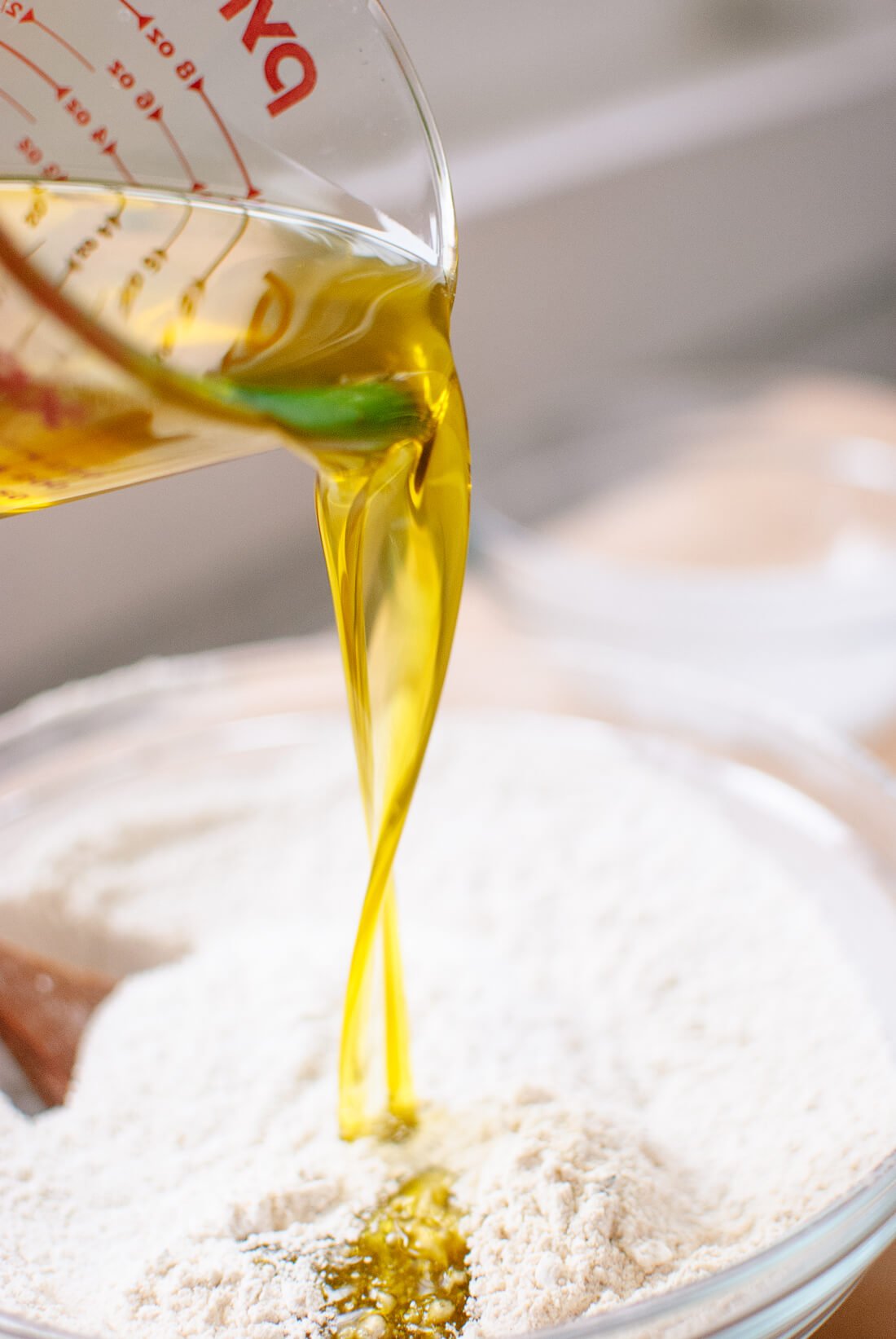 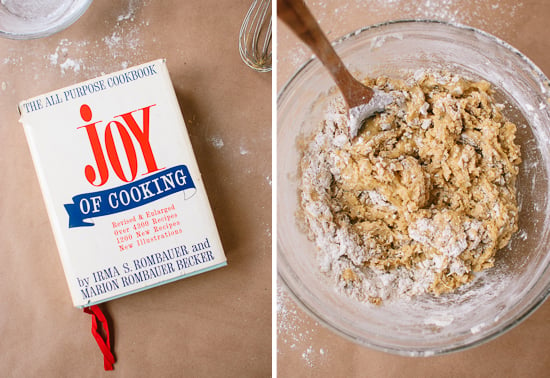 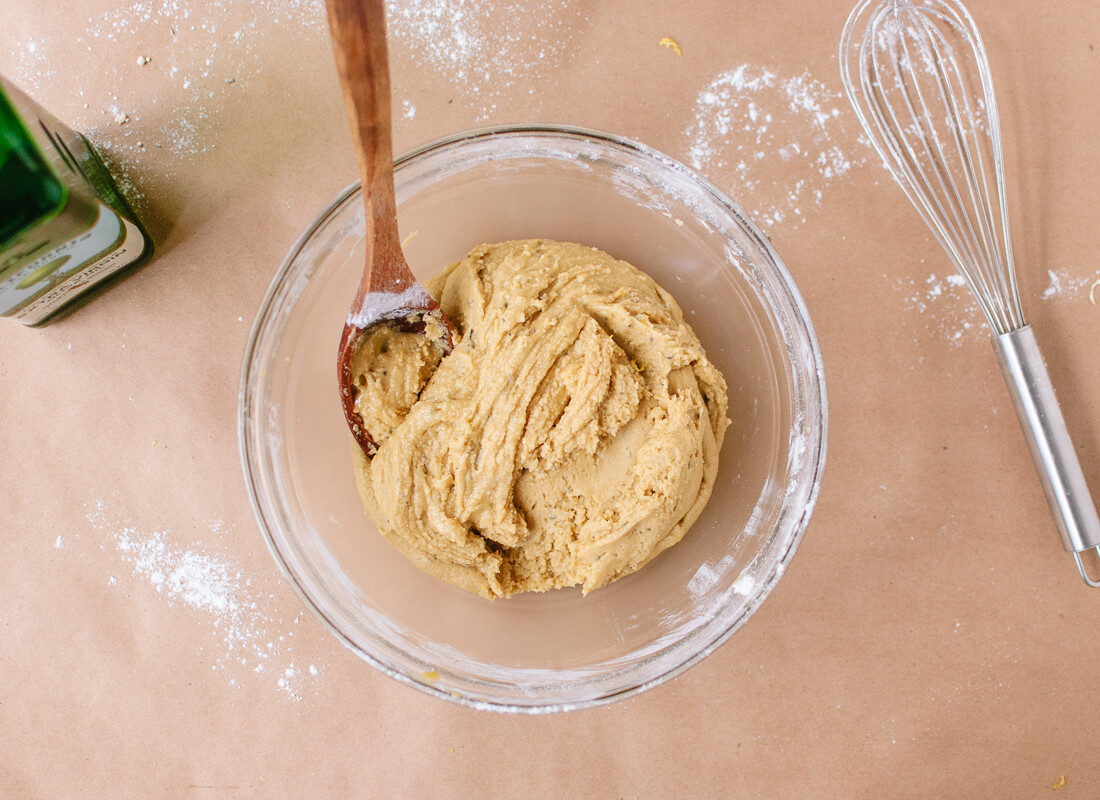 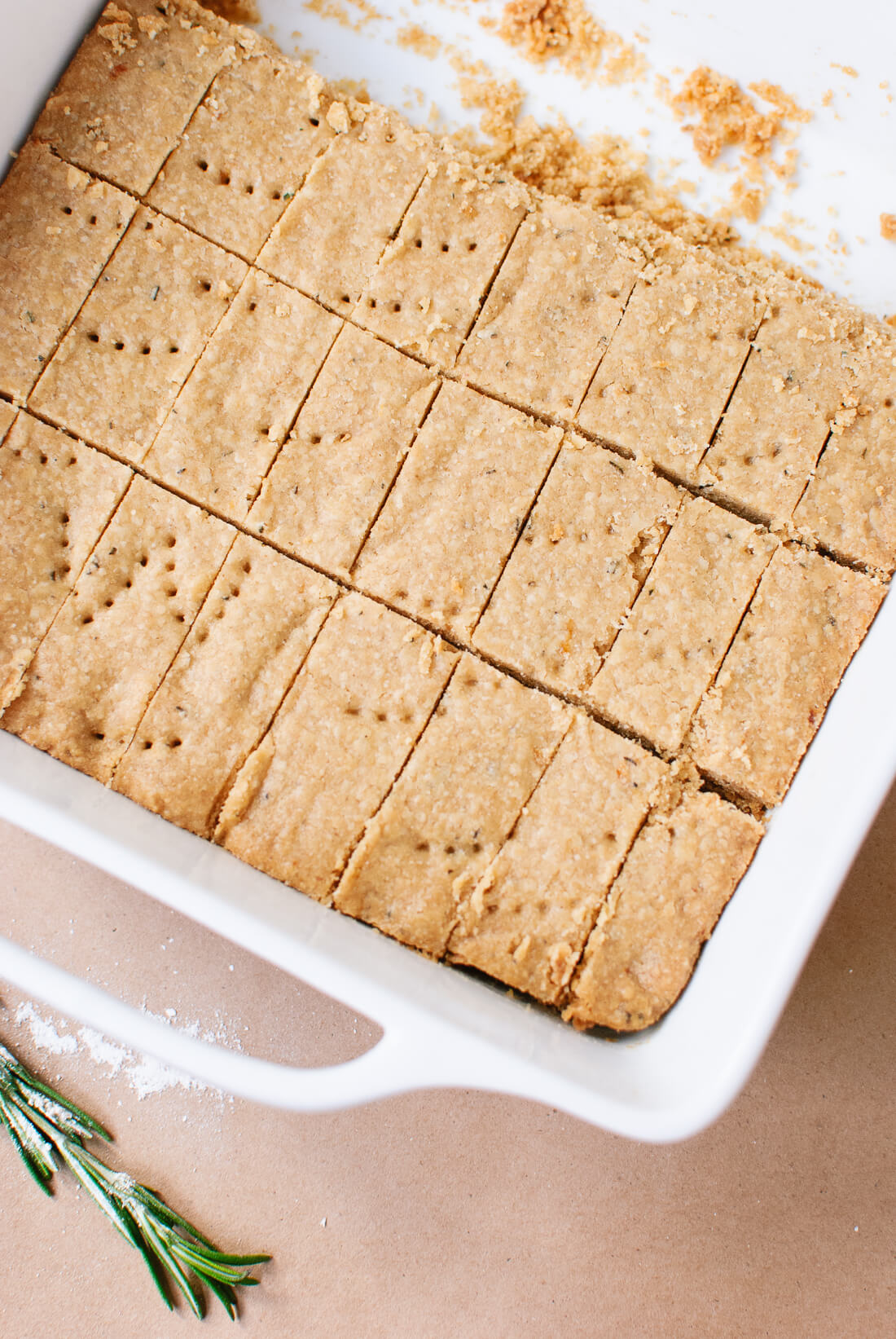 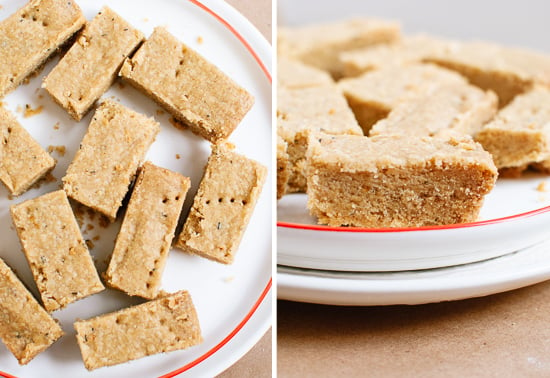 Light and crisp, sweet and savory shortbread made with olive oil instead of butter.

This post is sponsored by California Olive Ranch and I received compensation for my participation. Thank you for supporting the sponsors who allow me to serve up more recipes. Opinions are my own, always.