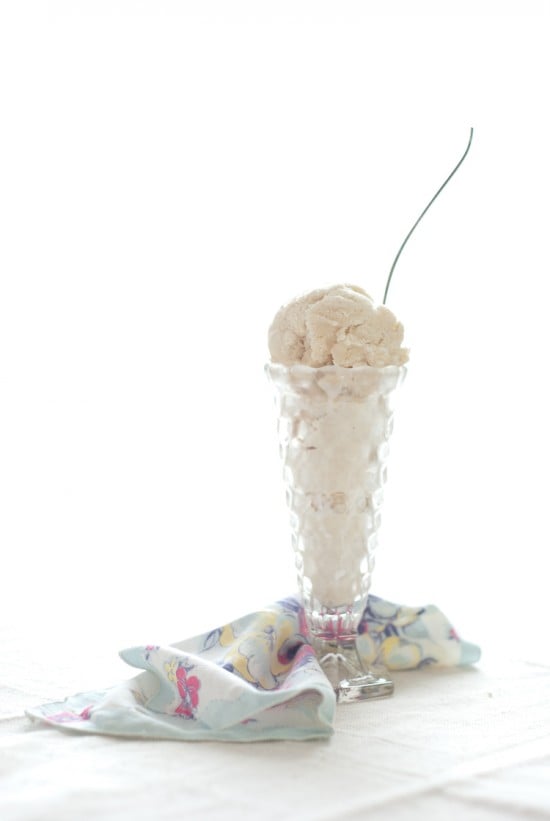 When I bought an ice cream maker, I envisioned an endless supply of homemade vanilla bean ice cream, on the ready for topping warm homemade desserts. My fairy tale became much more feasible this week when I discovered that I could adapt my fresh mint ice cream recipe into a light vanilla bean ice cream. Now that I know how to make it, I hope to have a pint in stock at all times. I’m in ice cream heaven!

This ice cream perfectly scoopable straight from the freezer, and whether savored on its own or topping an oven-warmed dessert, it’s a perfect scoop indeed. Lighter than most, it calls for 2% milk and half and half rather than whole milk and heavy cream. It’s more like an ice cream/gelato hybrid than an intensely creamy, heavy ice cream. Homemade ice cream recipes generally call for 5 to 6 eggs, but this one only requires 2, which makes it less expensive, too. That said, organic milk and eggs go a long way in making this ice cream so tasty. They’re worth it! 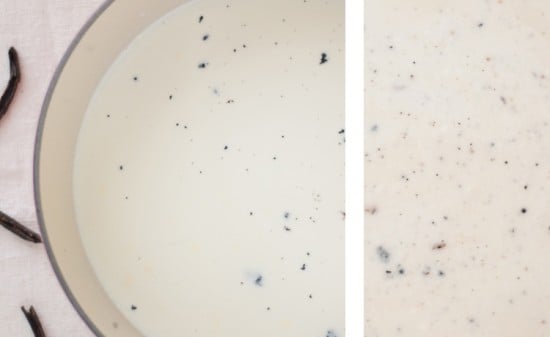 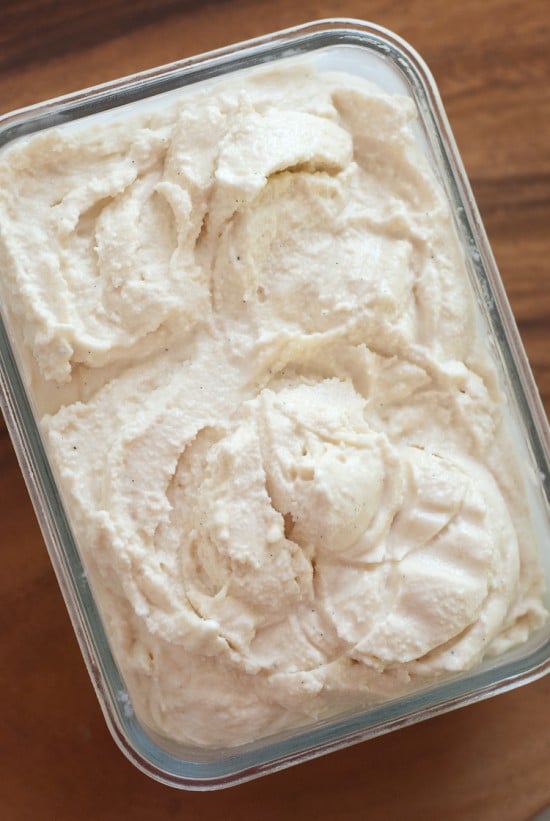 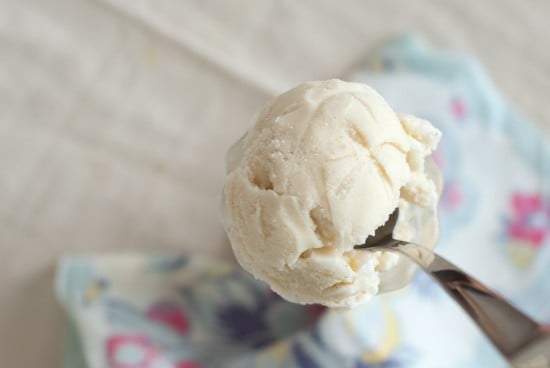 Delicious vanilla bean ice cream is the perfect topping for warm desserts or on its own. This lightened up recipe is made with 2% milk and half and half!

Since today is officially the first day of fall, let’s hear it for fall desserts! What’s your favorite? Be sure to comment below or on my new Facebook page!