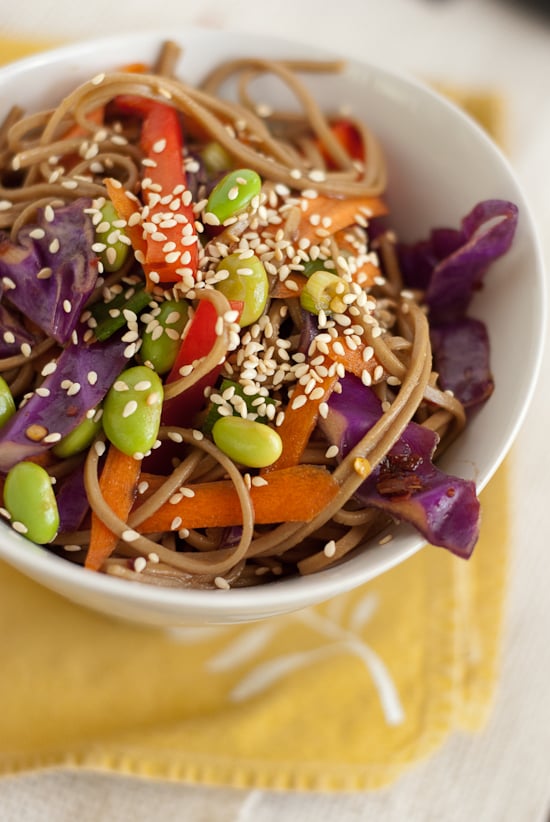 On July 4th, one of my relatives brought a tasty Asian-inspired salad with noodles. A couple days later it occurred to me that the noodles were probably soba noodles, which I’ve seen in Asian dishes around the web. Soba noodles, I learned, are made of buckwheat flour and wheat flour. They contain all eight essential amino acids, along with antioxidants and other nutrients (source). As a long-time fan of using whole wheat pasta in Italian dishes, I was sold on the idea of Asian whole wheat noodles. I found some for about two dollars at a local gourmet store.

I was torn between this recipe from Aggie’s Kitchen and the peanut soba noodle bowls on Eat, Live, Run. Aggie’s won because it called for shelled edamame instead of tofu, which meant less cooking for me. In this 100+ degree heat, the most I can do is boil water for pasta or quinoa.

I upped the amount of vegetables in Aggie’s recipe and added extra cilantro, because I love the stuff. Intrigued by Eat, Live, Run‘s idea of adding peanut butter to the noodles, I tried it with leftovers—and woah. It’s incredible. No matter how you eat this salad—cold, reheated, or warm with a dollop of peanut butter—you’re going to love it. 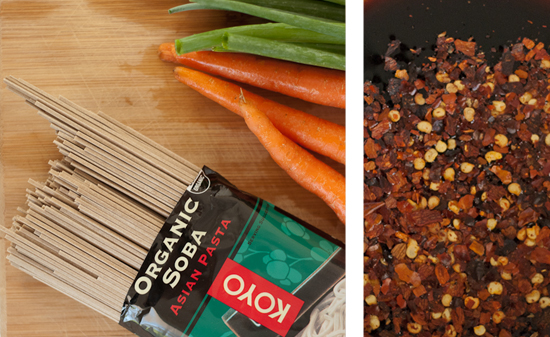 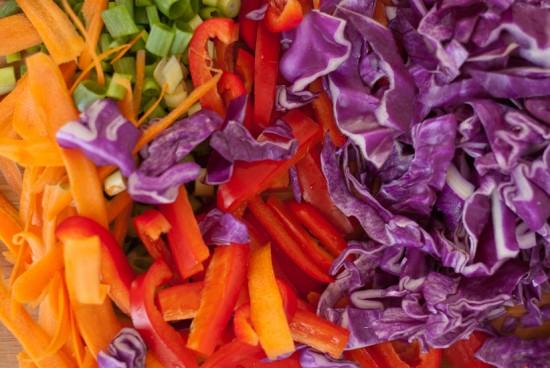 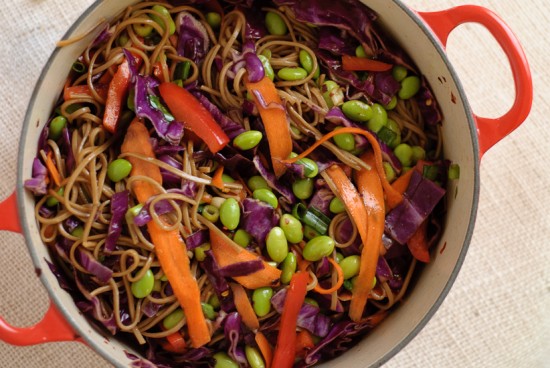 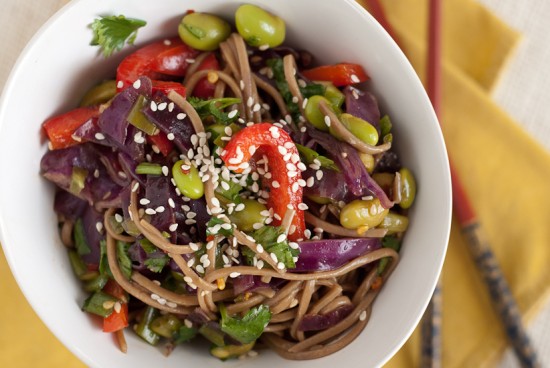 This vegetarian soba noodles recipe is a colorful, healthy, delicious meal! It’s super easy to prepare, too. Just cook the noodles and toss in the rest!

Recipe adapted from Last Minute Sesame Noodles on Aggie’s Kitchen, originally from Eatingwell.com
Make it gluten free: If you are sensitive to gluten, seek out 100% buckwheat soba noodles or substitute your favorite gluten-free spaghetti.