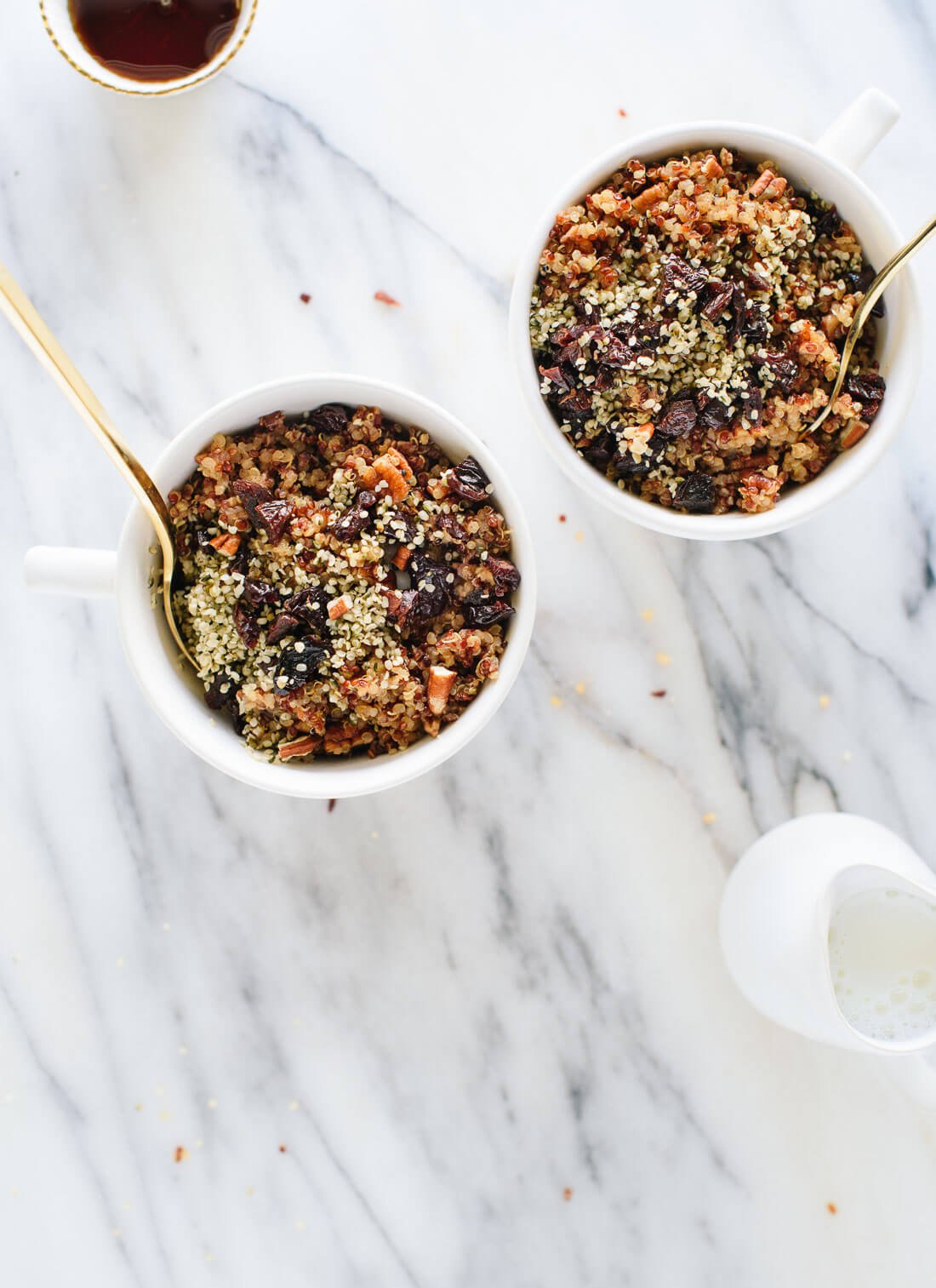 This recipe’s photo shoot was going swimmingly until the very end. Ingredients, sunlight, dog not on table—check, check, check. Then I told myself to quit being lazy and pull out the tripod to be sure I got some crystal-clear photos of the final dish.

I tripped over Cookie, the tripod arm bumped the foam board reflector, the reflector knocked over the mini milk pitcher and then both bowls. It was like watching a stack of dominoes fall. 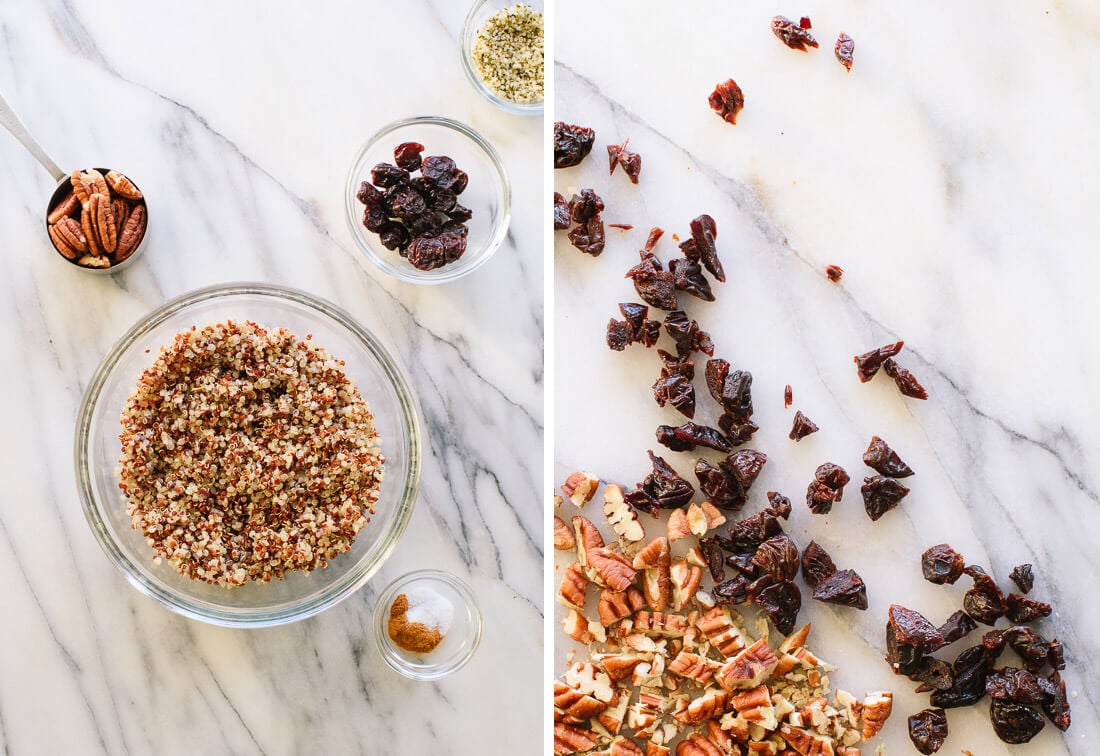 It was Cookie’s lucky day. She helped clean up the spilled milk and I gladly called it a day. I’m excited to share this recipe today. I mean, if that recipe title didn’t do it for you, I don’t know what will. Cinnamon toast! This breakfast quinoa really tastes like cinnamon toast.

I haven’t even been terribly excited about quinoa for breakfast, but this recipe is a definite game changer. Cooking it with freshly toasted pecans (you’ll toast them in the saucepan before adding the rest), coconut oil, cinnamon, and a few dashes of salt makes it legitimately crave-worthy. Do try it and let me know if you agree. 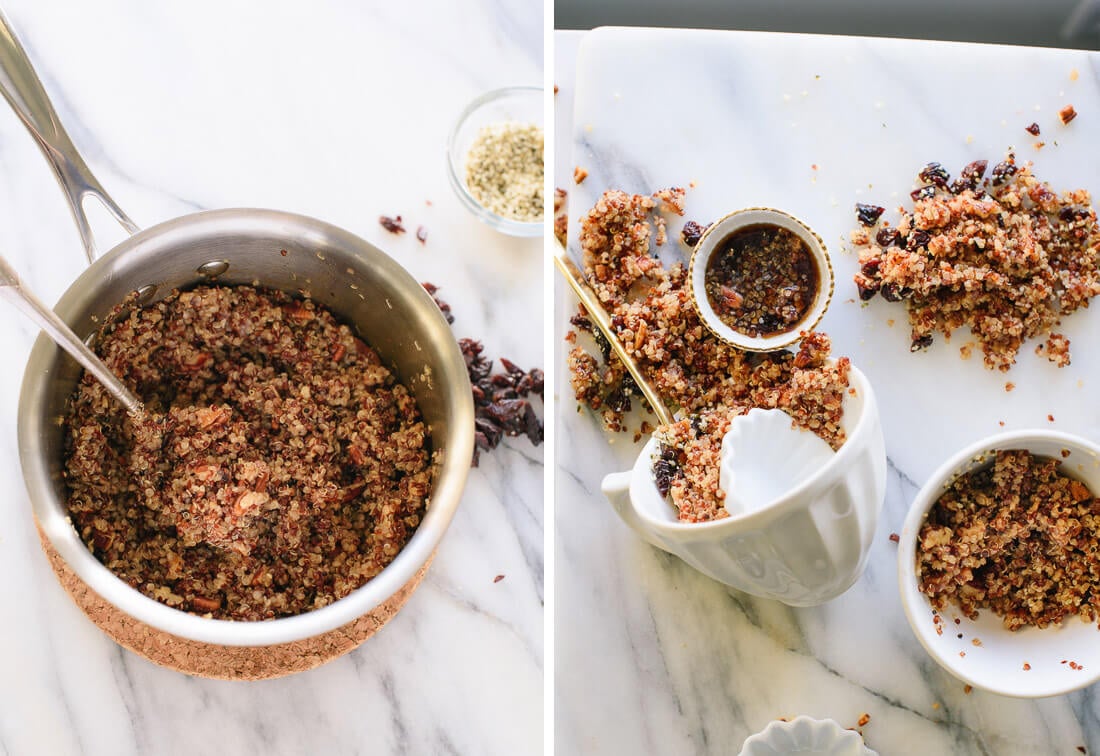 I found the recipe concept in an Amazon impulse purchase, a vegan and gluten-free cookbook called Yum Universe by Heather Crosby, who also runs a blog by the same name. I tweaked the method and ingredients, like I do.

This recipe is the perfect use for leftover quinoa, although I like it so much that I’ve started cooking up quinoa just for breakfast. Here’s how to cook perfect quinoa, which never fails me. 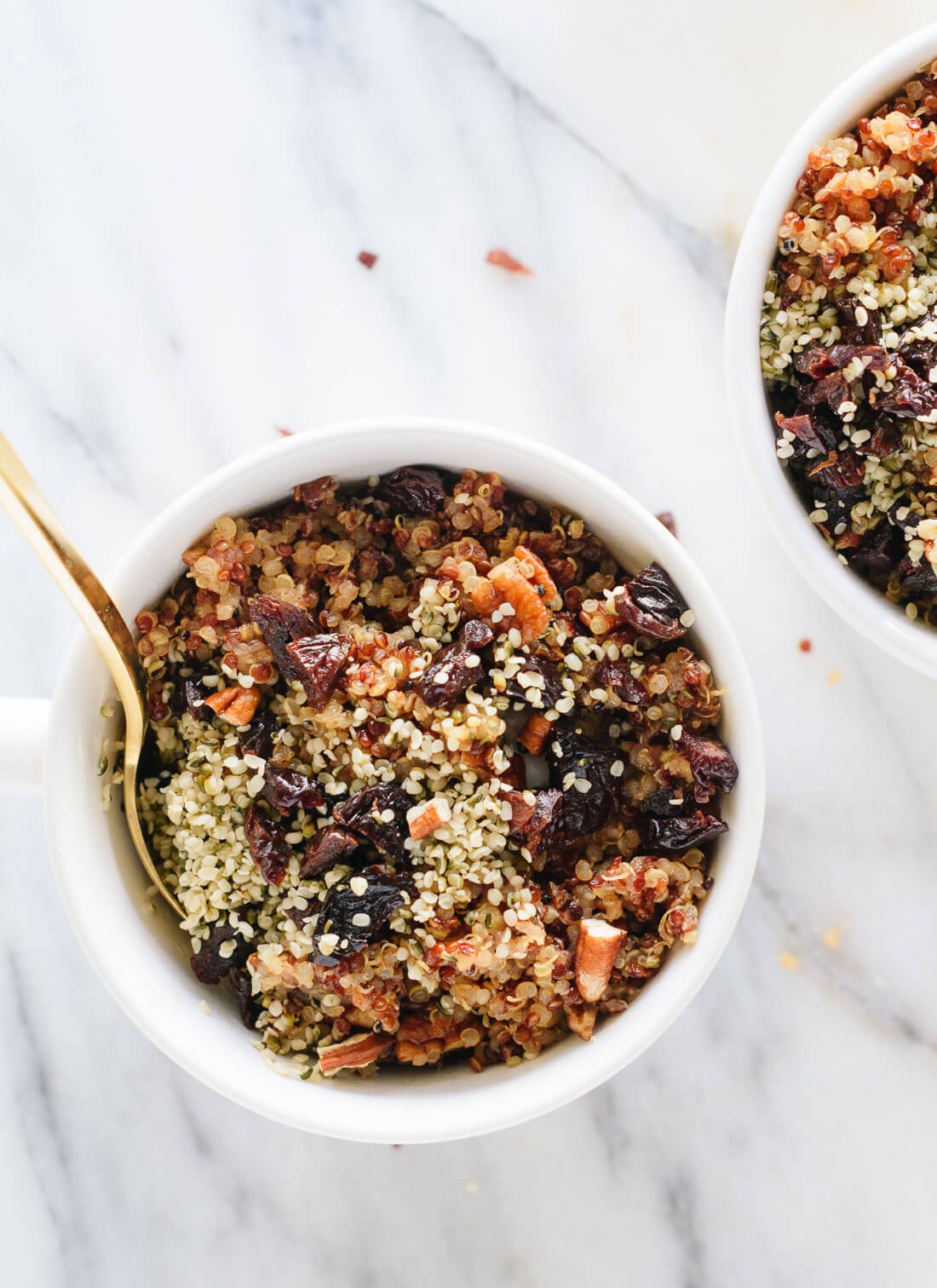 Epic breakfast quinoa recipe featuring toasted pecans, coconut oil, cinnamon and dried cherries or cranberries. It tastes like cinnamon toast! Recipe as written yields 1 serving; you can multiply it as necessary, as long as you use a suitably sized pot.

Recipe adapted from Yum Universe by Heather Crosby.
Change it up: Try honey instead of maple syrup, use your favorite nuts or seeds, toast unsweetened shredded or flaked coconut with the nuts, top with fresh fruit or instead of dried, add a big dollop of applesauce, etc.
Make it nut free: Omit the nuts or replace them with pepitas (hulled pumpkin seeds).
*How to cook quinoa: Check out my preferred cooking method here. You’ll need to cook about ⅓ cup dry quinoa with ⅔ cup water to yield 1 cup quinoa, but I recommend making more than that so you have leftovers for tomorrow’s breakfast.