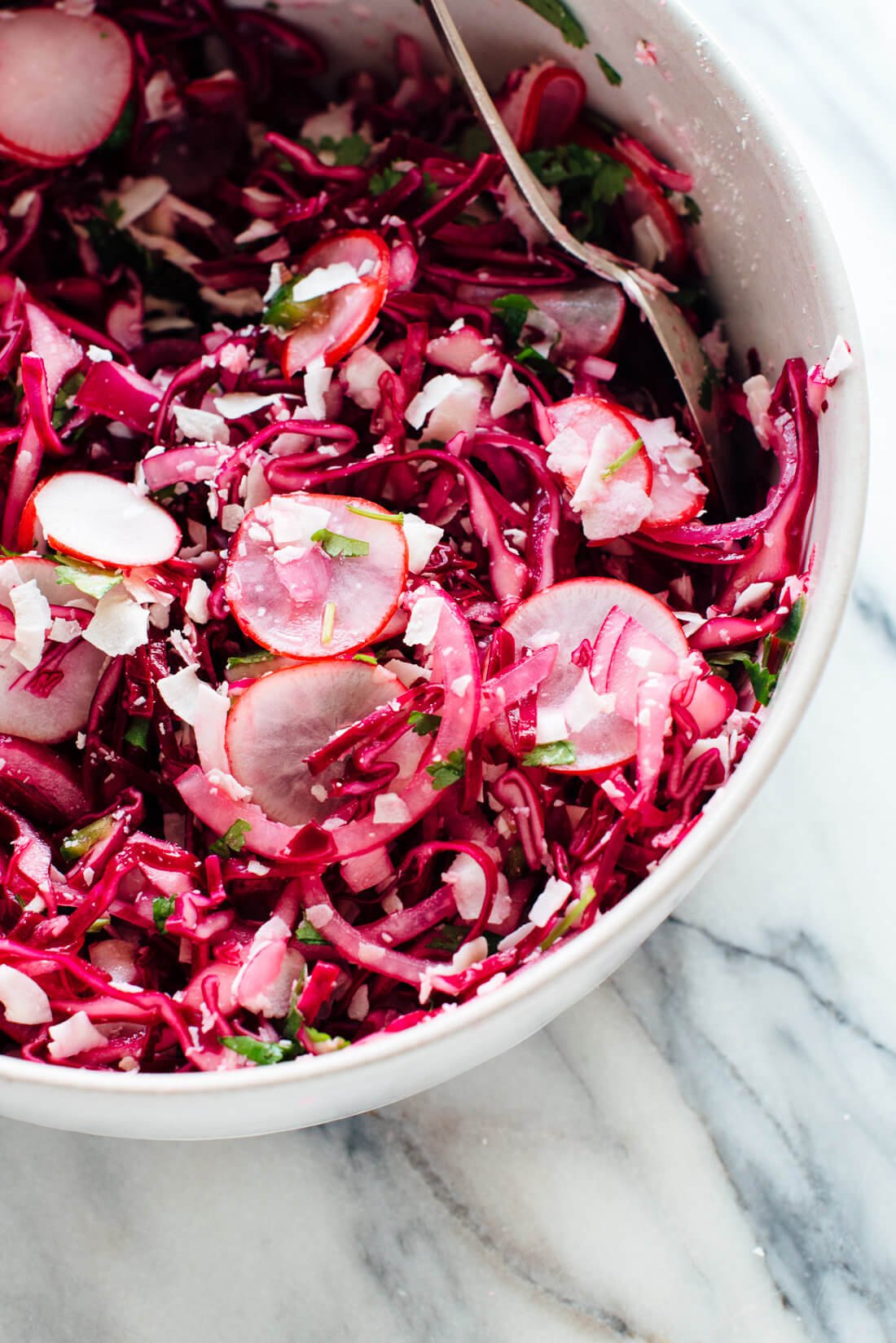 This whatever-you-call-it slaw was roughly inspired by some coconut tostadas I enjoyed at Hola Arepa in Minneapolis this summer. (I say roughly mostly because the original version was much prettier.) 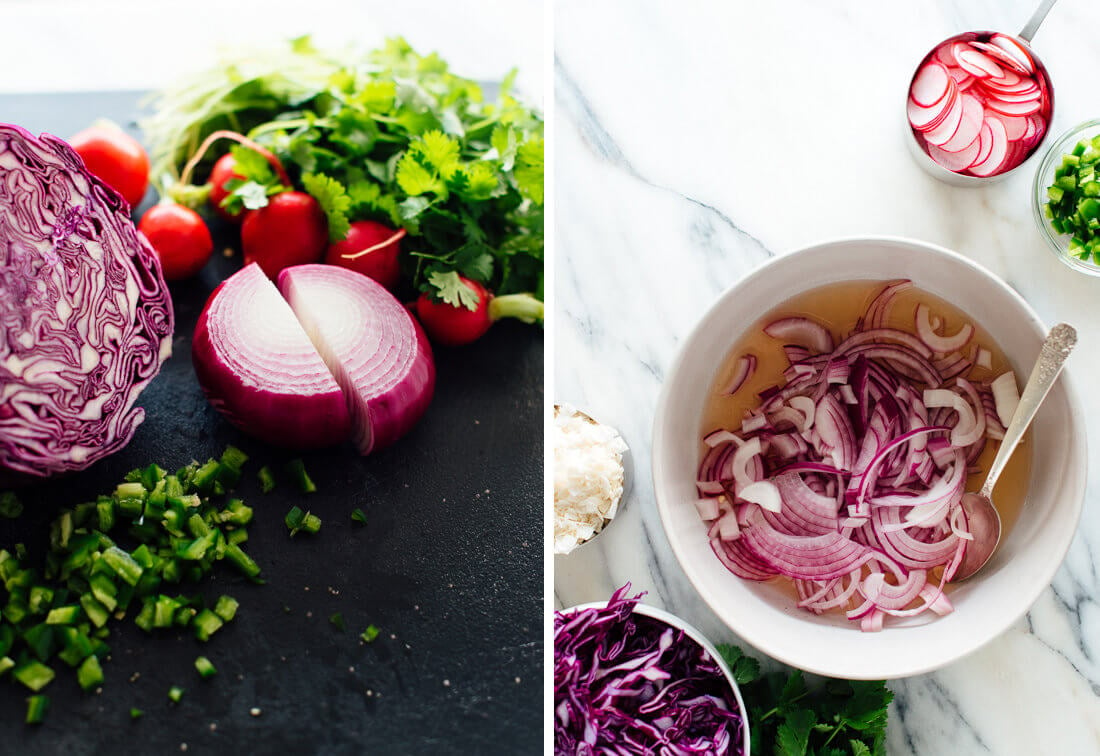 I already went on about how amazing they were, but everything at that restaurant is amazing. I would eat breakfast, lunch and dinner there if I could. I would apprentice there to learn all of their secrets if I could.

Anyway, Hola Arepa topped tostadas with poblano-avocado spread and a “ceviche” made with fresh strips of coconut meat marinated in lime. I don’t know where to buy fresh coconuts, and even if I did, I’m fairly certain I would lose a finger trying to slice it.

I used big, dried, unsweetened coconut flakes instead. Given that I had to stop myself from inhaling this giant bowl of coleslaw in one sitting, I’d say that it worked. 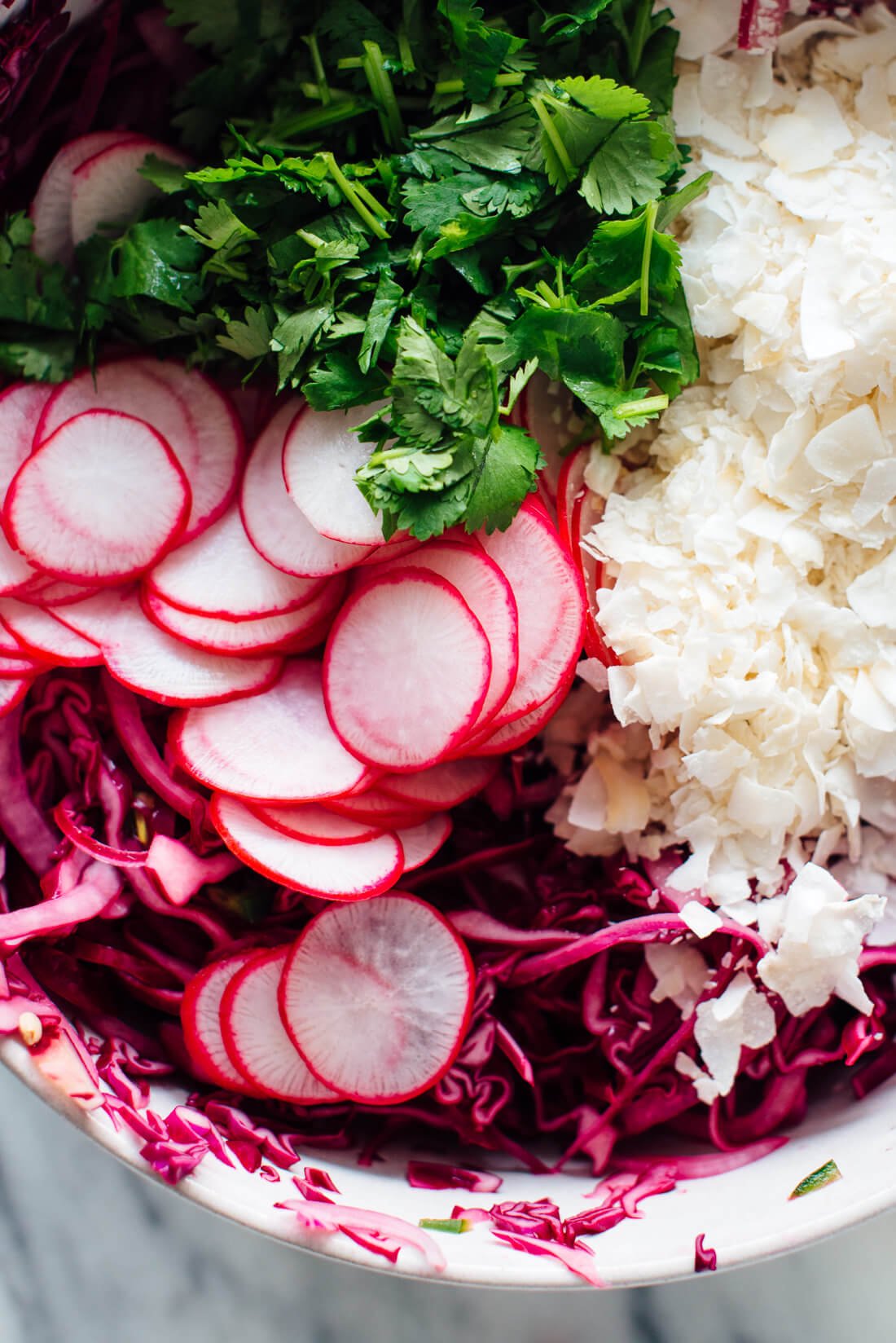 This antioxidant-rich coconut slaw is fantastic as a side as is, so I decided to present it as such. It’s also awesome with guacamole or strips of fresh avocado—try that on a taco or chips or tostada.

It also plays surprising well with black beans, the creamy cashew sour cream in Love Real Food, and with feta. Just keep in mind that the 20-minute marinating time is absolutely necessary. As always, please let me know how you like it! 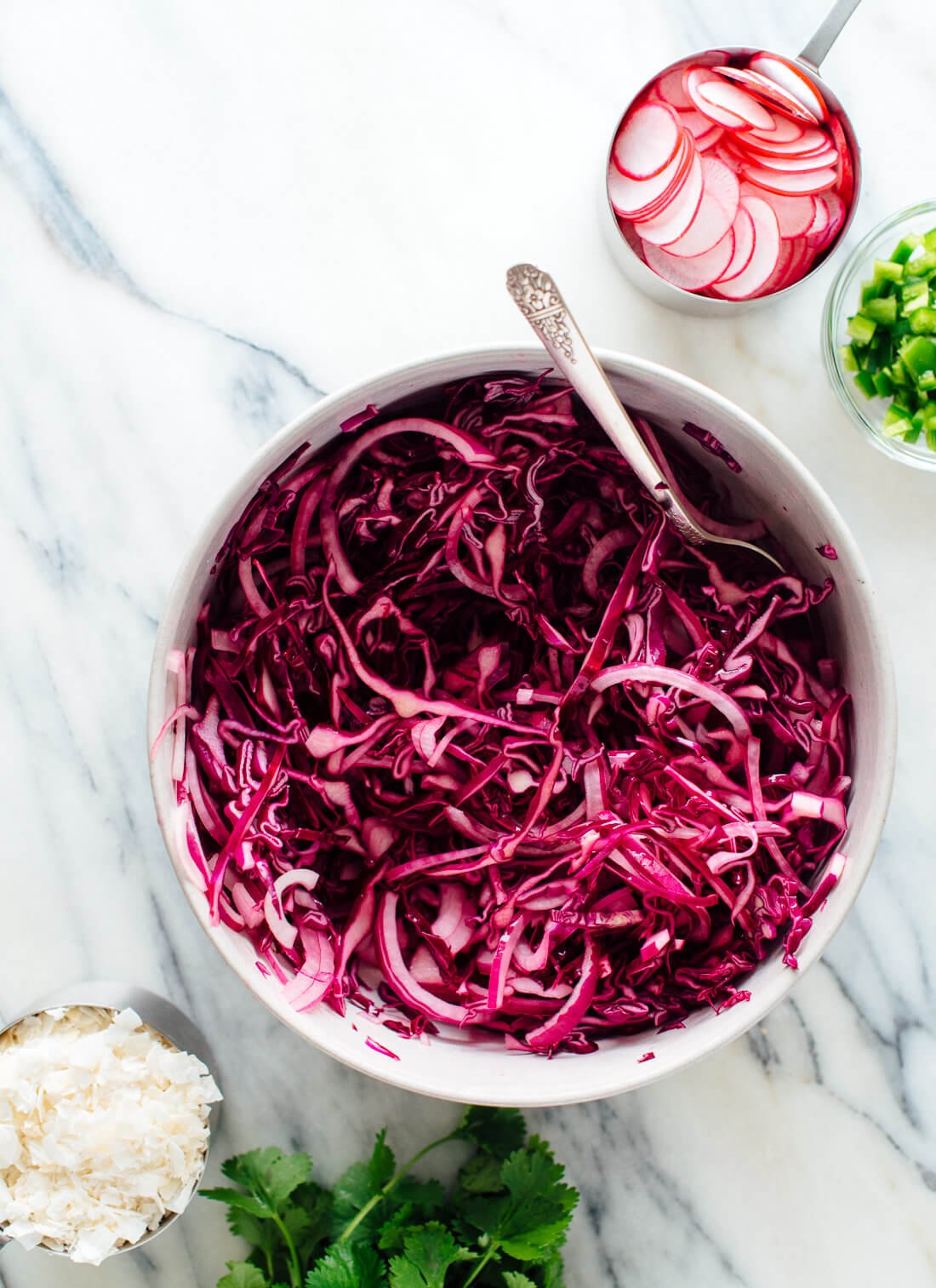 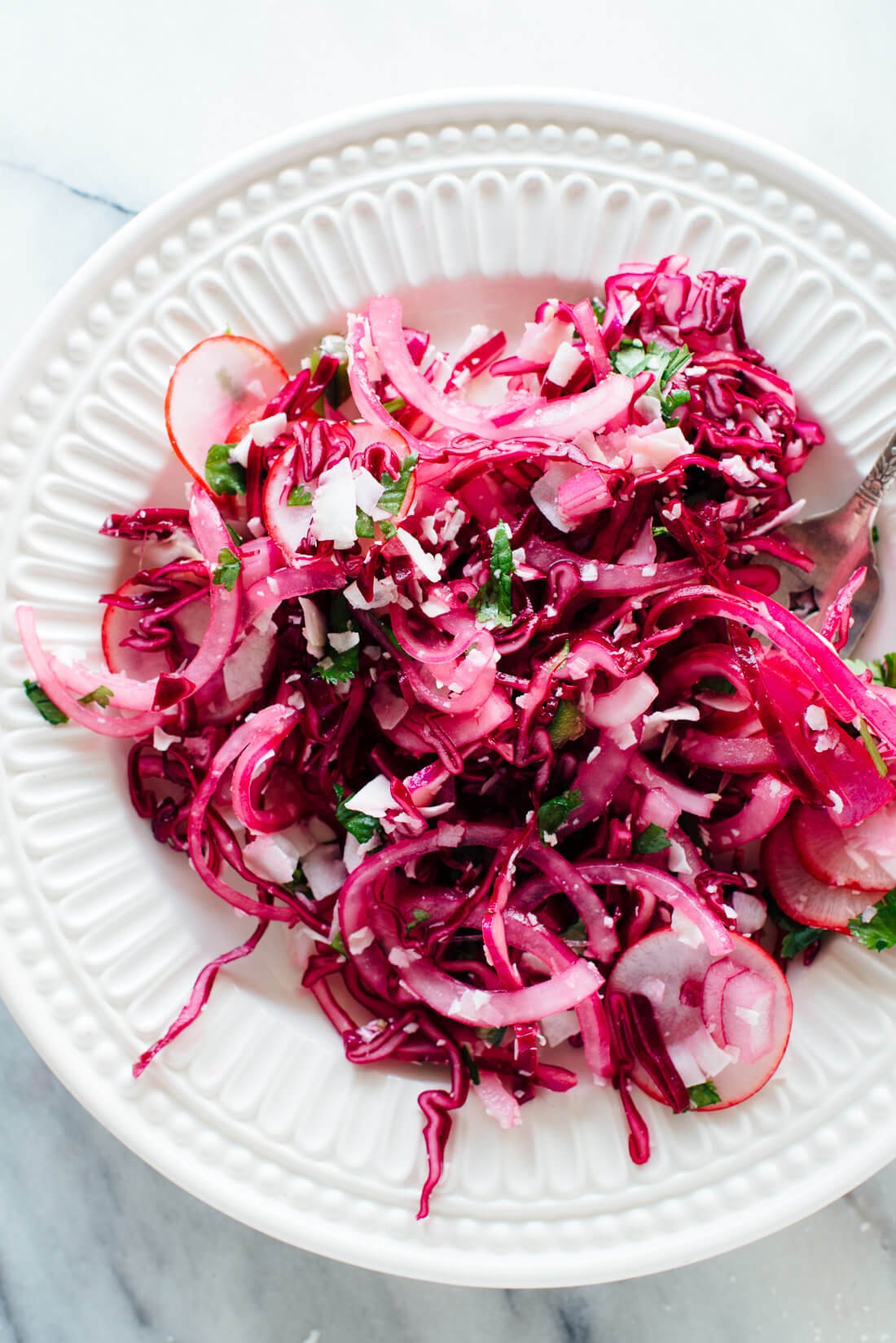 This hot pink slaw is totally irresistible, thanks to—surprise—coconut! If you like coconut, you’re going to love this nutrient-dense coleslaw/side salad. Recipe yields 6 side servings (about 1 cup each).

Make it vegan: Use maple syrup instead of honey.