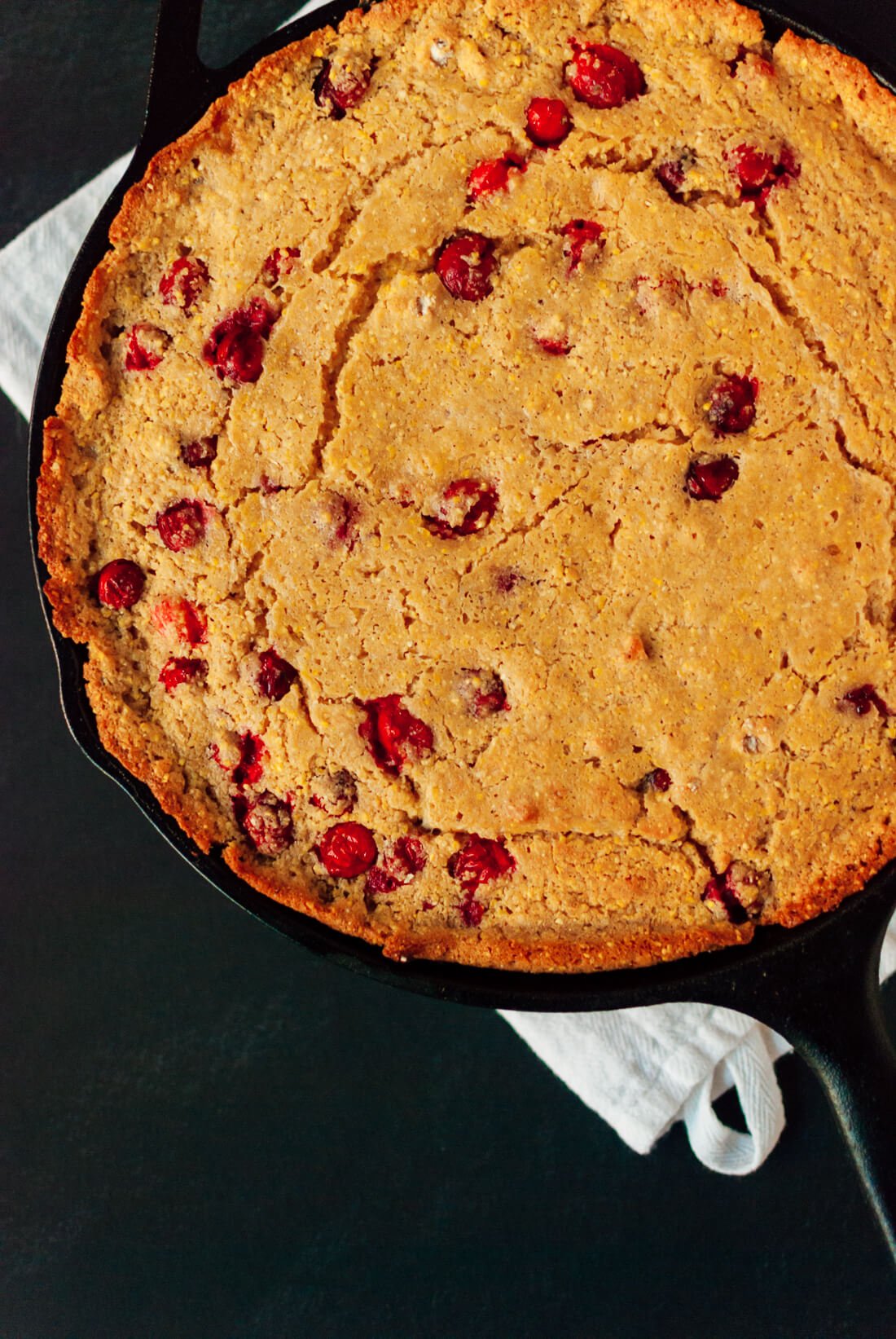 Thanksgiving was a trip. I went home for five days and, after being away for a while, was able to appreciate family dynamics, friendships and Oklahoma culture with fresh eyes. On Thanksgiving day, we all squeezed into my grandma Virginia’s new house near the Panhandle. She and her sister, my great-aunt Bettie, now split a condo, which seems to me like a sweet living situation for growing older.

As promised, I brought Deb’s kale salad and learned that my small-town, greens-loving, gardener grandmother had never tried kale before. I am pleased to say that she is now a fan. I also brought this cranberry cornbread, a riff on skillet cornbread, which was such a resounding hit with my family that I’ve been itching to post it ever since. And after all my talk about drinking up on Thanksgiving, there was no wine bottle opener to be found in my grandmother’s down-sized drawers and no bourbon in sight. Bless her. 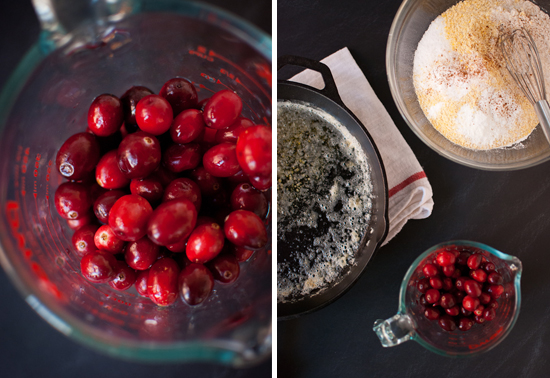 The next day, I met up with my three closest lady friends for lunch. We’ve grown up together, the four of us. One has gotten married [we were bridesmaids] and given birth [we were in the waiting room] to the most beautiful dark-haired baby girl named Ruby. Ruby is sixteen months old now. She walks and talks and when Camille says “I love you” to Ruby, Ruby quips back in her little voice with, “I know.” I would do anything for that tiny lady.

The holiday break wouldn’t have been complete without my middle brother and I getting into an epic argument in our parents’ living room. This one began over—wait for it—the high price of taxidermy, and wasn’t over until we had insulted each others’ taste in significant others and footwear. (I would have kicked him with my “elf booties,” but he’s much stronger than he used to be.) That brother and I will probably always clash over our differences, but the underlying truth is that we wouldn’t get so riled up if we didn’t care so much about each other. Family is funny that way. 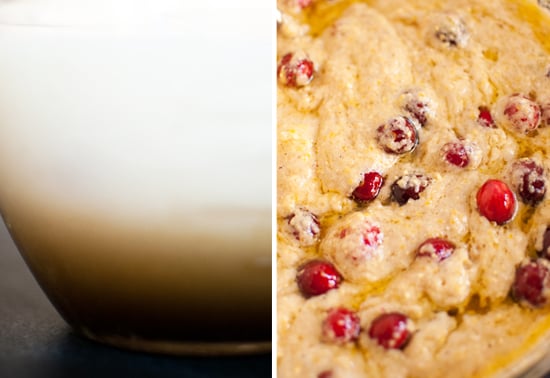 Enough gushy, post-holiday rambling, you say? Ok, let’s talk about the cornbread. This cornbread is my riff on Aida Mollenkamp’s recipe for sage-maple skillet cornbread from her new cookbook, Keys to the Kitchen. Though I’ve bookmarked at least half of the vegetarian recipes in her book (there are many) with serious intentions to try them all, this one got first call. I’d been on the hunt for a perfectly textured cornbread recipe, and her recipe caught my eye because it is naturally sweetened with maple syrup and baked in a cast iron skillet. My affection for my cast iron skillets runs deep. 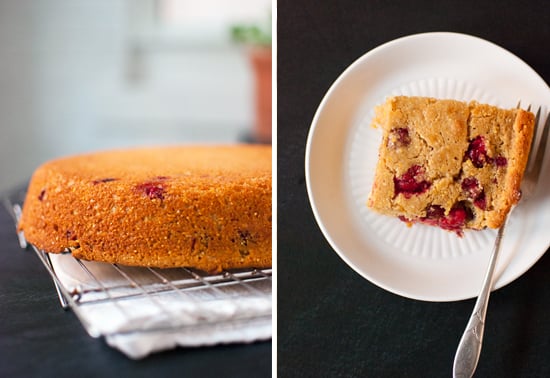 I bought Aida’s book a few weeks ago and finally found the time to pore over it while sitting in the passenger’s seat during our Thanksgiving Day drive. There is a lot to love about it: the photos are beautiful, the well-tested recipes are inventive yet practical, and the techniques demonstrated in the recipes are invaluable. I really wanted to give Aida a high five when I read the last paragraph of the introduction: This isn’t about becoming pretentious about food, but rather the opposite. The minute you take the time to learn these basics, you’ll waste less food, you’ll get more for every food dollar you spend, and you’ll become a healthier, more accomplished, and more adventurous cook. Yes! 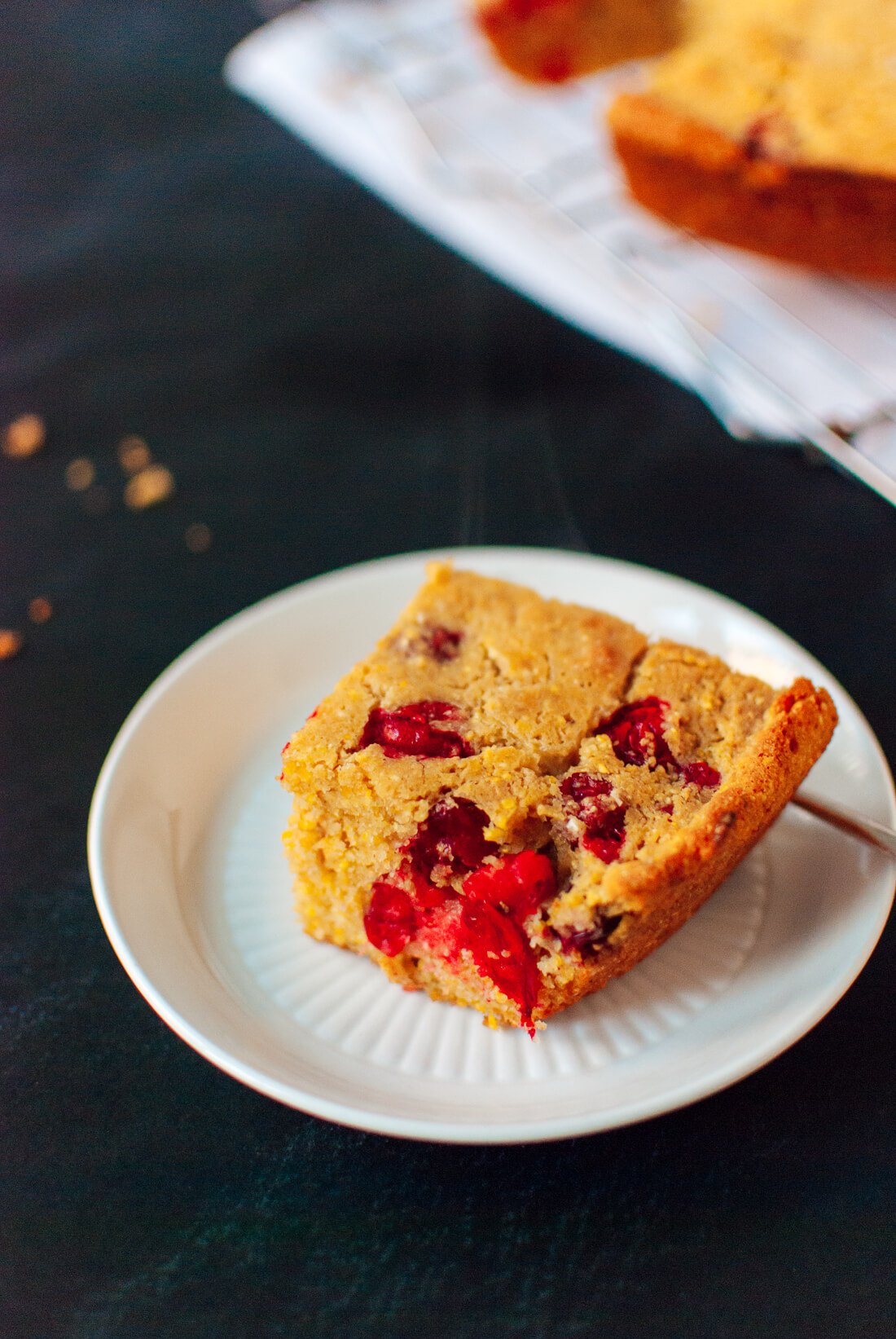 This buttery, maple-sweetened, cranberry-studded whole grain cornbread develops an irresistibly crisp crust when baked in a cast iron skillet. You can also bake it in a 9-inch square baking dish for delicious results, albeit a slightly less crisp crust. Change up the recipe by omitting the cranberries and adding ½ cup grated cheese, 1 cup sweet corn, chopped peppers and/or herbs.