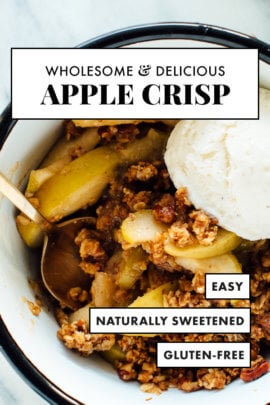 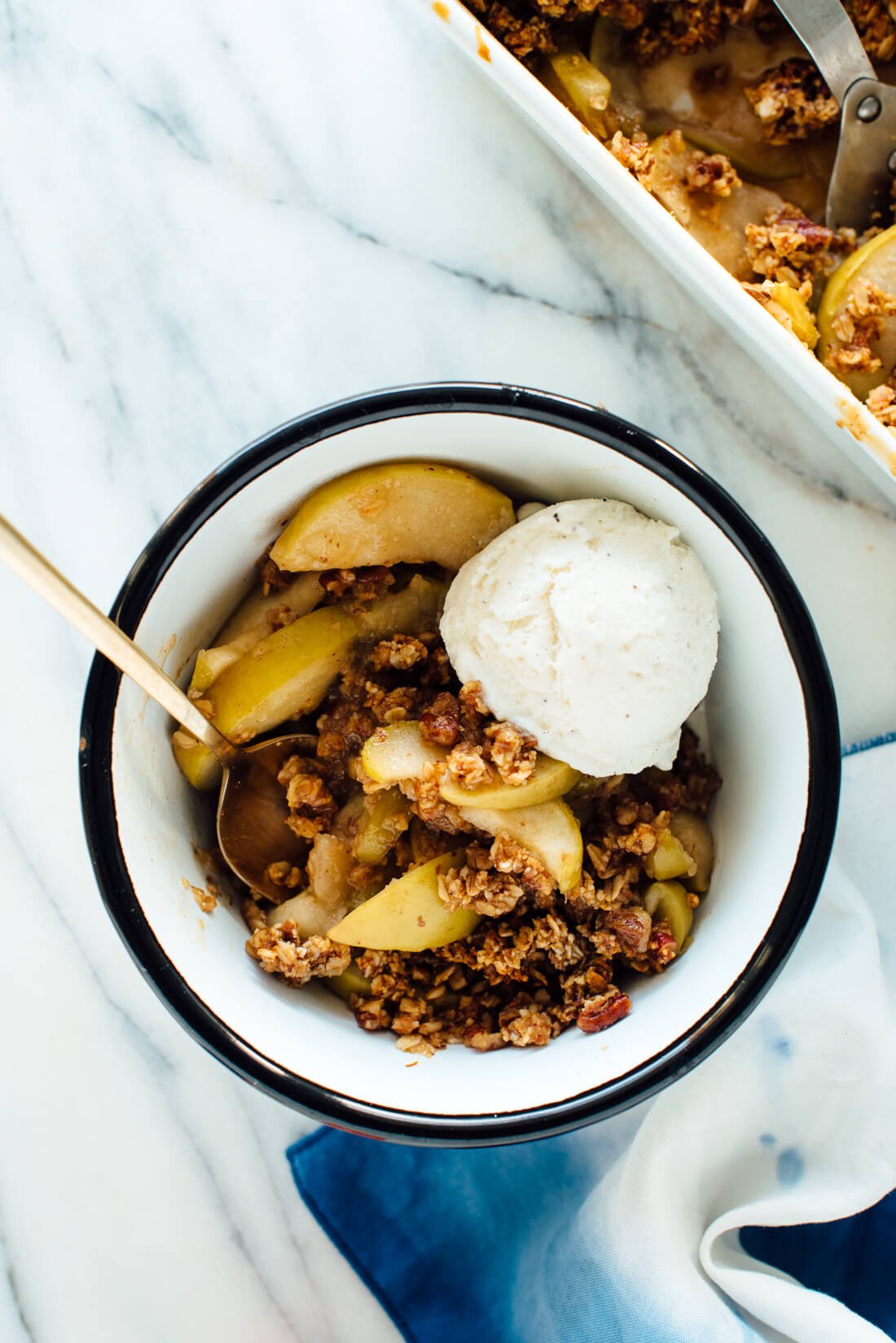 Let’s talk about this apple crisp recipe. It’s a revised version of a recipe that’s been on my site for a few years. Ironically, when I published this crisp three years ago, I had just attended two Friendsgivings over the weekend. That is exactly what I’m doing this weekend.

I’m already running late, I’m celebrating with the same good friends, and I’m sure to overdo it on the mashed potatoes and pie. Some things never change. 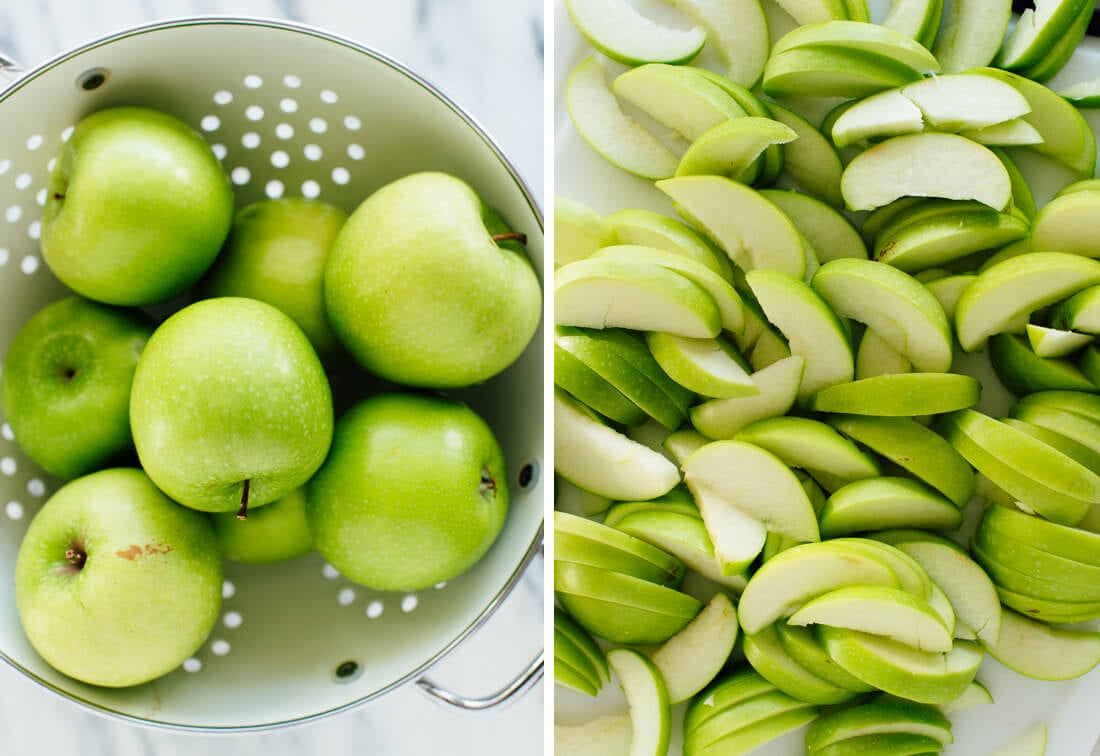 This apple crisp recipe is the best. Why? It’s gooey on the inside, and tender but crisp on top. It’s made with wholesome ingredients, like old-fashioned oats, almond meal, pecans, honey, and of course, lots of apples. This is my favorite apple crisp recipe, and it just happens to be gluten free and healthier than the rest.

This crisp turned out great for me when I made it a few years ago, but I’ve heard that it didn’t turn out as well for some of you. This stuff keeps me up at night, so I’ve retested and tweaked this recipe, and it’s now better than ever. 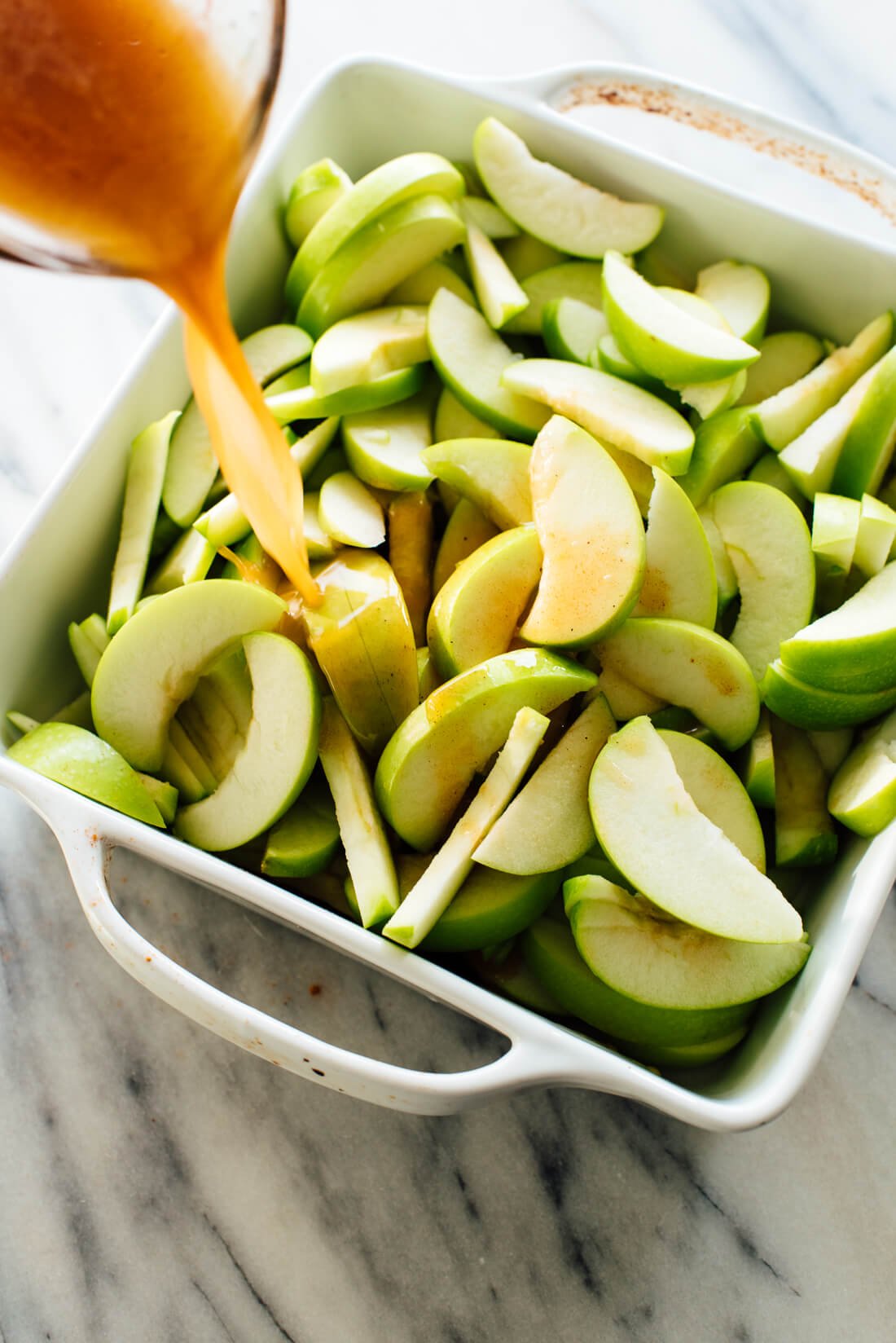 How to Make the Best Apple Crisp

Apples take a long time to release their moisture, so my original crisp recipe was a little dry. To remedy this, I switched from using 1-inch chunks of apple to thinly sliced, which take less time to get juicy and cook through. I also added some liquid to the filling to the get the ball rolling, and reduced the amount of starch.

To ensure that the topping doesn’t get too crisp, you’re going to bake the apples for 20 minutes and then add the topping. This is actually pretty convenient, because it means that your crisp can start baking while you are still mixing together the topping.

That’s it! You’ve just made an apple dessert that rivals apple pie in flavor and comfort-food factor, but it’s so much easier. 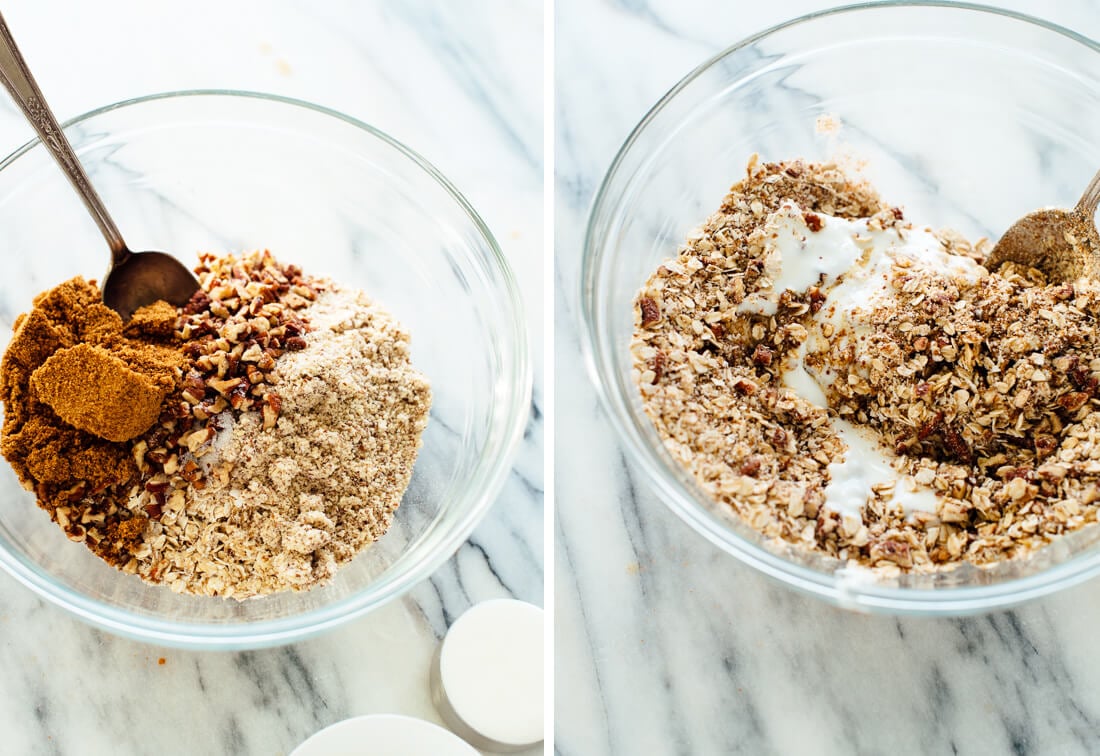 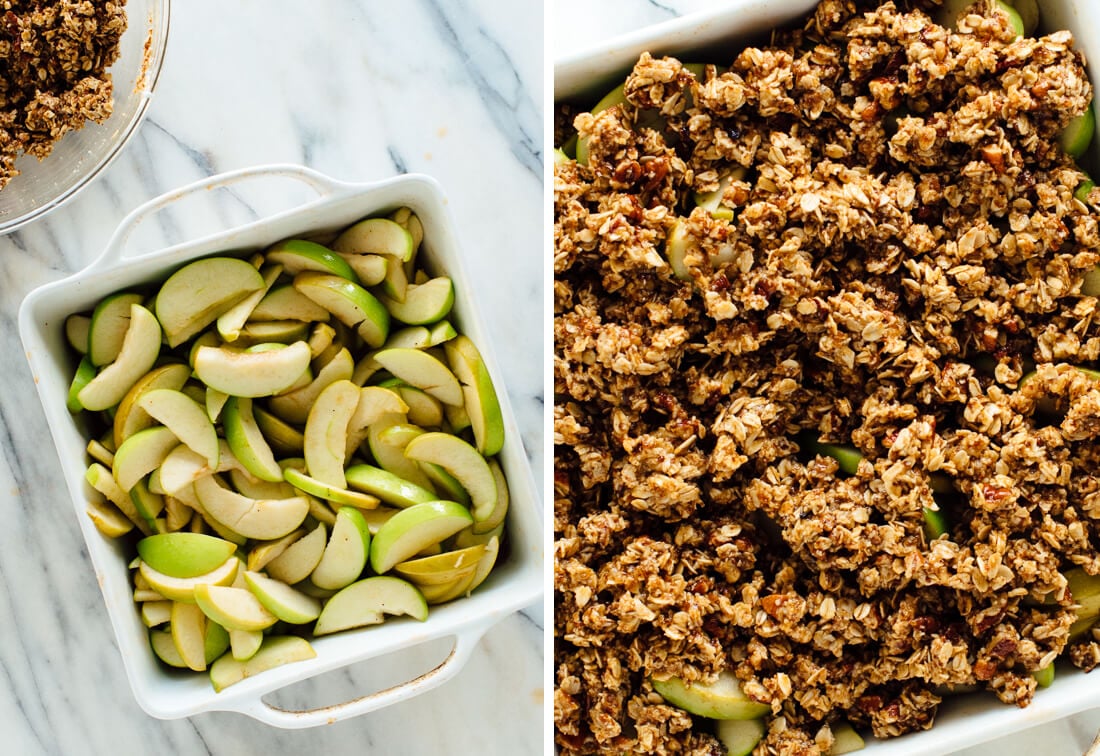 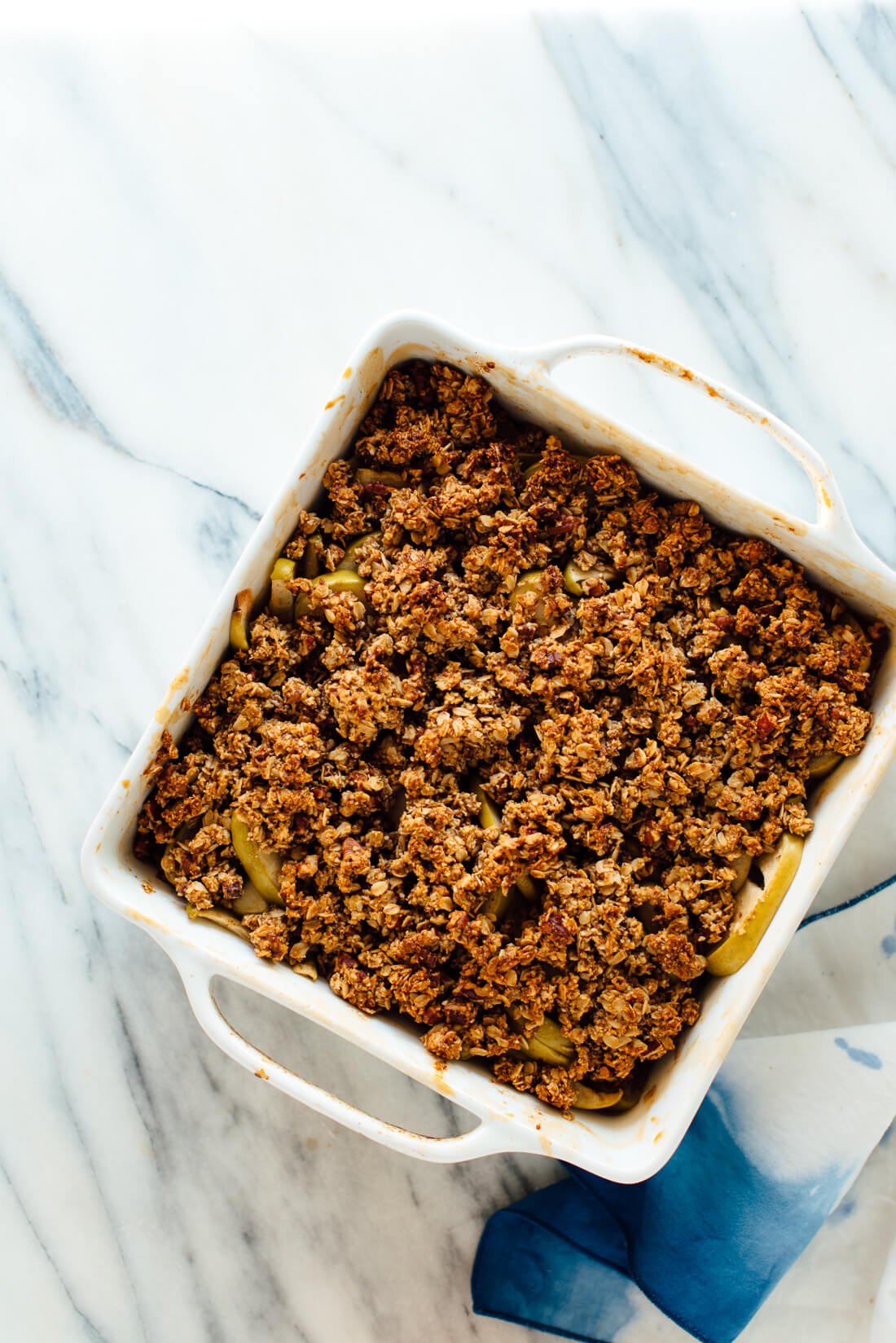 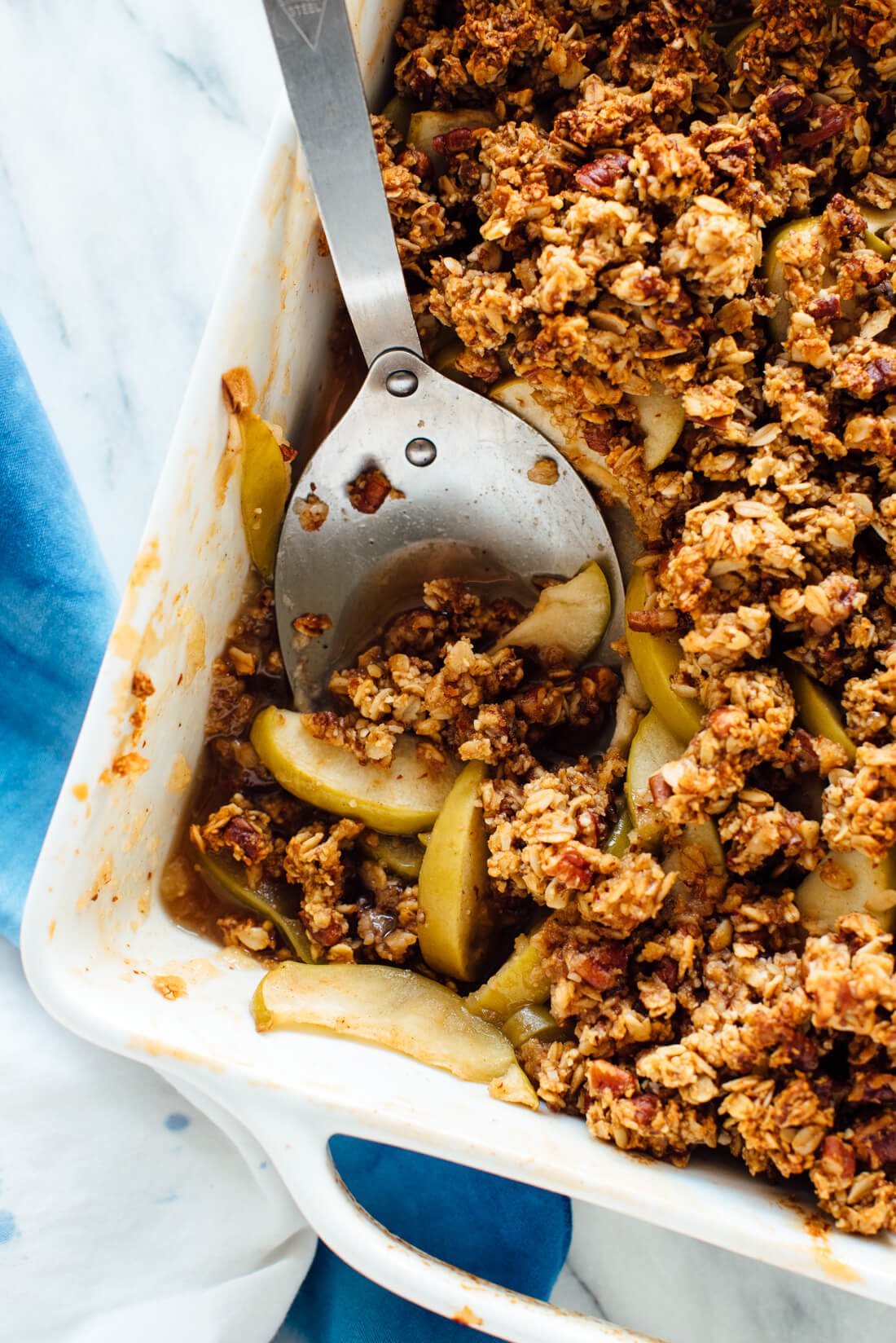 Please let me know how this crisp turns out for you in the comments! I hope it’s your new favorite fall dessert. 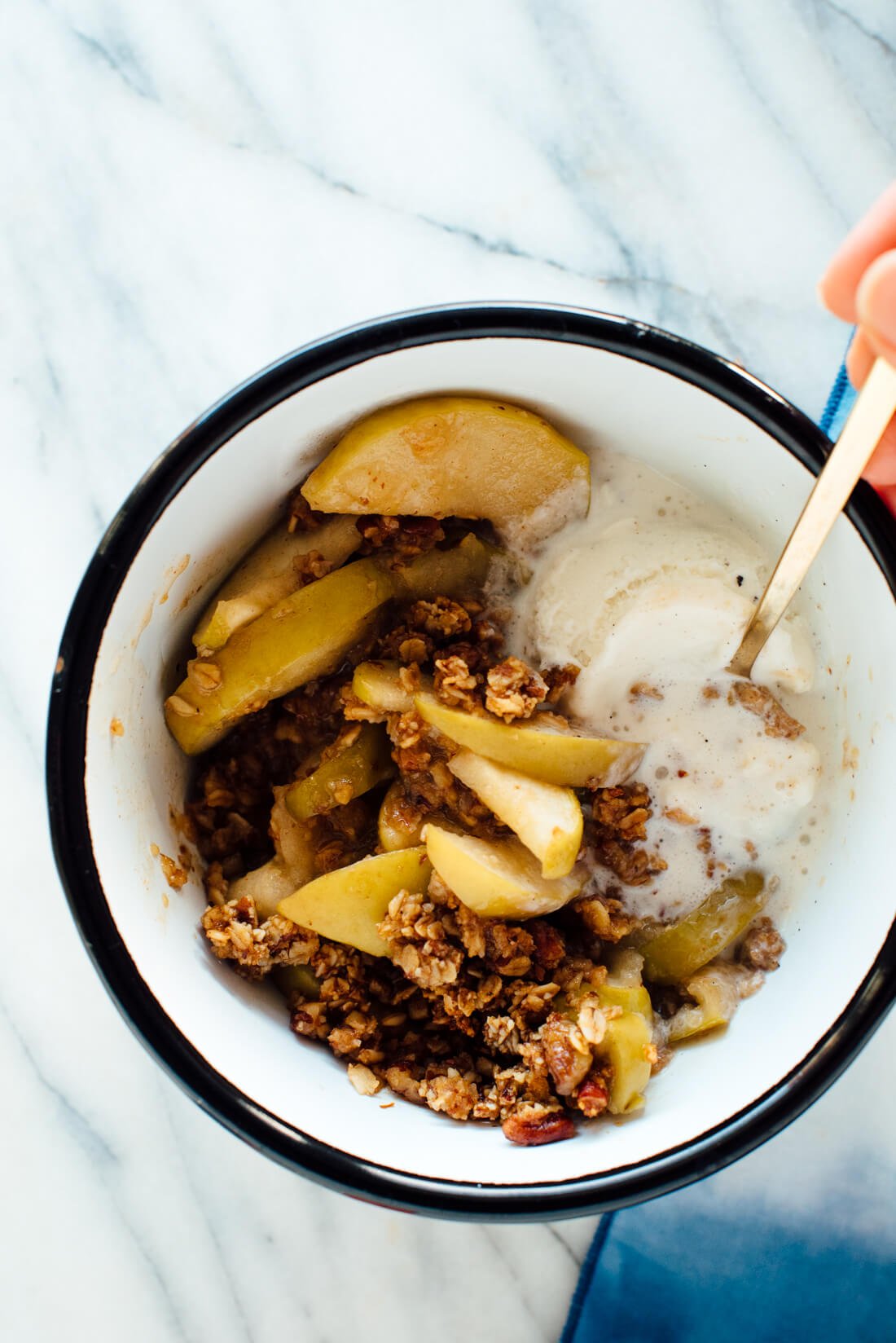 This wholesome, honey-sweetened apple crisp is covered in an irresistible oat, almond meal and pecan topping. This dessert is perfect for the holidays! This recipe yields about 8 modest servings.

Why buy organic? Apples are #4 on the Dirty Dozen list, meaning that conventionally grown apples are generally high in pesticide residues.

Make it nut free: To make this recipe nut free, omit the walnuts and use ¾ cup whole wheat flour and ¾ cup oats instead of the almond meal and oats specified above. It will no longer be gluten free. If you want to keep it gluten free, I suspect that you could replace the almond meal with certified gluten-free oat flour or gluten-free all-purpose flour.
Make it vegan: In the topping, use non-dairy yogurt and coconut oil in place of the butter. In the filling, use maple syrup instead of honey.

Make it dairy free: Use non-dairy yogurt and coconut oil in place of the butter.