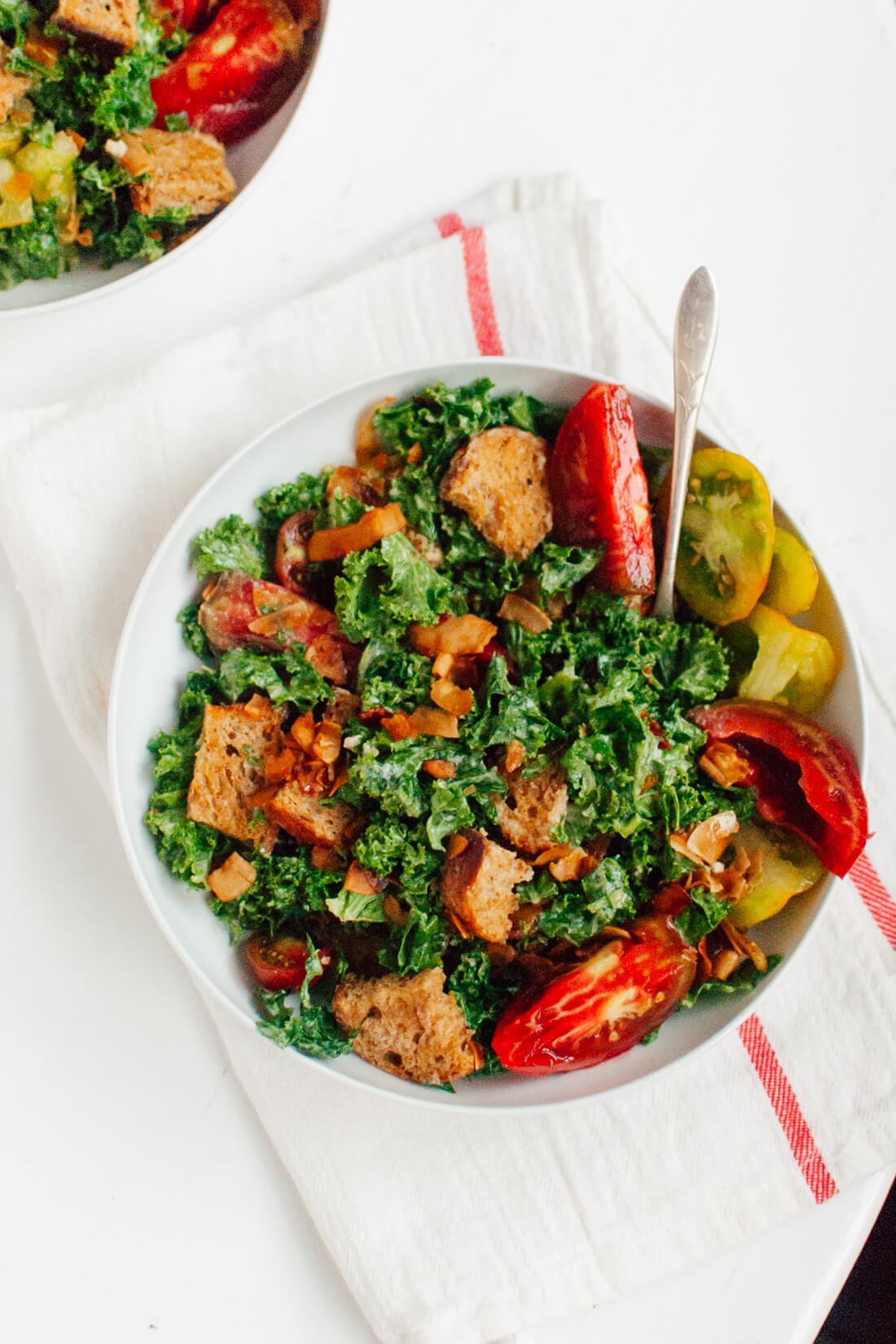 I’ve been holding out on you guys. It’s about time we talked coconut bacon. I don’t remember where I first encountered coconut bacon, but I do recall being struck by how much it tastes like real bacon. (You know I have a major weakness for bacon, right?) The savory, smoky-sweet flavor of maple syrup, tamari soy sauce and Liquid Smoke tossed with toothsome coconut flakes turns into vegan “bacon” once baked. It’s really the only “meat substitute” that I support. I’ve been perfecting my coconut bacon for a year now, batch by batch, and I think I’ve finally got it down. 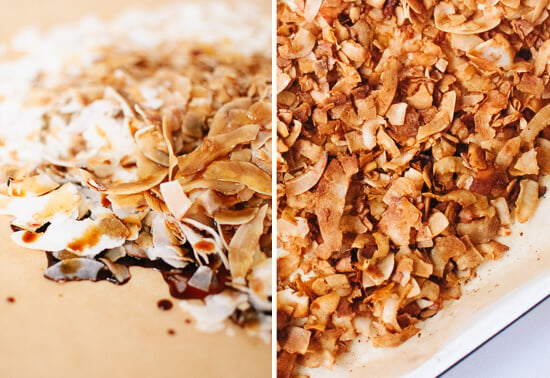 Late last summer, after making a test batch of coconut bacon, I threw together a kale salad with tahini dressing (like this one), added some beautiful slices of ripe tomato, and tossed in a handful of coconut bacon. Holy moly, it was good. So good that I added it to my list of recipe ideas as, “holy moly raw kale BLT salad with garlicky lemon tahini, coconut bacon, heirloom tomato…”

Then last week, my friend Alissa sent me home with a few drop-dead gorgeous heirloom tomatoes, fresh from her backyard garden. I went home and happened to reach for some spices in my pantry while wondering what to make for this week’s recipe. That’s when a bag of coconut bacon fell on my head and plopped onto the counter. Things are always falling out of the cabinets or refrigerator in my teeny tiny kitchen. This time, however, it was a fateful fall, and here we are with a holy moly raw kale BLT salad. 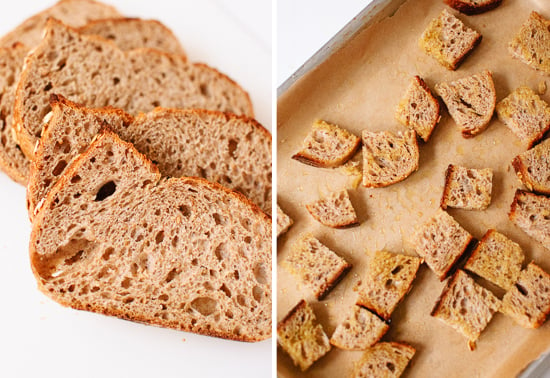 I know that some of the ingredients in this salad are on the unusual side and may require a trip to the health food store, but I am confident the recipe is worth your while. Liquid Smoke may seem like a noxious component, but its ingredients are: water, natural hickory smoke flavor, vinegar, molasses, caramel color and salt. Not too bad.

Tahini is sesame seed paste, generally found in the peanut butter aisle or in Middle Eastern grocery stores. Tamari is a readily available variety of Japanese soy sauce. It’s gluten free and I love the flavor. Miso is optional, but it adds a depth of flavor to the dressing that is difficult to describe. You should be able to find coconut flakes in the baking aisle at health food stores or well-stocked grocery stores. Be sure to get the big unsweetened coconut flakes, not the tiny shredded kind used in baked goods.

This crispy coconut bacon is good on pretty much anything that bacon goes well with: pan-fried breakfast potatoes, omelets, anything cheesy, salads, maybe even pasta. I’ll have to try that. Let me know how you like it! 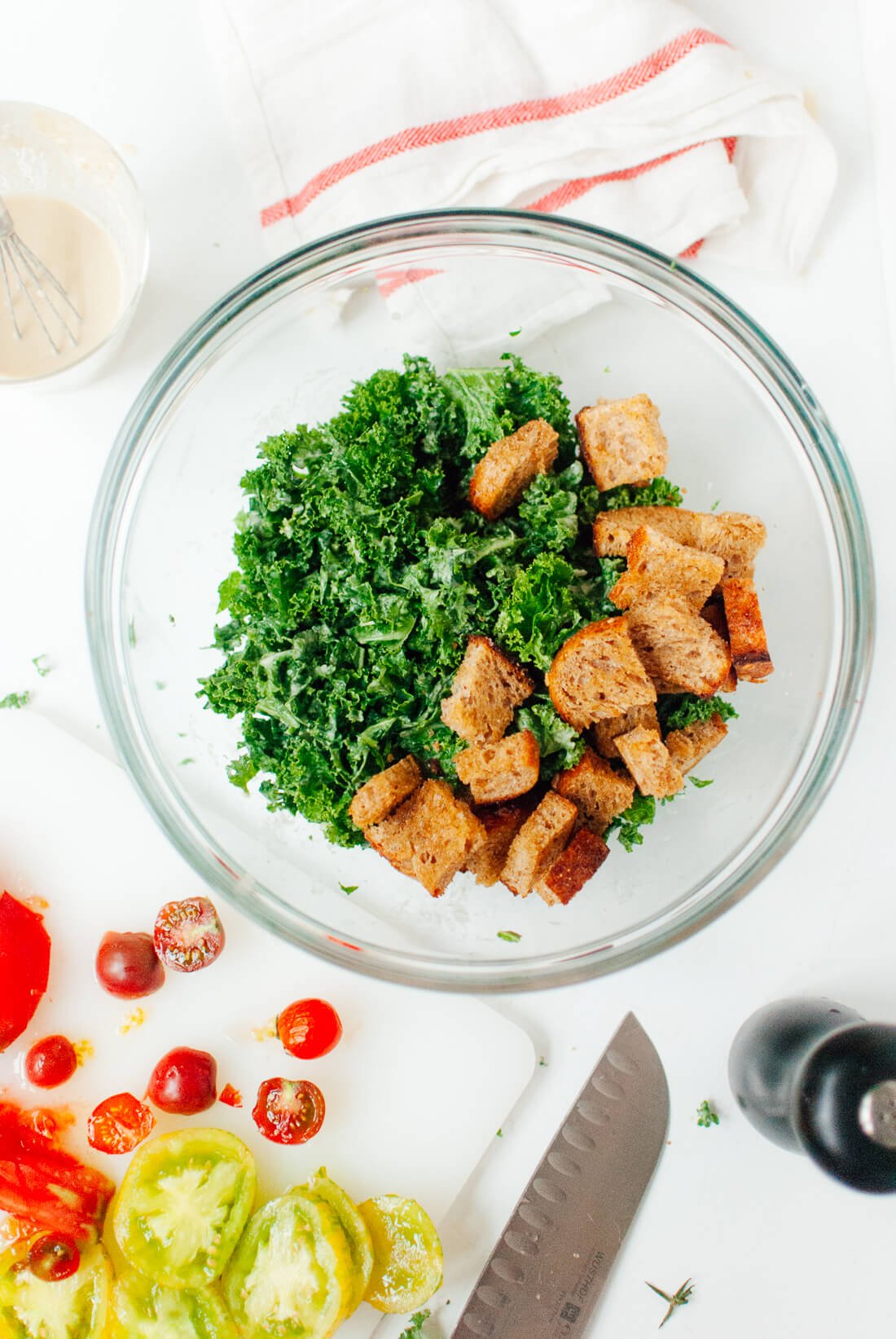 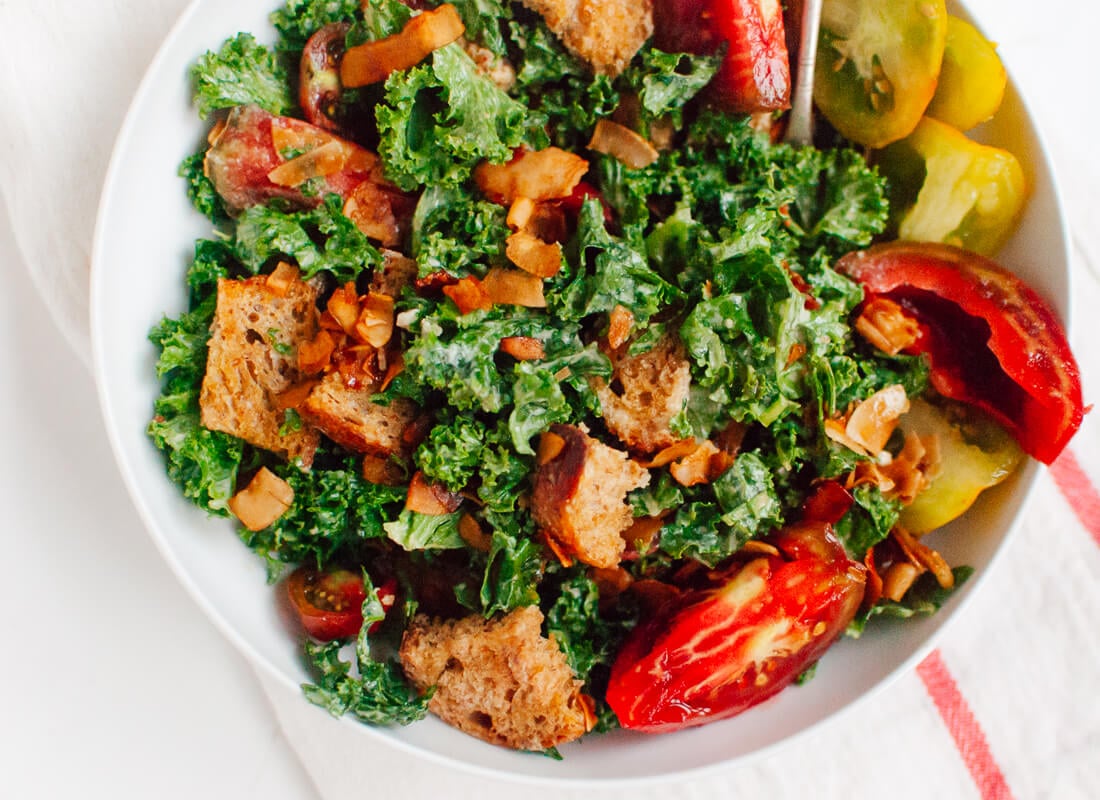 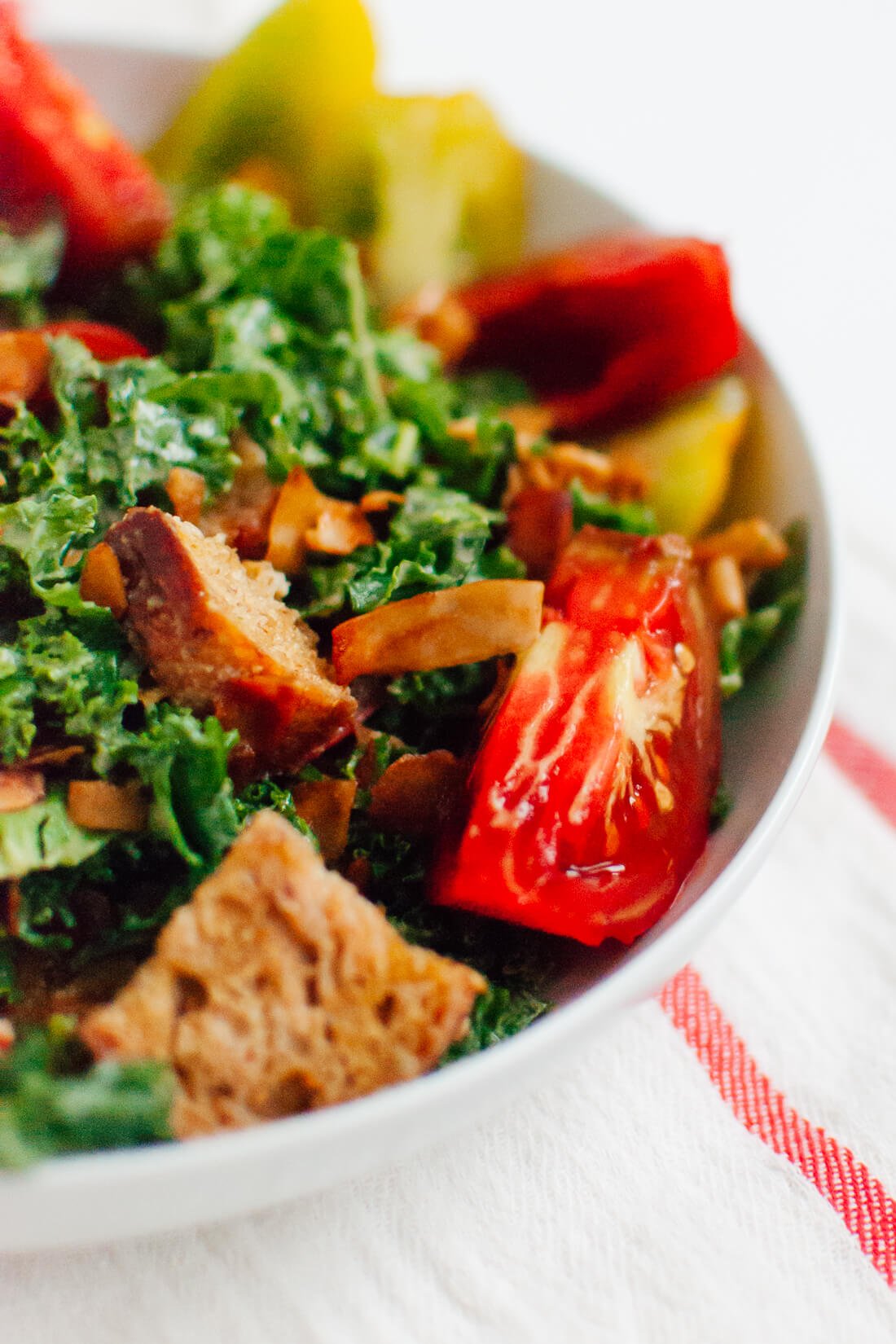 Raw kale salad with heirloom tomatoes, homemade coconut bacon and whole grain croutons, tossed in a garlicky lemon tahini dressing. This salad is vegan (and gluten free, if you skip the croutons).