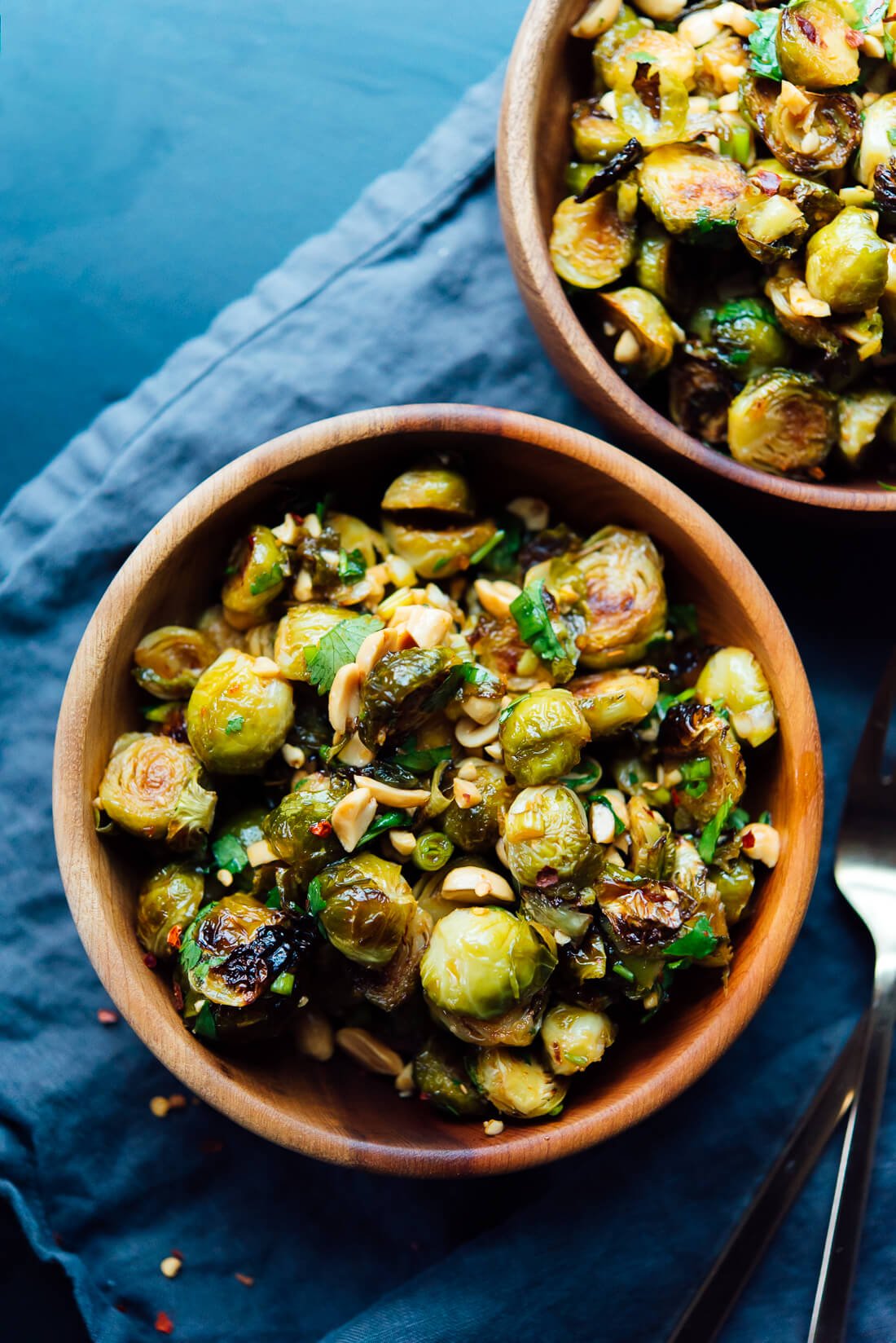 May yesterday go down in history as the day that I spent twenty-five dollars on Brussels sprouts. I didn’t mean to do it! I knew I needed plenty of sprouts in case I encountered another recipe failure. The sprouts were packed in big bags, so I grabbed two and continued on to the green onions. That’s how they get you—with those big, pre-packed bags.

Then, I was a terrible customer and read email during check-out and didn’t even notice until I glanced at the receipt at home. Twenty-five hard-earned dollars! Who am I? The sprouts weren’t even good sprouts. I’ve been robbed. 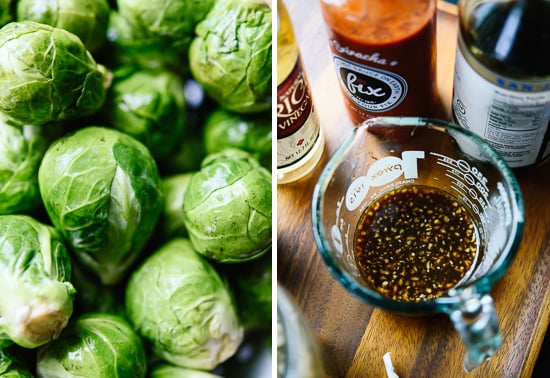 My only consolation is that my sprouts turned out great on my next try, so I have extra sprouts for later. This Kung Pao Brussels sprouts dish is my take on a popular Chinese stir-fry recipe, Kung Pao chicken. I roasted my Brussels sprouts and tossed them in a completely irresistible, spicy soy-honey glaze with green onions and peanuts. It’s a stellar vegetarian appetizer or side dish, and I wouldn’t judge if you wanted to eat it for dinner on its own. 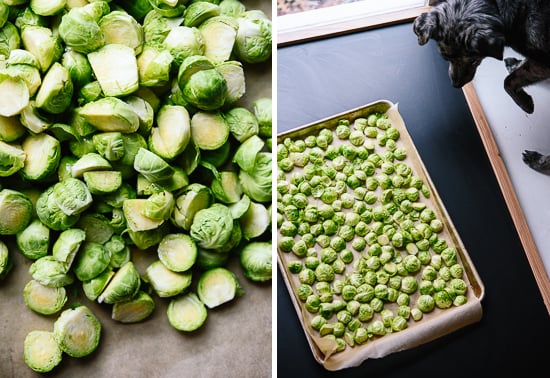 This recipe has actually been ten months in the making. I became completely enamored with the concept when I found it in the pages of Bon Appetit’s February issue, but when I cooked their version in our Austin kitchen, I was disappointed. It was crazy salty and just generally not awesome (sorry, Bon Appetit!). I gave it a couple more shots and eventually gave up.

Fast forward to December and I’m craving more roasted Brussels sprouts. I remembered the Kung Pao sprouts and wondered if I couldn’t come up with a similar, less salty and way more tasty version, based on my roasted Brussels sprouts with crispy baked tofu dish. It’s one of my favorite recipes, so I played around with it and here we are.

My version is, admittedly, pretty far from traditional Kung Pao chicken. I roasted the sprouts instead of stir frying them (too many sprouts for one pan) and omitted the Sichuan peppercorns (where do you find those?). It is awesome, though! 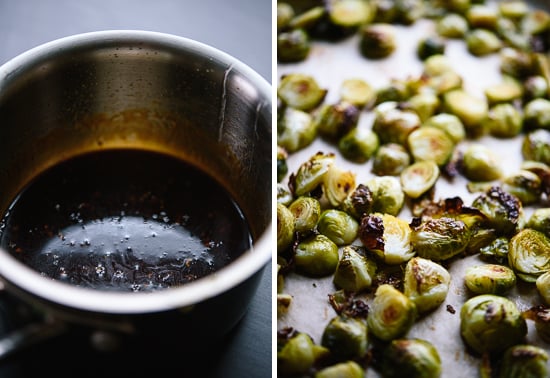 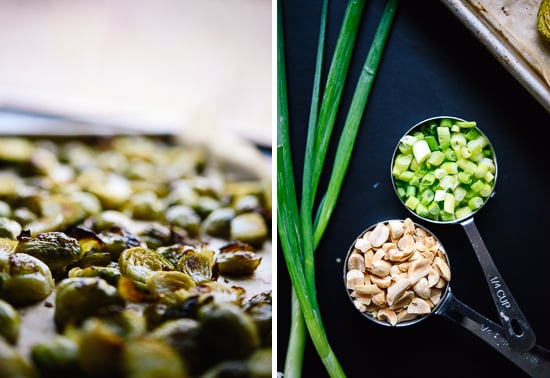 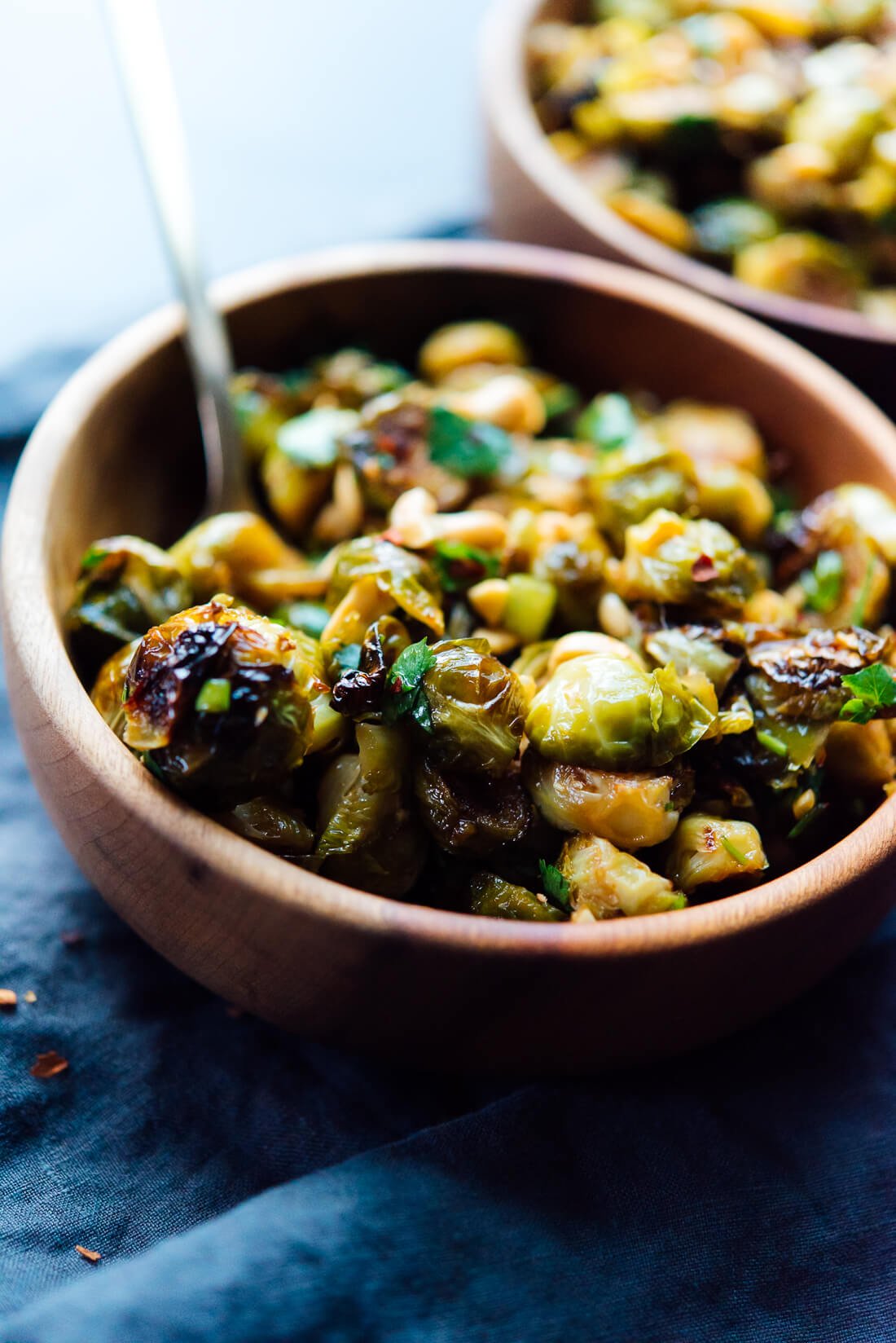 Roasted Brussels sprouts tossed with spicy Kung Pao sauce! This is a delicious vegetarian appetizer or side dish inspired by a popular Chinese dish. Recipe yields 4 side servings.

Recipe inspired by Bon Appetit and adapted from my roasted Brussels sprouts and crispy baked tofu with honey-sesame glaze.
*Make it gluten free: This dish is gluten free as long as you use gluten-free tamari, which is a variety of soy sauce that is usually (but not always, check the label) gluten free. I always use tamari instead of soy sauce because I prefer the flavor of it! Look for tamari next to the soy sauce in the Asian aisle of the grocery store.
Make it vegan: Simply swap maple syrup for the honey instead when making the sesame glaze.
Make it peanut-free: Just omit the peanuts. You might like a sprinkle of sesame seeds instead.
Change it up: Broccoli would be a fantastic substitute for the sprouts, and probably cheaper, too!