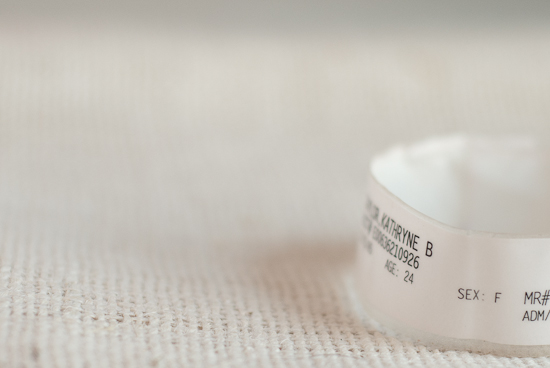 Well, it’s time to share something serious on this blog. It’s not all puppies and cocktails in Kate-land, you know?

The long story short is that I’m going to donate stems cells to a cancer patient. I don’t know the recipient. I’ve been asked not to share the few details that I do know about the patient, but I’ll gladly share what I can with you.

Here’s the long story: When I was a senior in high school, I watched an episode of an ordinarily silly sitcom (remember Popular?). It was about a character who needed a bone marrow transplant but couldn’t find a match. He was sick and dying, and even though every family member and friend wanted to donate their bone marrow to him, no one could.

The tragic nature of his situation struck a chord with me, and it stuck with me. I made a promise to myself that once I turned 18, I would go join the National Marrow Donor Program (NMDP).

Unlike so many of my good intentions that fall through the cracks, I joined the NMDP shortly after turning 18. Almost exactly seven years ago, I walked into the local blood institute and told the nurses I wanted to join the bone marrow registry. I filled out some paperwork and a nurse swabbed my cheek. That was it! The process took less than twenty minutes from start to finish.

Over six years passed. I went to college, had a blast, made mistakes, and learned a lot. I spent a semester in France. I graduated and eventually got a job. Every now and then, the registry would cross my mind. I wondered when I would be called to duty.

Late last summer, I got a letter from the NMDP. I had been identified as a potential match.

And so it began. That night, I filled out some basic information about my health online. Two days later, I went in for more blood tests. They seemed to be moving very quickly. I read online that there was only a 12% chance that I would be selected from all the potential matches, so I didn’t know what to think. A few months went by, so I assumed that they didn’t need me after all. Finally, I got a letter in the mail: I was a match, but they didn’t need me at the moment.

On December 3rd, the nurse called and informed me that I was indeed the best match. She asked if I would come in for more blood tests and to discuss the procedure with the doctor.

Before I spoke with the doctor, I was about 95% convinced I would donate. After all, someone needed me. I can only imagine the uncertainty, the hopes and the fears that the recipient must have felt about finding a donor. The night before I went in, I read through pages and pages of consent forms and physically shook as I learned more about bone marrow donation and PBSC donation, which are the two potential treatments. It was getting real, and I was scared.

The next day, I learned that the recipient is a young person, younger than me. From that moment on, I was 100% certain that I would go through with the donation. I felt that the recipient deserves to grow up, have fun, make mistakes and learn from them. More than anything, I hope the treatment will be successful and allow for a long and fulfilling life.

I endured a battery of tests to make sure I was healthy enough to donate. I went to the hospital for extensive blood tests, an EKG, a chest X-ray, and more. Fortunately, I passed all the tests with flying colors. It’s easy to take our health for granted when everything is running as it should, but this is the first time that my health will directly impact someone else. I’ve never been more thankful for my health and more motivated to maintain it.

I also learned that I’m going to donate peripheral blood stem cells (PBSC’s) instead of bone marrow. The success rates for PBSC donation are generally higher, and the donation process is less invasive. Basically, instead of drawing stem cells directly from the bone, they will inject me with a medicine called Filgrastim that increases the number of the stem cells growing in my bones. A small portion of those stem cells will be released from my bones and float through my blood stream.

After five consecutive days of injections, I’ll go to the Oklahoma Blood Institute to donate those stem cells (the peripheral blood stem cells) through a process called apheresis. Once they have collected enough PBSC’s, a courier will fly with my cells over to the recipient, who will be prepared to receive the transplant. Pretty rad, right? My cells flying in an airplane, on their way to save a life?

I’ll stop here. I’ve tried to explain everything in layman’s terms so we’re all on the same page. I’d like to share some interesting facts about donating stem cells and the rest of the story, if you’re interested. Today, I’m going to receive my first shot of Filgrastim. I’m nervous and scared, but excited. Wish me luck!

Update: you can read a follow-up post about my experience donating peripheral blood stem cells here.

Please join the Be The Match Marrow Registry. If you’re willing and able, please join. Odds are that you won’t ever be selected as a best match, but please be there in case someone needs you. Learn more about how to give here. Thank you!