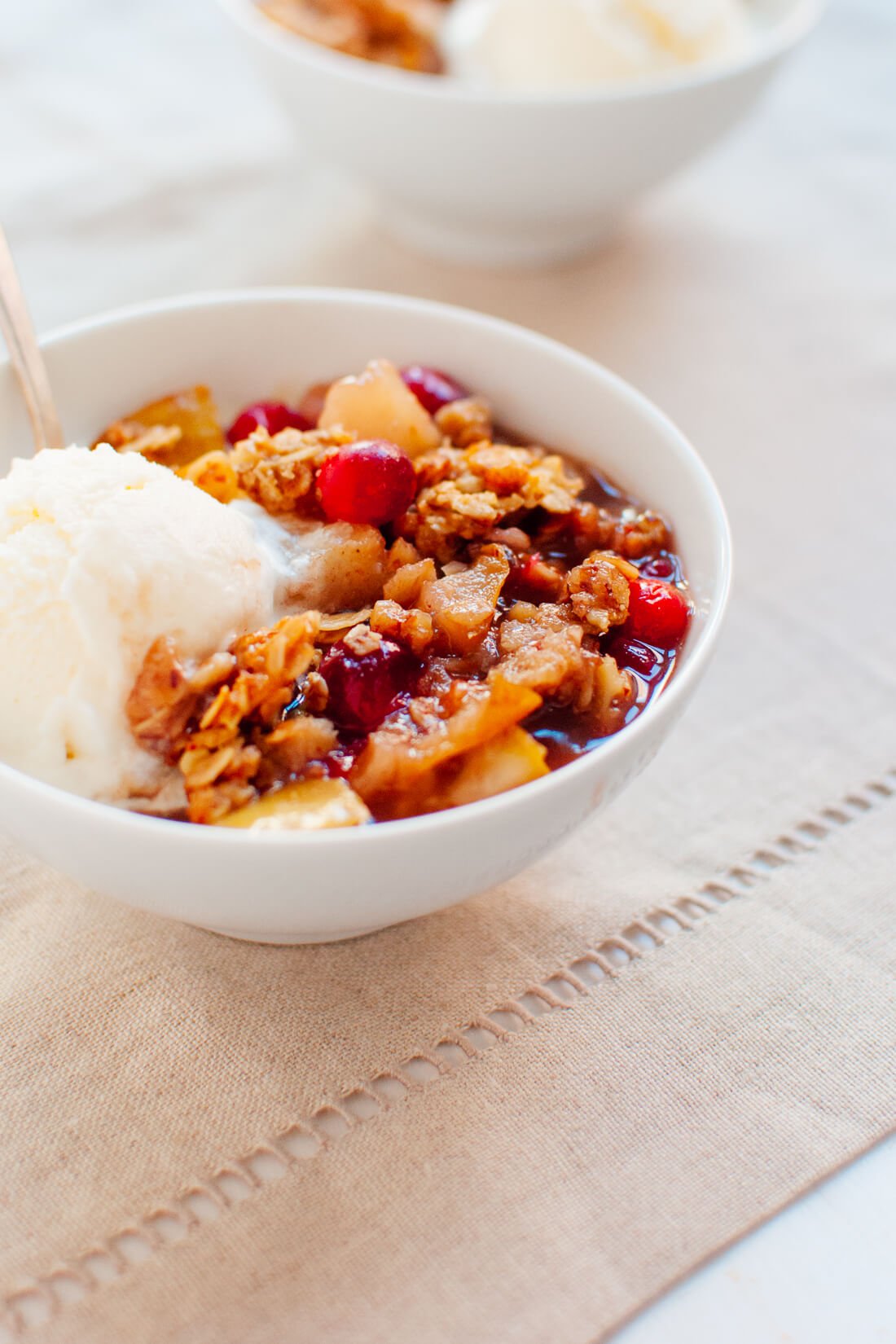 I have Friendsgiving on my mind. Not Thanksgiving and its boring, beige, turkey-mashed-potatoes-and-gravy plates, but the boozy Thanksgiving-with-friends edition that we call Friendsgiving. Friendsgiving features turkey, of course, but also offers many colorful, vegetarian sides and at least two pies. At least.

I’m attending two Friendsgivings this year: one this weekend and one the next, which will be shortly followed by the real Thanksgiving with my family. I’ll be rolling into December in my stretchy pants. 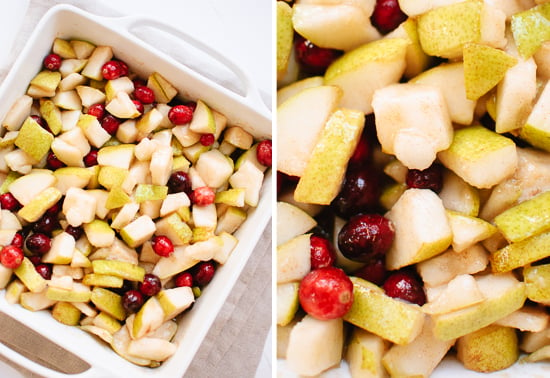 I thought I’d share this pear and cranberry crisp in time for your Friendsgiving(s) and Thanksgiving feasts. No, it’s not pie, but it’s fresh, simple and gluten free. The recipe is based off this summer’s popular strawberry rhubarb crisp. I filled it with fall-appropriate pears (apples would also be great) and tart cranberries, which sweeten up as they bake. I also mixed in some walnuts, brown butter and spices for even more fall flavor.

I wanted to be able to share this dessert with my gluten-free friends, so I searched around for gluten-free topping substitutions. I found my friend Dana’s recipe, which had similar proportions and called for almond meal instead of wheat flour in the topping. So simple! 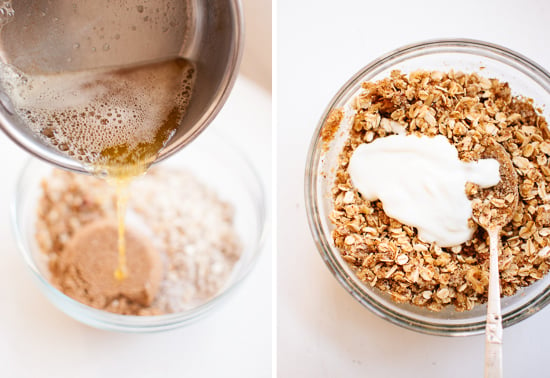 Now then, to peel or not peel the pears. That is the question. I did not peel my pears. However, I later wished that I had peeled the pears because I found the texture of the skin to be a little distracting. My friends did not. I’ll say it’s up to you, but I would peel the pears if I were you. I think a vegetable peeler would be the easiest way to go about it. 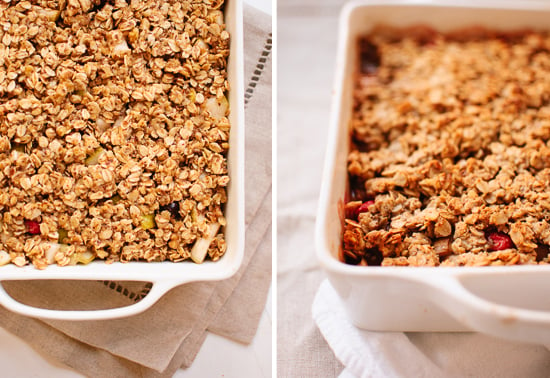 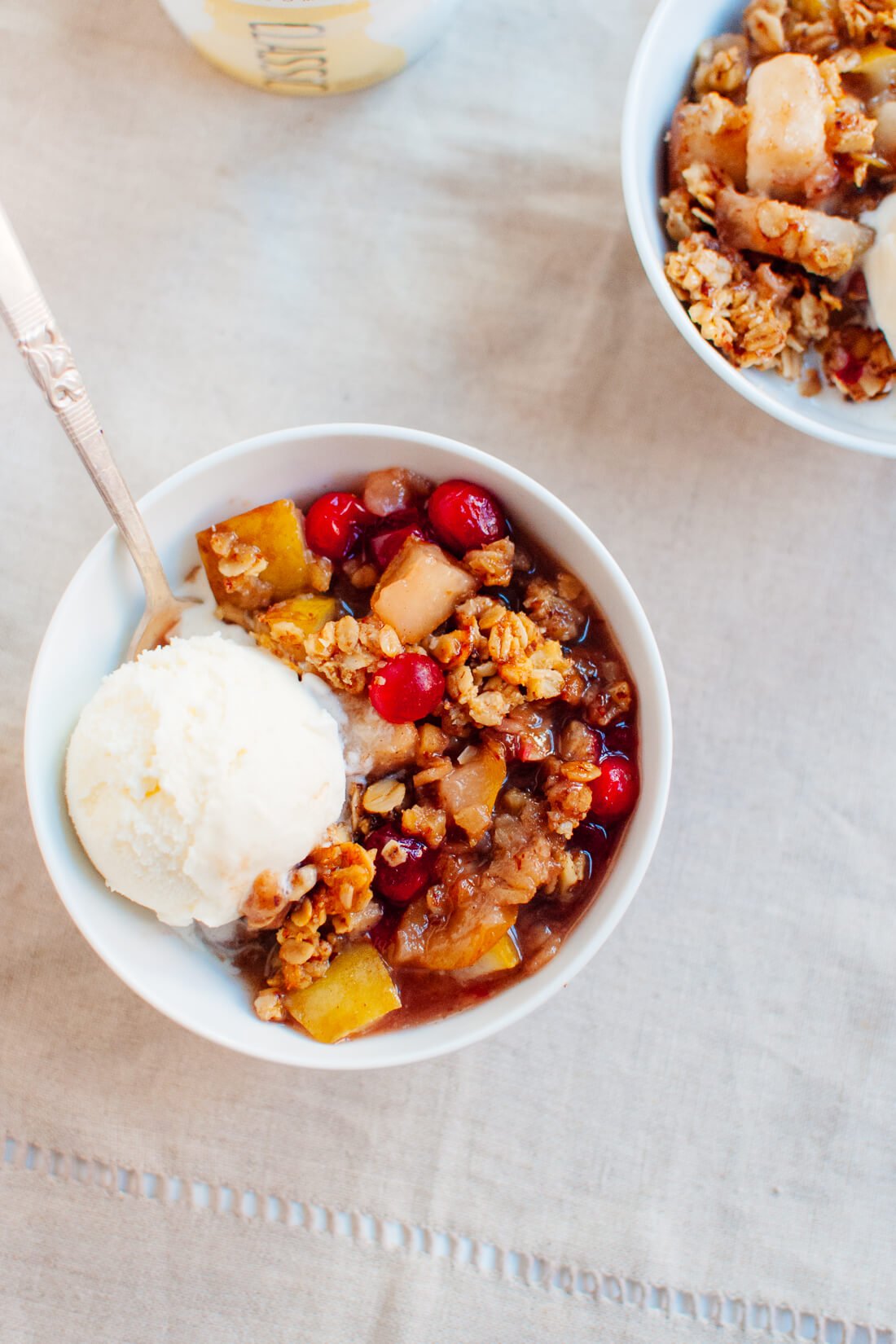 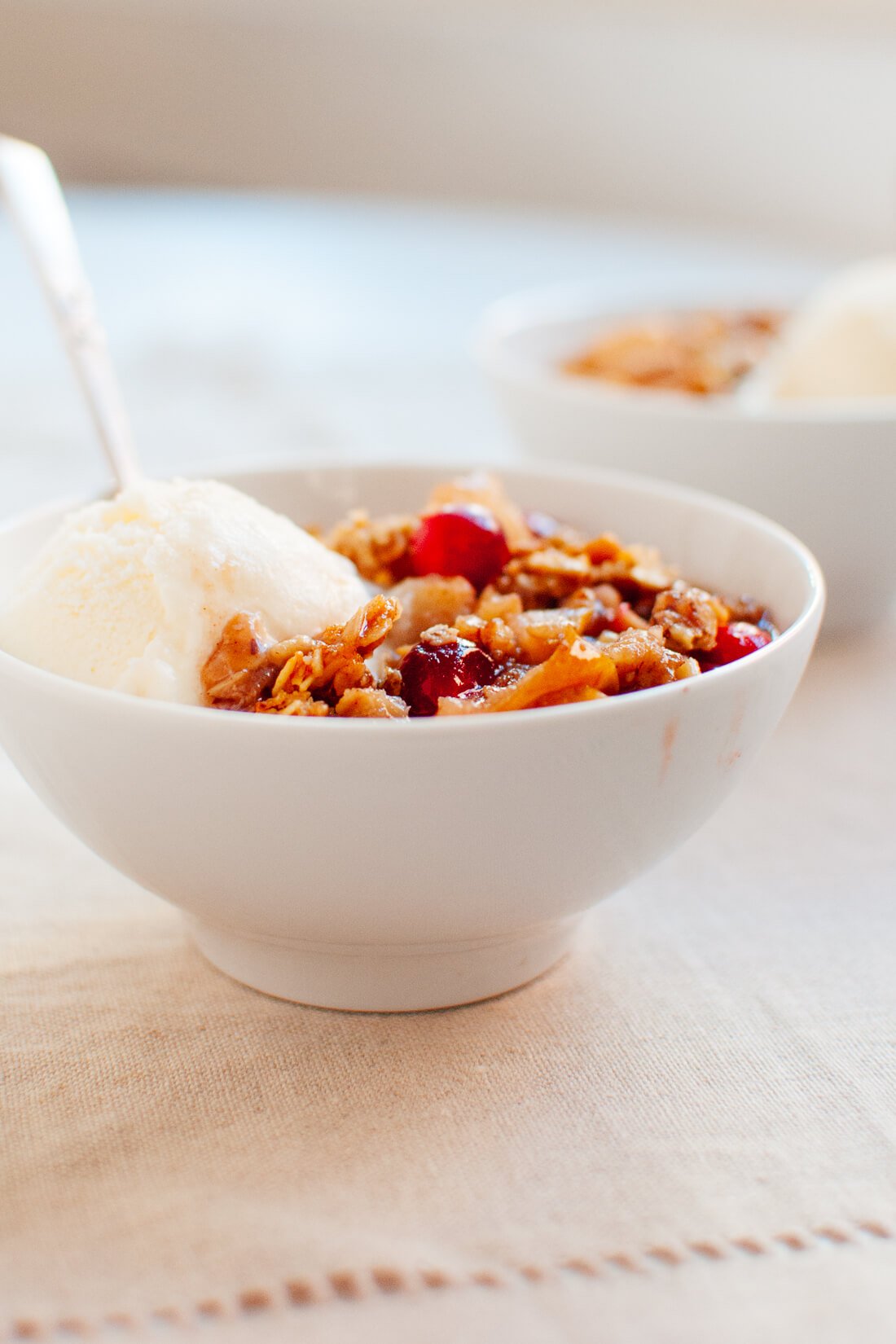 Honey-sweetened pears and cranberries with a gluten-free oat and almond meal topping. Feel free to substitute apples for the pears if you prefer. This simple dessert is perfect for holidays or any cold day, really!

Make it nut free: Omit the walnuts and use ¾ cup whole wheat flour and ¾ cup oats instead of the almond meal and oats specified above. It will no longer be gluten free. If you want to keep it gluten free, I suspect that you could replace the almond meal with oat flour or more oats (haven’t tried that, please comment if you do!).

Make it dairy free/vegan: I believe you could use melted coconut oil in place of the browned butter/yogurt (use 4 tablespoons coconut oil and add up to 3 more, until the topping mixture is moistened throughout) and maple syrup instead of the honey. I haven’t tried it, though.

What’s arrowroot starch? Arrowroot starch is a great thickener to use in place of corn starch, which is often genetically modified. It’s gluten free, too. Look for it in the baking section of well-stocked grocery stores or buy it online.