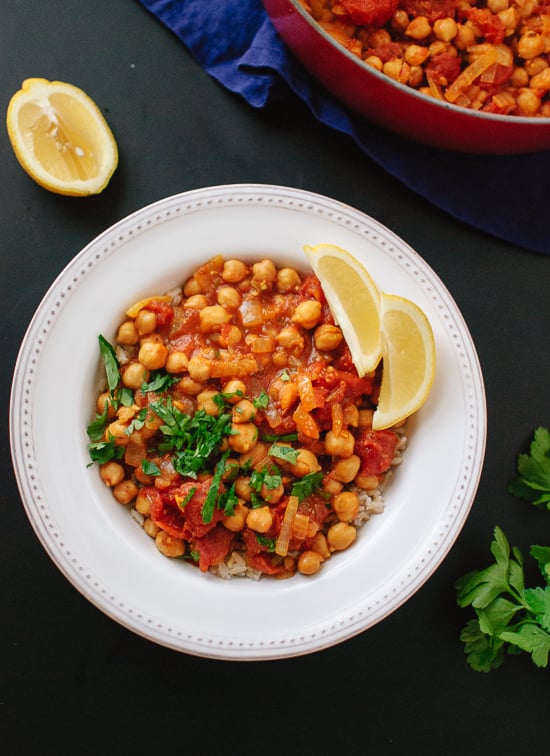 Good news! Cookie got her bandage off yesterday. Just a few more long days with the cone around her head. I’m tired of getting herded around by a furry bulldozer! The best news is that the vet said she should be in good shape for our long walks this spring. Sometimes I wonder which of us needs those walks more.

I’ve been working non-stop on a website redesign (coming so soon) but I’m pausing to share this recipe, which is from Angela Liddon’s just-released The Oh She Glows Cookbook. I’m generally intimidated by Indian cooking because the recipes usually call for a long list of unfamiliar spices, so I was happy when I found Angela’s recipe for quick and easy chana masala in the pages of her new cookbook. The chana masala recipe comes together quickly with mostly pantry ingredients, but the end result tastes super fresh. 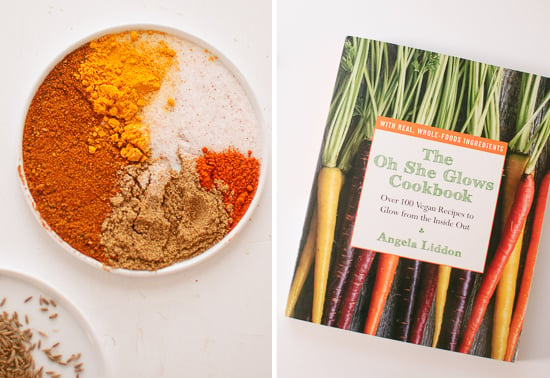 Chana masala is one of my favorite options at Indian buffets. It’s a hearty, saucy and spicy chickpea and tomato dish, just the type of meal I’m craving while there’s snow on the ground. I thoroughly enjoyed the 20 minutes I spent over the stove for this recipe. Wave after wave of deliciousness hit my nose—first, fried cumin, then onions, ginger and chile pepper, followed by warming spices and stewed tomatoes. I think I’ll start cooking Indian recipes more often.

The only significant change I made to this recipe was using a tikka masala spice blend instead of garam masala. Generally speaking, garam masala has more warming spices, like cloves and cinnamon, while tikka masala has brighter notes of chili powder and paprika. Garam masala is the typical choice for chana masala, but I just grabbed the jar I had in my spice drawer. No two masalas (a broad term for Indian spice blends) are exactly alike, anyway. I think you’ll be happy with any quality blend. 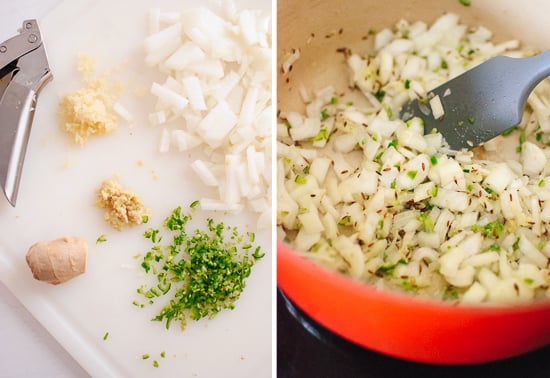 I’m loving the recipes I’ve tried from Angela’s new cookbook. So far, in addition to the chana masala, I’ve tried her coconut whipped cream and chia jam (featured on oatmeal here). You may already be familiar with Angela’s popular blog, Oh She Glows, which is overflowing with accessible vegan recipes. Her cookbook features over 100 recipes (and over 100 photos!), including hearty breakfasts, colorful smoothies, creative soups and salads, and quite a few vegan entrees that I suspect even hardcore carnivores would enjoy. Oh and desserts, too!

Angela kindly offered me a review copy and I know it will be a permanent fixture in my collection. If you’d like a copy for yourself, you can order it on Amazon here. 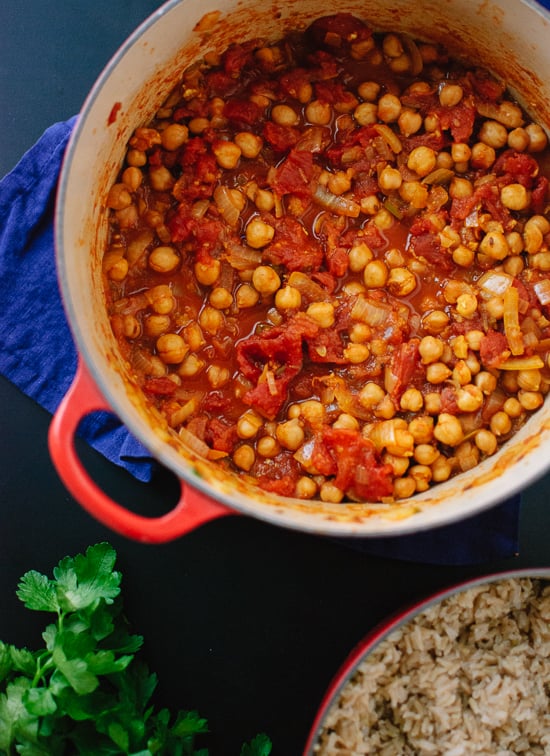 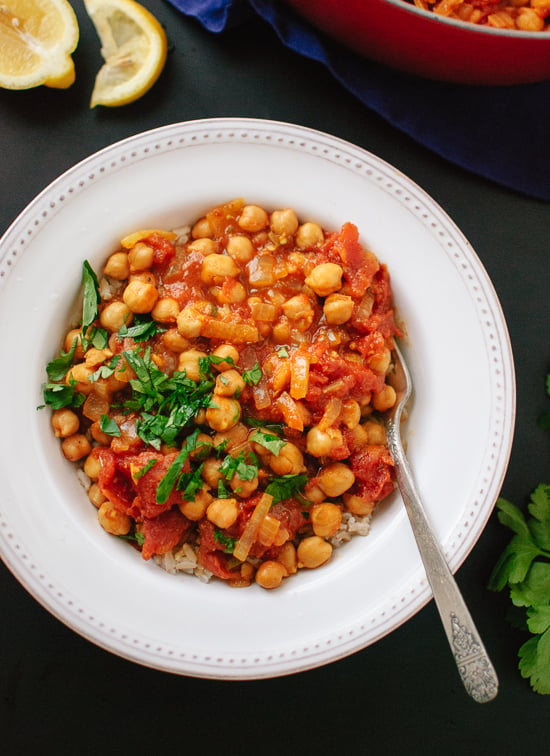 Quick and easy chana masala recipe served over basmati rice. This spicy, hearty Indian dish is vegan and gluten free. It makes great leftovers, too! Be sure to prep the ingredients in advance, as the recipe moves quickly.