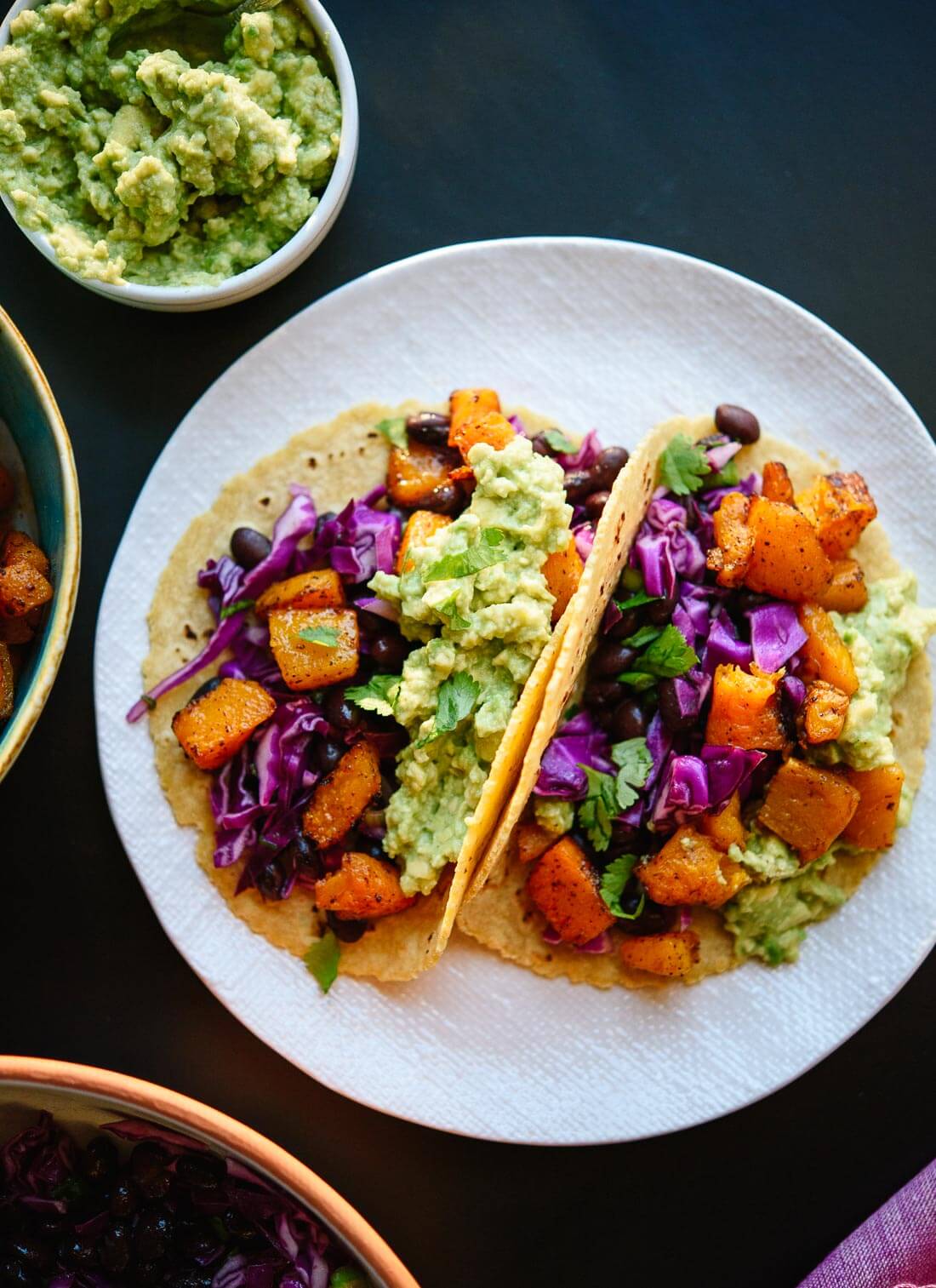 Just when I thought I couldn’t come up with another recipe, my wonderful hair stylist said, “Tacos.” So here we are, two grocery stores later, with tacos that are as tasty as they are colorful. You need some color to brighten up drab winter days, you know? 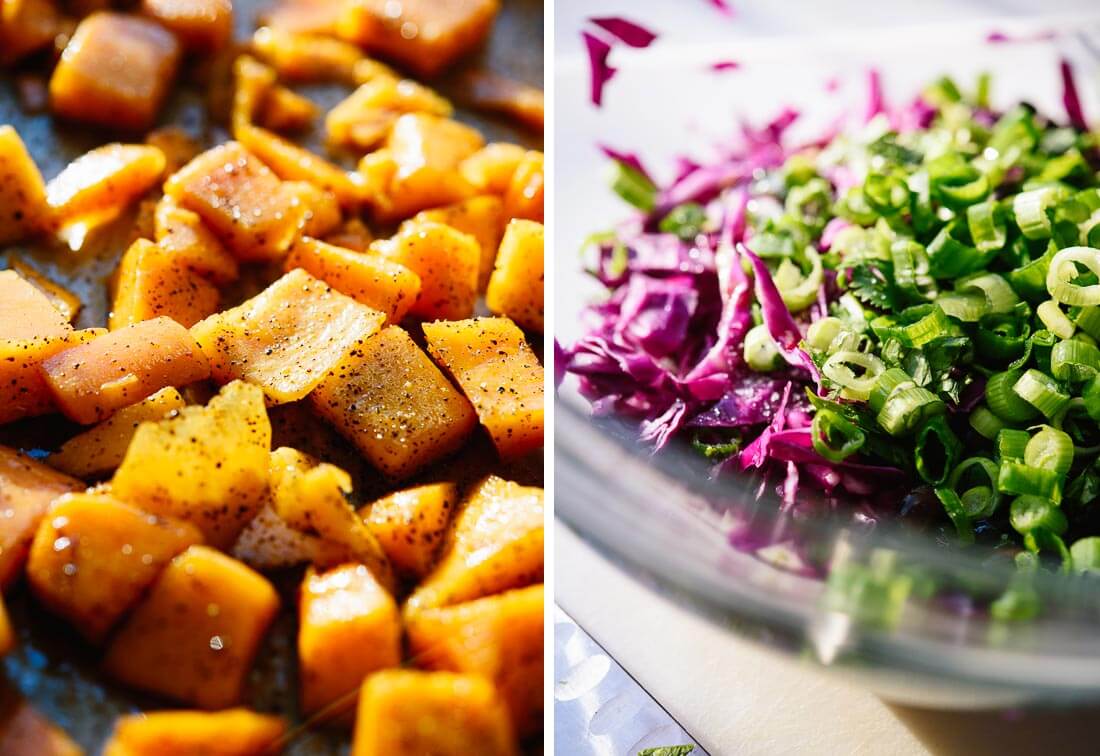 For these tacos, I drew inspiration from my sweet potato tacos and roasted up some cubed butternut squash instead (sweet potatoes would be awesome here, too!). I actually cheated, for once, and used two bags of pre-cut squash from Trader Joe’s. I think I’ll do it again soon.

While the squash roasts in the oven, just mix up some simple cabbage and black bean slaw (a riff on the slaw used in my spaghetti squash burrito bowls) and mash up some guacamole. I have finally learned that mashing guacamole with a pastry cutter or potato masher works way better than a dinky fork. Hallelujah! Hope you love these. Find more tacos over here! 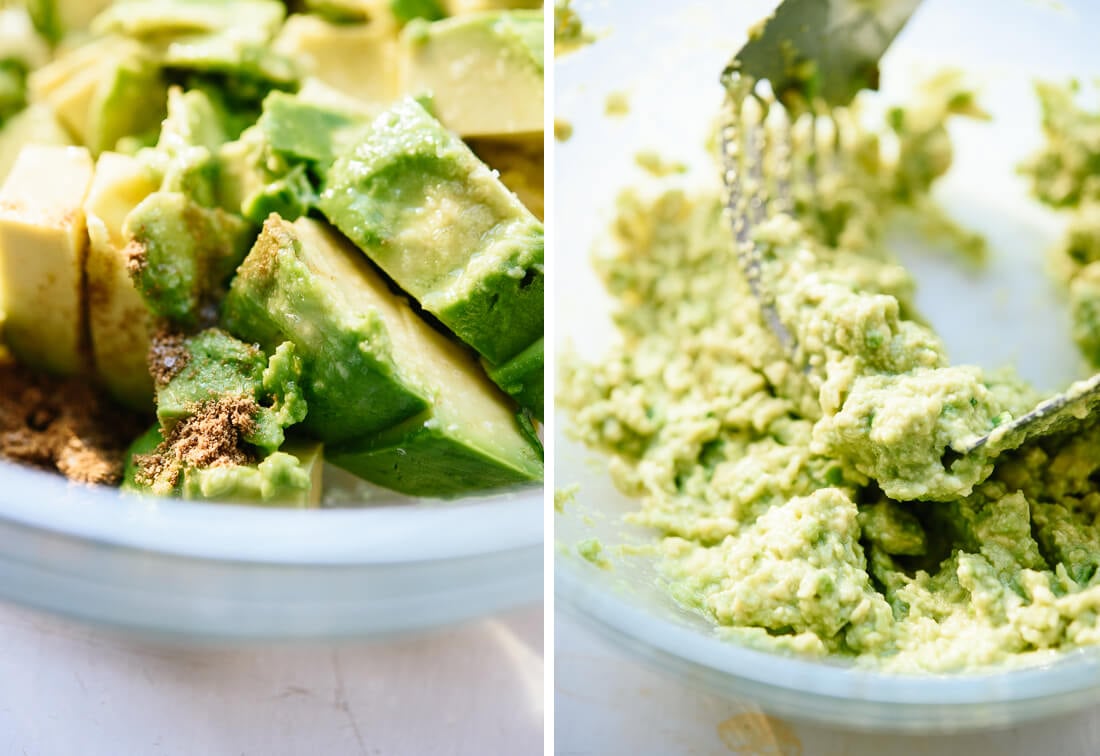 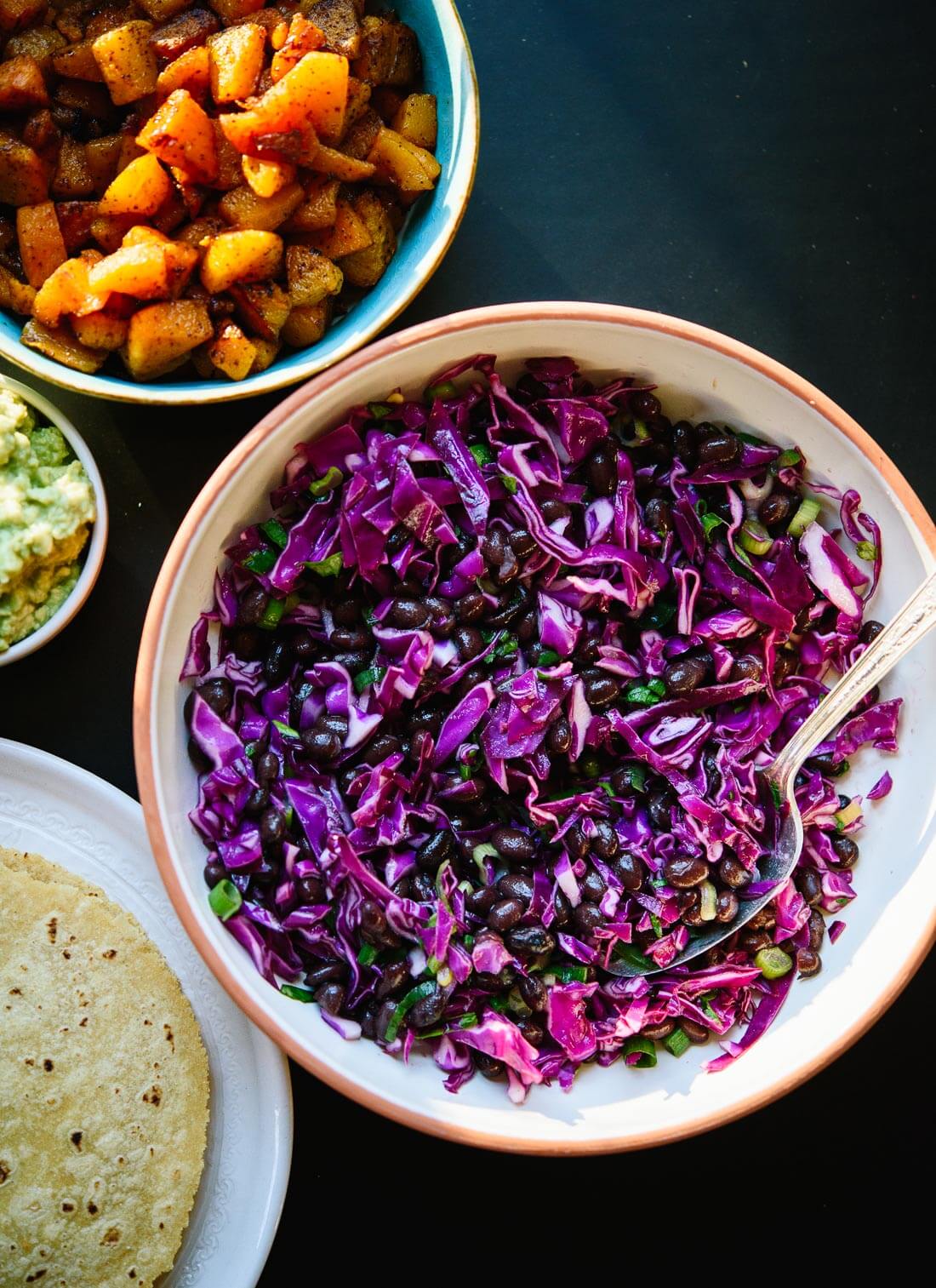 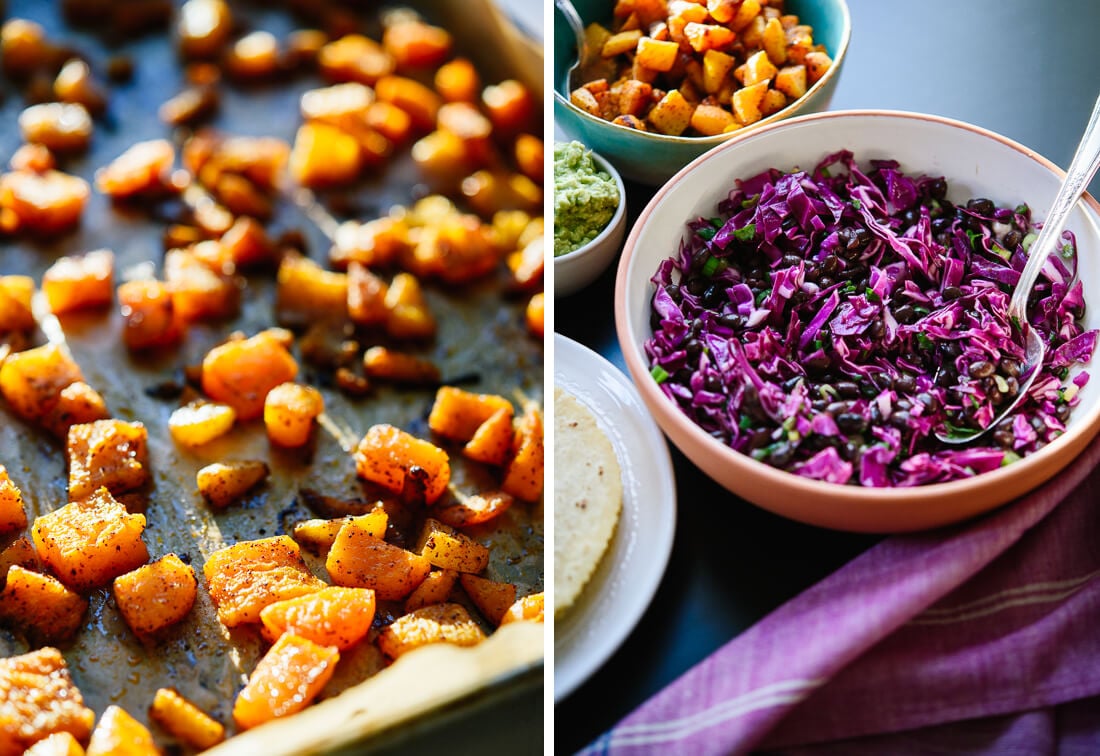 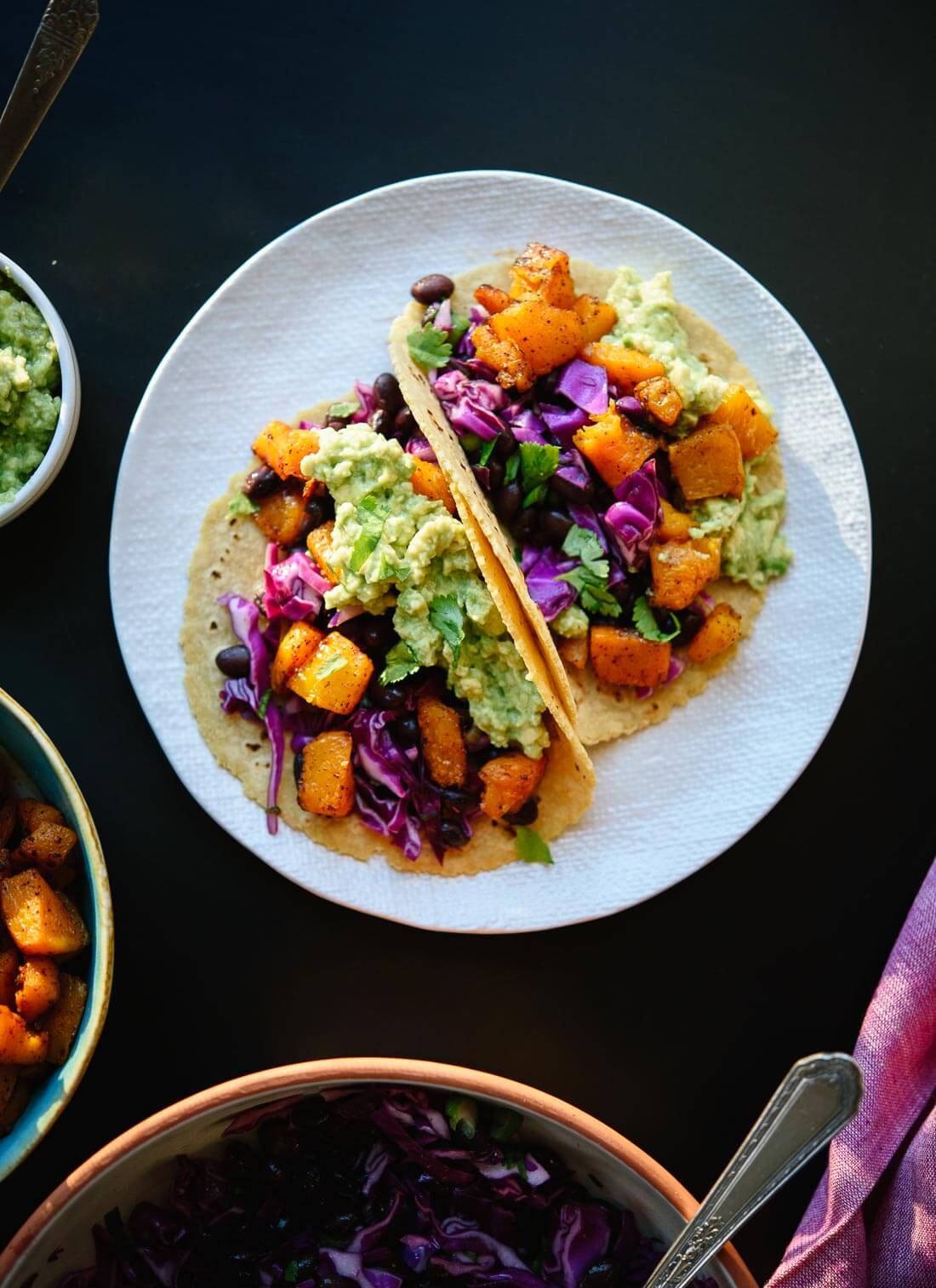 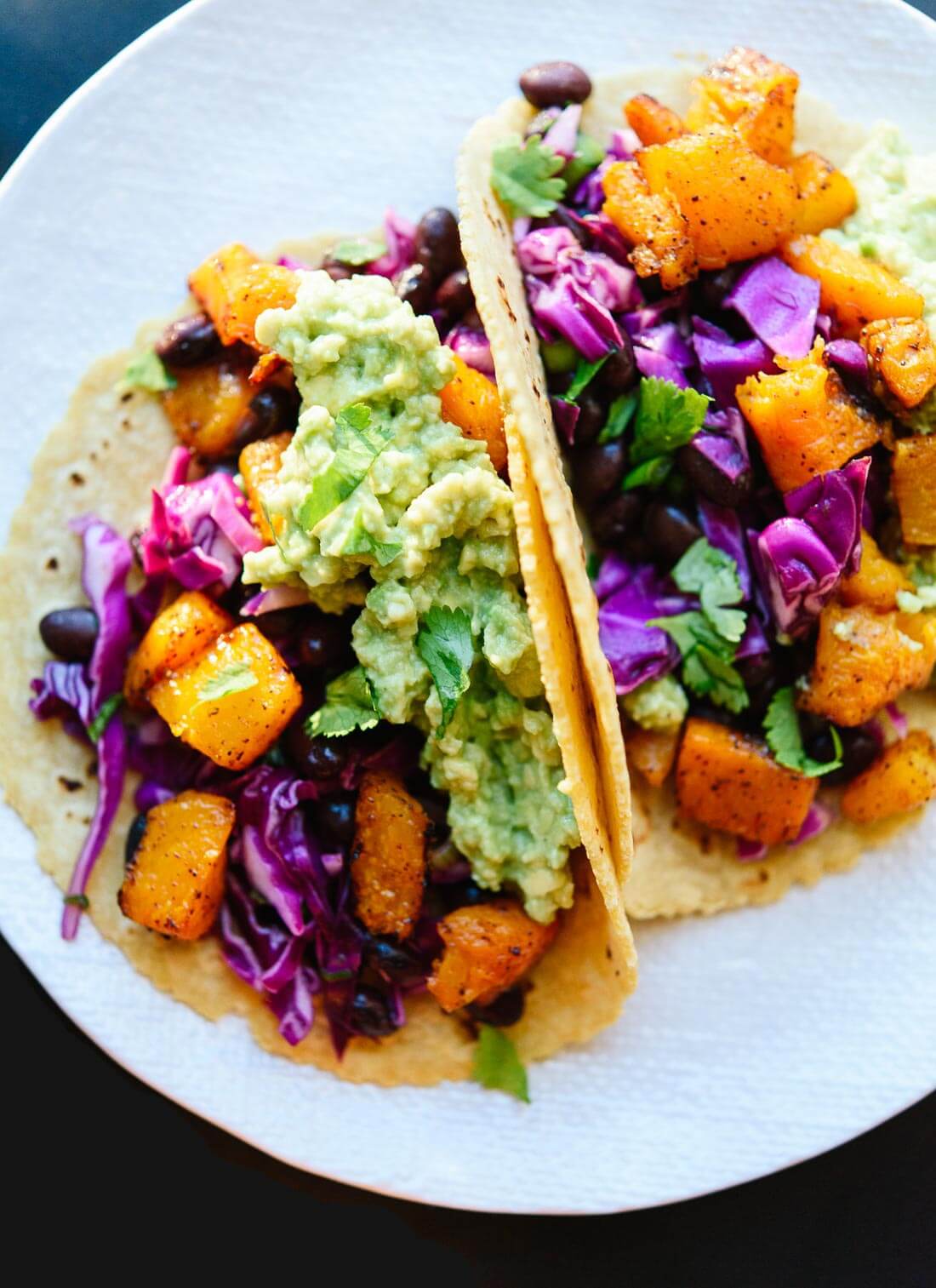 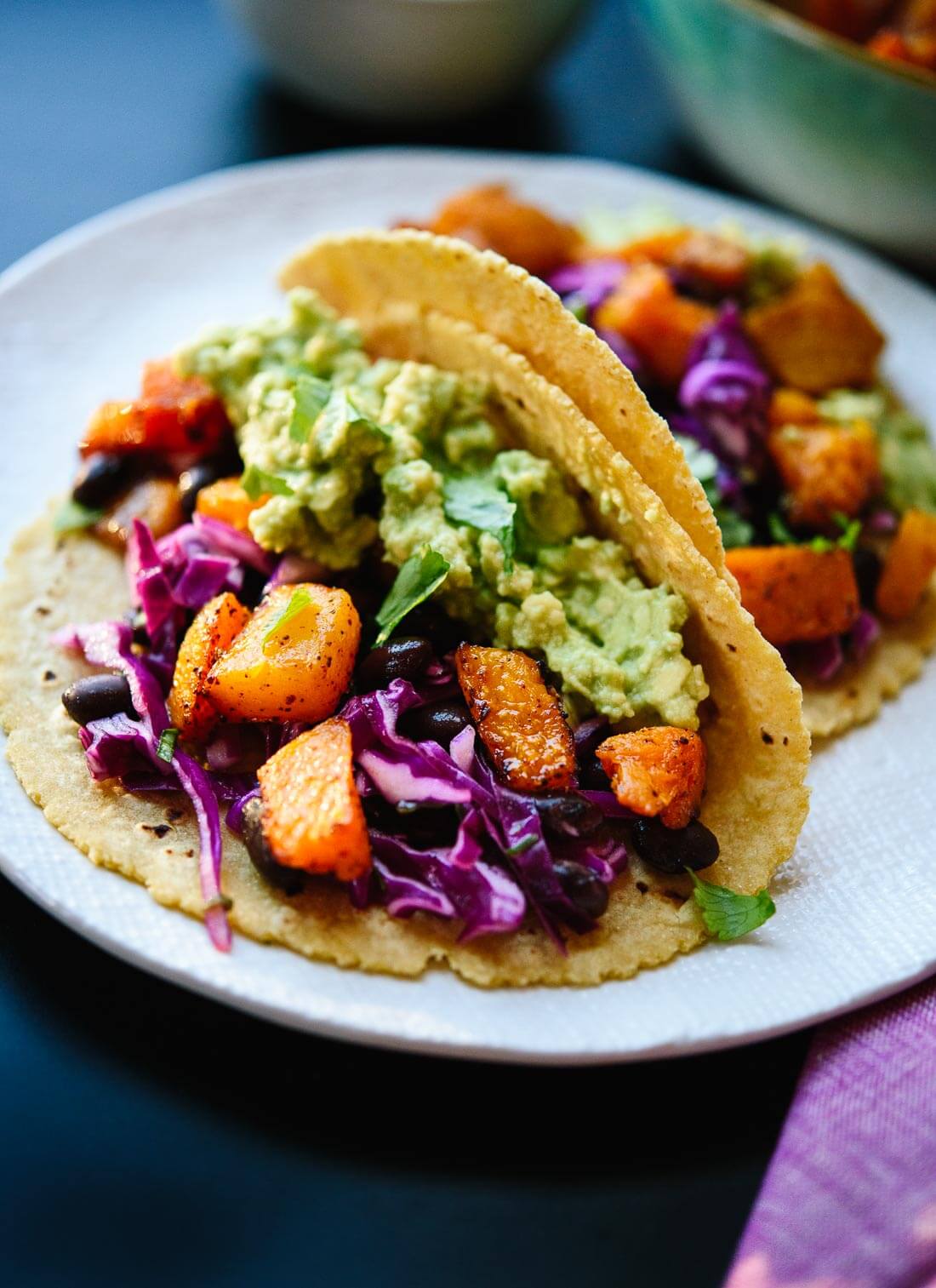 Colorful butternut squash tacos with crisp slaw, black beans and guacamole! These tacos are a simple weeknight meal and a great option for vegan and gluten-free eaters. Recipe yields about 8 tacos (4 servings).

Change it up: Sweet potatoes would be an awesome substitute for the butternut.
Storage suggestions: Store individual components separately for best results. Store leftover guacamole in a small bowl with plastic wrap pressed against the top to prevent oxidation.