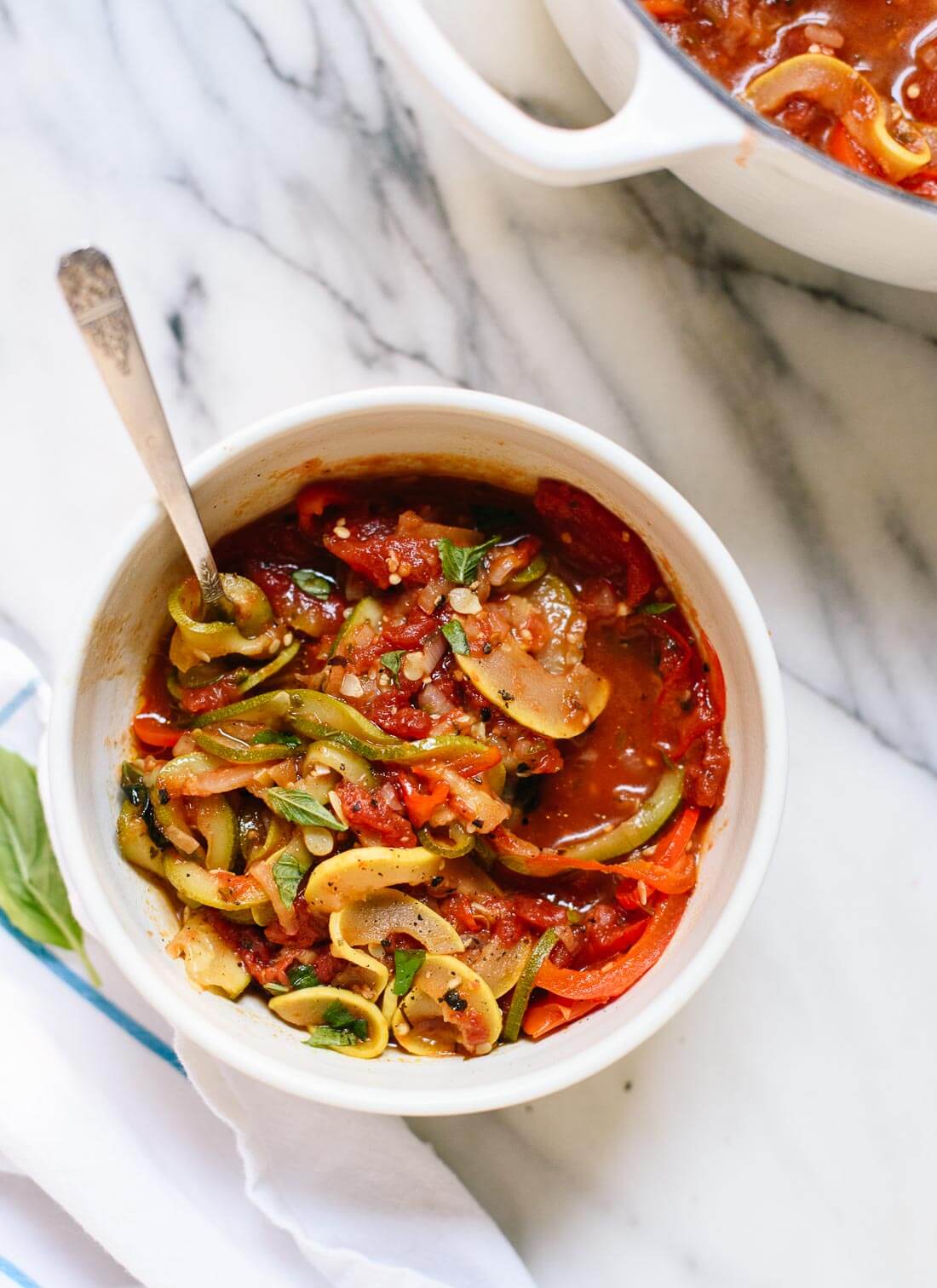 Exciting things are afoot here at Cookie and Kate, but I don’t want to speak too soon and jinx it. For now, I’ll tell you about something else that’s exciting: my friend Ali’s new book, Inspiralize Everything, is here! Ali is the girl who got me hooked on veggie noodles and she’s probably gotten some of you hooked as well, considering that her first book is still flying off the shelves.

Her new book is organized by types of produce (it’s an “Apples-to-Zucchini Encyclopedia of Spiralizing”), and even though it’s not vegetarian, I have already dog-eared so many meatless recipes to try. It’s a great resource for anyone interested in spiralizing veggies, that’s for sure. 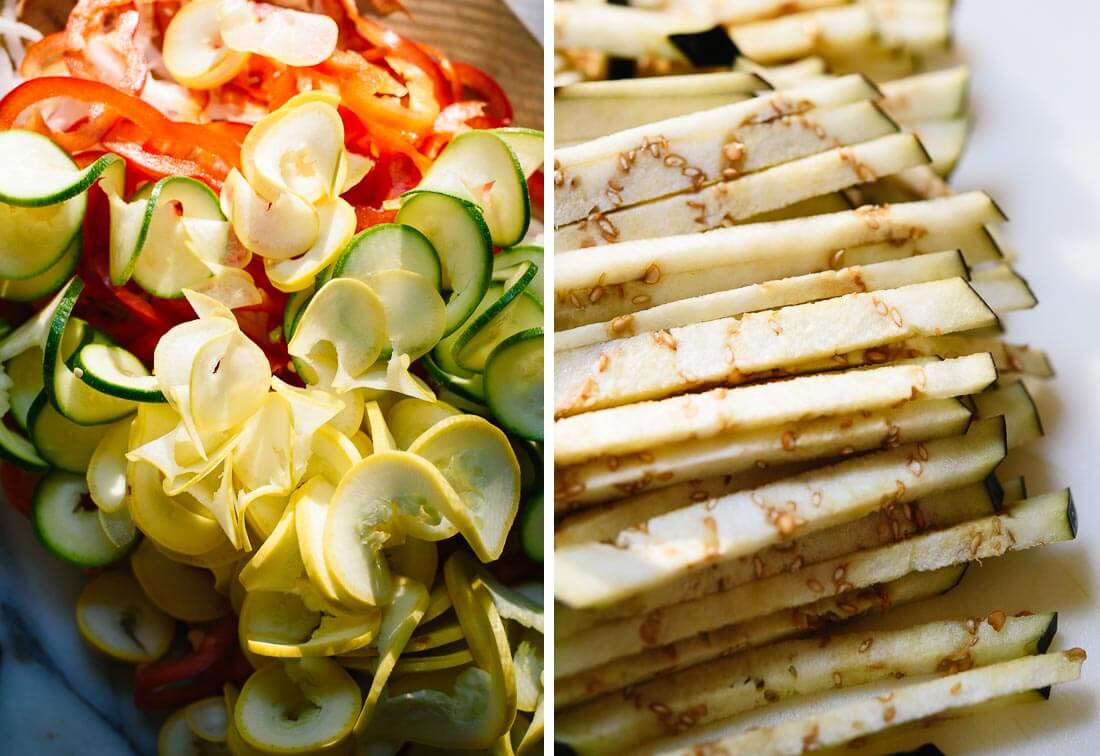 To celebrate, I’m sharing her delicious ratatouille recipe today, which features spiralized bell peppers, zucchini, yellow squash, and onion cooked in a hearty tomato sauce with eggplant. It’s a spin on classic ratatouille. Traditionally, ratatouille ingredients are chopped and sautéed separately, but this dish comes together quickly on the stove. It’s the perfect use for all those late summer garden veggies, and would be especially lovely on one of those rare, cool summer evenings. 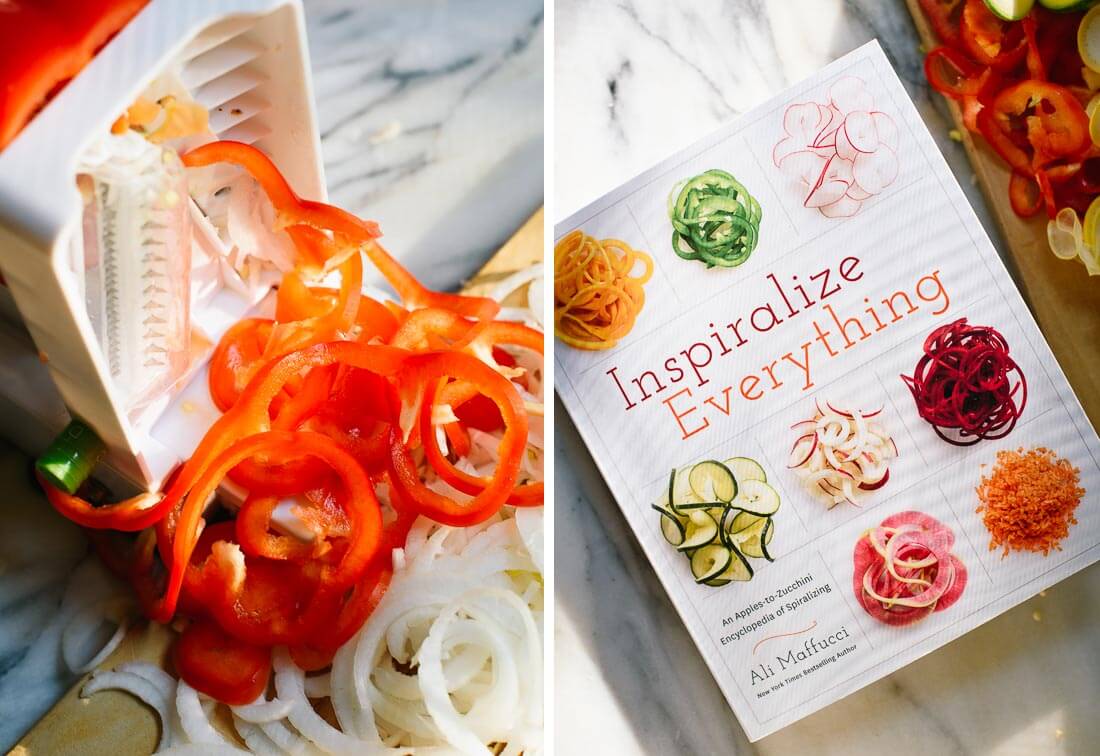 I used the Inspiralizer that Ali sent me a while back to make the noodles for this recipe. I’ve gotten some questions about spiralizers vs. julienne peelers lately, so I thought I’d address that while we’re on the subject.

I really love the voluminous curly noodles that you can get with a spiralizer, as opposed to the straight noodles that you get with a julienne peeler. With a spiralizer, you can make ribbons out of vegetables like onions and bell peppers, which you couldn’t do with a julienne peeler. So, even though the spiralizer is bigger and more difficult to clean, it’s earned a permanent place in my kitchen. I accidentally used the wrong blades for my noodles, but the ratatouille turned out great, anyway, so I wouldn’t worry too much about which blade is which for this recipe.

If you don’t have a spiralizer, I think that you could probably chop all of these ingredients by hand into similarly sized pieces with good results. Or, make my roasted ratatouille instead! 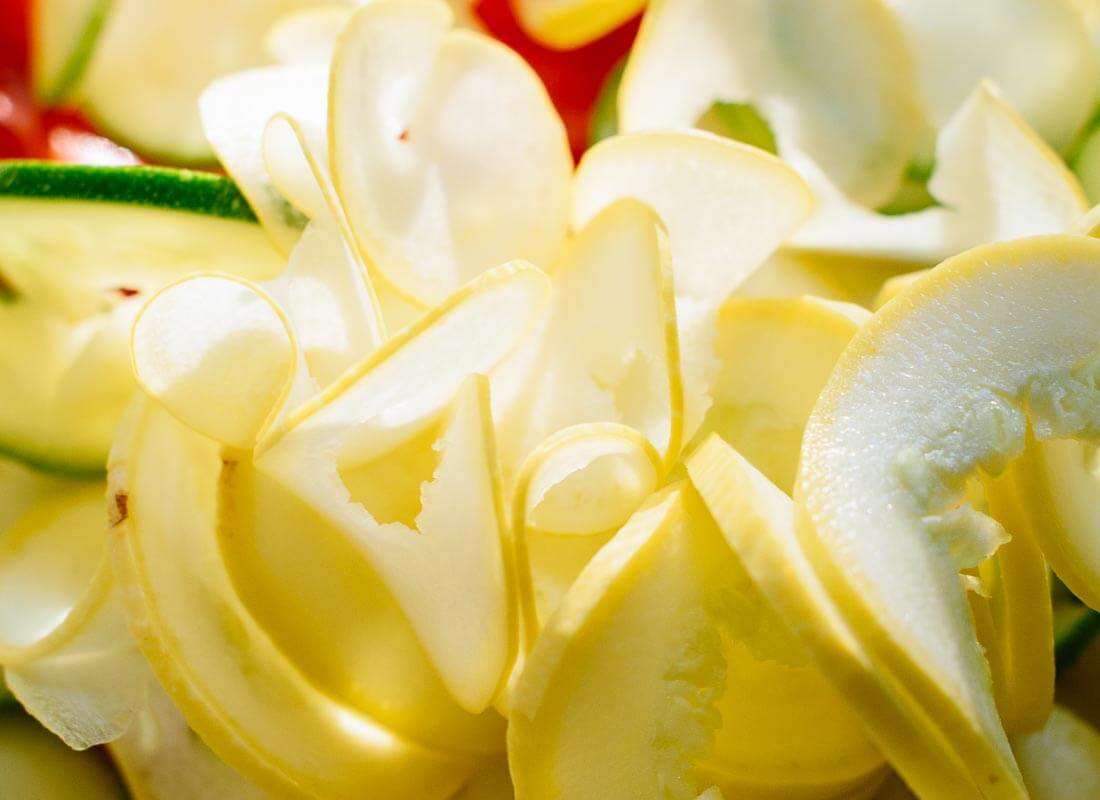 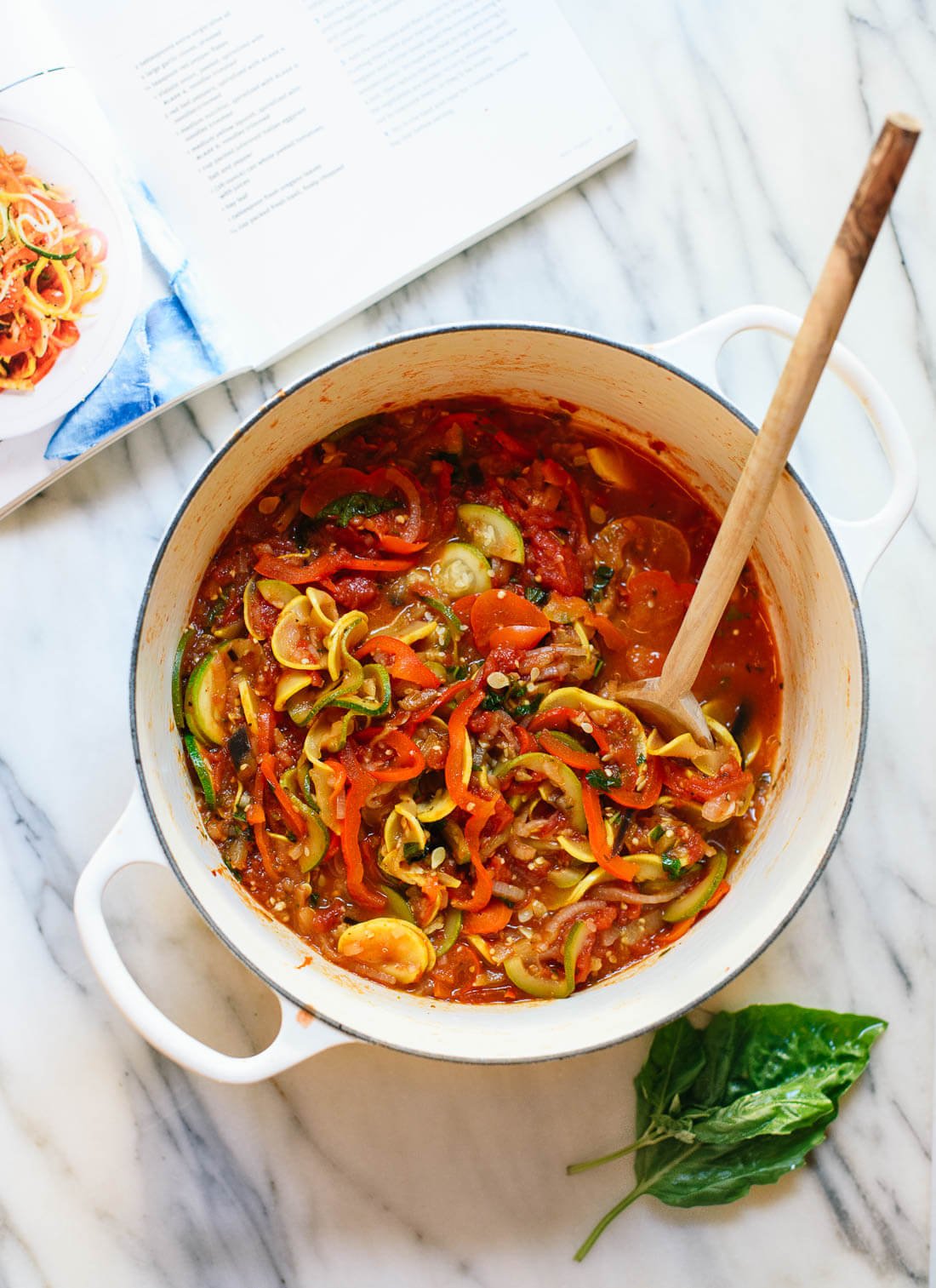 Here’s a fun (and easy) spiralized take on traditional ratatouille. Enjoy it as is, or serve it on spaghetti or crusty whole grain toast. I think it would be great with eggs, too. Recipe yields 4 servings.

Recipe minimally adapted, with permission, from Inspiralize Everything by Ali Maffucci.