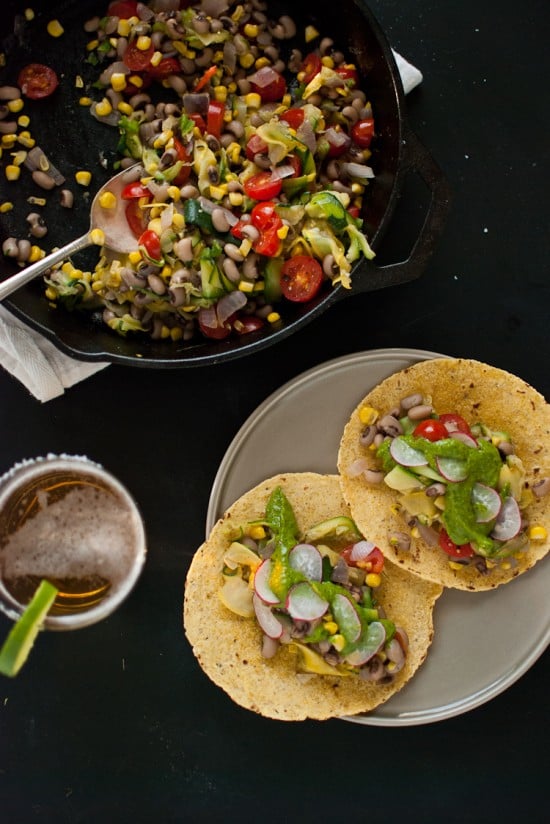 Summer announced its arrival with an insufferable heat wave this year. My sweat glands are weeping, my pores are wailing, and the mere thought of turning on the oven makes me want to cry to the heavens for relief. Not a pretty picture, I know.

Apologies in advance, as this surely will not be the last time I bemoan the heat this summer. This is also the first of several summer squash posts that I have in the works—I hope you enjoy interesting preparations of these light and refreshing, colorful vegetables as much as I do. 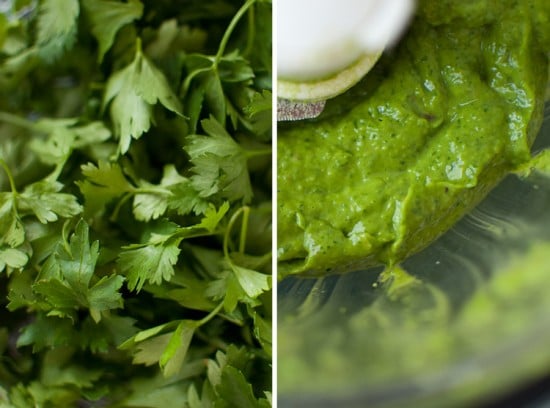 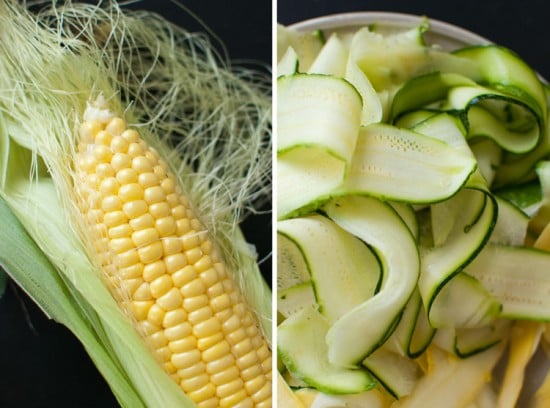 You could, for instance, serve the avocado chimichurri with huevos racheros or on a baked frittata filled with cherry tomatoes, red onion and black beans. Try adding it to kale and black bean burritos, serving it on tostadas or sub it for the avocado and cilantro in this burrito bowl. Dip a basic quesadilla into this stuff and it’ll become positively divine. I’d have no qualms dunking crispy French fries in this stuff, either. Refried black beans and cilantro lime rice served with grilled vegetables and topped with avocado chimichurri sauce? Fiesta time! 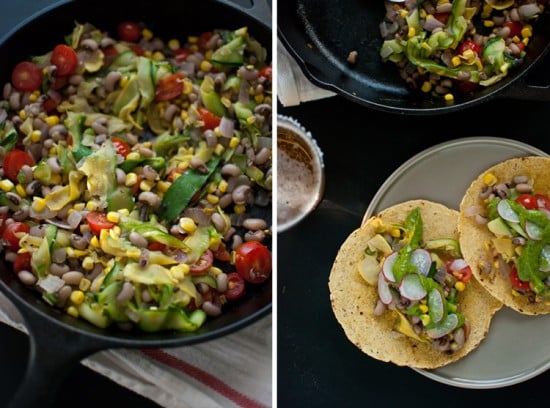 Before we get to the recipe, I want to share some notes on the method and ingredients. If I had a grill, I would have grilled the corn on the cob and slices of squash, but in my single girl, apartment dwelling ways, I do not. I chose to ribbon the squash because I like playing with my new vegetable peeler, but I think you could just as well cut them into small chunks like Kelsey did for her dill and feta squash tacos.

I think, in my haste to publish this black-eyed pea salad recipe a couple weeks ago, I forgot to tell you why black-eyed peas are so great. Black-eyed peas are beans—not peas—and they are perhaps my favorite white bean, because of their small size, mild taste and smooth texture. They deserve to be eaten year round, not just on New Year’s! If you’re not into black-eyed peas or can’t find them, black beans would be a great substitution. Lastly, after photographing the tacos as shown here, I tried adding feta cheese to one and shredded sharp cheddar cheese to the other. As much as I love cheese, I don’t think the tacos need it. Chimichurri and spicy slices of radish is just right. 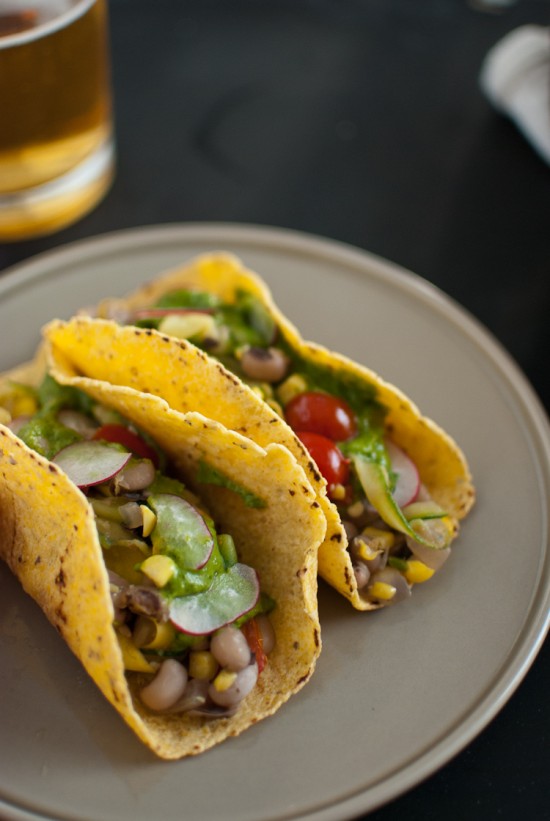 Summery tacos stuffed with zucchini, yellow squash, corn, tomatoes and black-eyed peas. Top with a dollop of avocado chimichurri sauce for a sublime summer meal. This recipe happens to be vegan and gluten free, too.