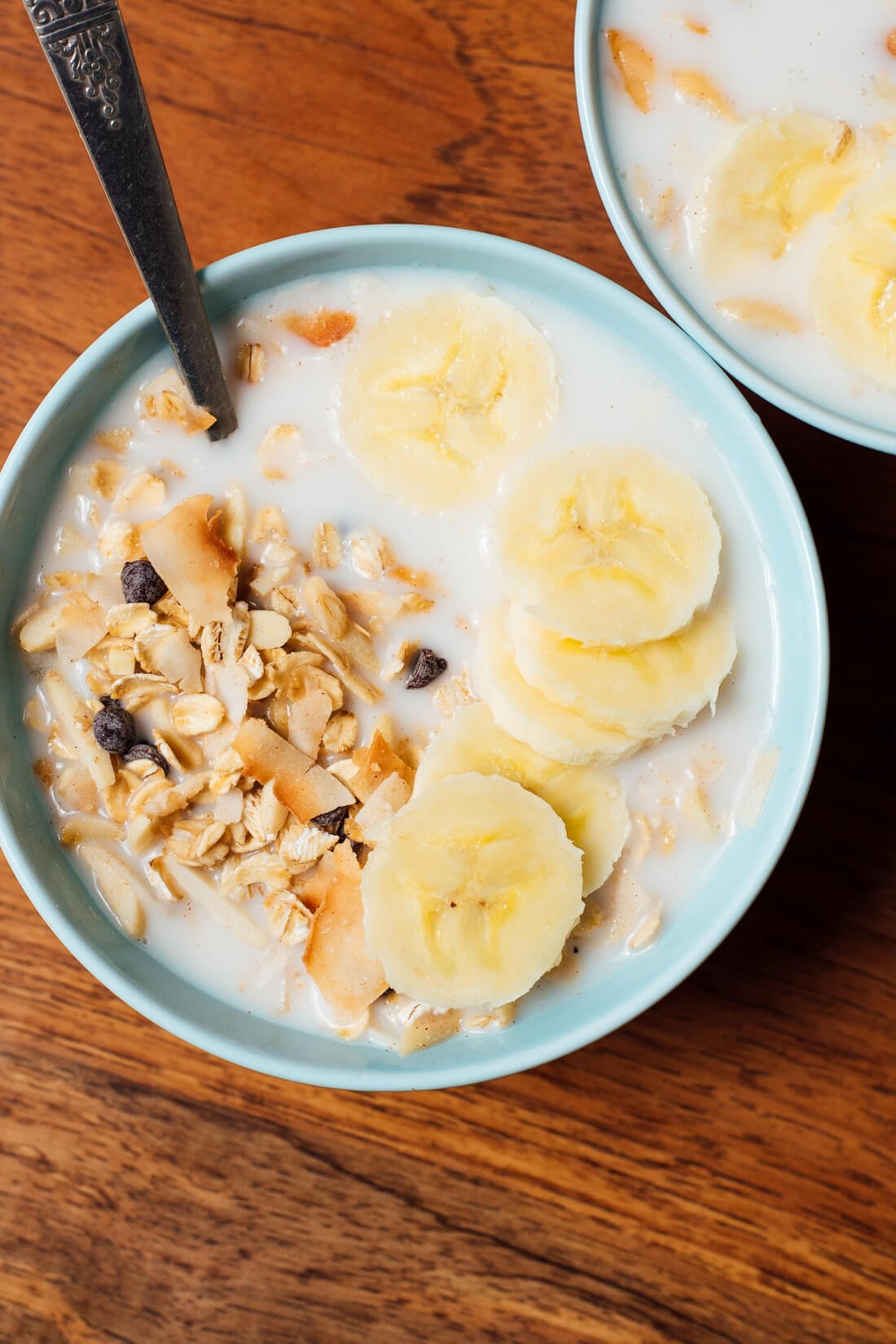 This post is brought to you by Bob’s Red Mill.

Growing up, my mom wouldn’t allow any sugary cereal into the house except for the exceedingly rare box of Cinnamon Toast Crunch, which we ate right out of the box like candy. Because it is candy.

I was otherwise opposed to cereal. I never liked my mom’s choice of cereal—the healthy, fortified, fiber-rich stuff. On a more fundamental level, I couldn’t understand the appeal of cold milk and soggy stuff in a bowl. It’s like cold soup! Can anyone back me up on that?! Plus, I hated the sound of metal spoons scraping against bowls so early in the morning. I swore off the whole category and switched to toast with peanut butter. 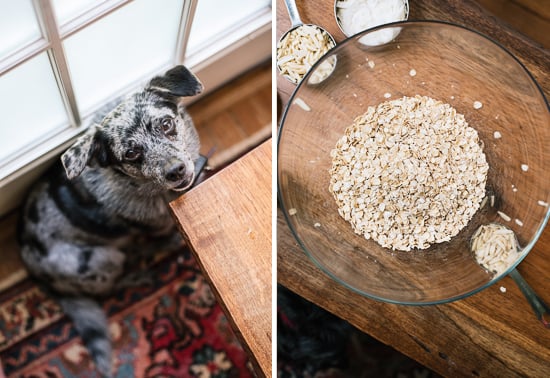 I crinkled my nose at the cereal bar in the dorms and carried on in my toast-eating ways until junior year, when I moved to France for a semester abroad. There were no toasters in the dorms. Also no refrigerators or microwaves, just a stove. I stored my food in a cabinet in my little room and quickly learned how to get by.

At the French grocery stores, I found milk that didn’t require refrigeration until opening. I also discovered on my own that I could just not refrigerate the milk for a day or two after opening. (I’m fine, Mom!) Then my friend Mandy introduced me to the magic that is the French cereal aisle. The French know how to make some tasty, chocolatey cereal. After all my years of vocal cereal-hating, I survived on cereal in France. 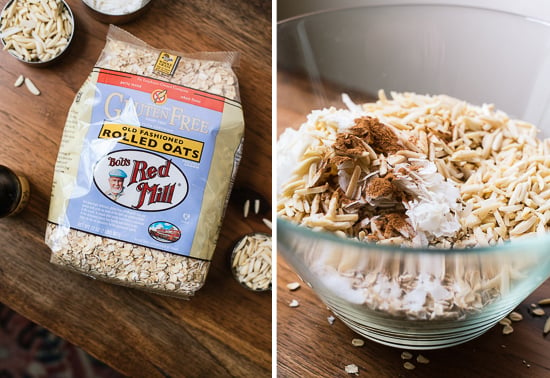 After all that, I came back home and fired up my toaster again. We just don’t make cereal like the French do. Eventually, I expanded into oatmeal and egg-y things and homemade muffins. I learned how to make granola, which is now a staple, and here we are now with muesli. I wasn’t sold on muesli until I ran out of my yogurt and homemade granola in Austin. Ali offered me some of her store-brand toasted muesli and almond milk and it turns out, I like cold soup when toasted muesli is involved.

Muesli is like a healthier, lightened-up granola, which isn’t to knock my beloved granola but to point out that muesli has significantly less oil and sugar in it. It can be made with no oil or sugar at all, but a little bit goes a long way in the flavor department. I treat muesli like granola and mix it with almond milk or yogurt in the morning. You can store extra muesli in a bag in the freezer and grab it like you would a box of cereal.

Most muesli recipes call for just plain, raw oats, but if you want to make phenomenal muesli, you need to toast the mixture in the oven. The heat brings out the best in the oats, almonds and coconut. The oats crisp up a bit, so they retain more texture as well, which I love. 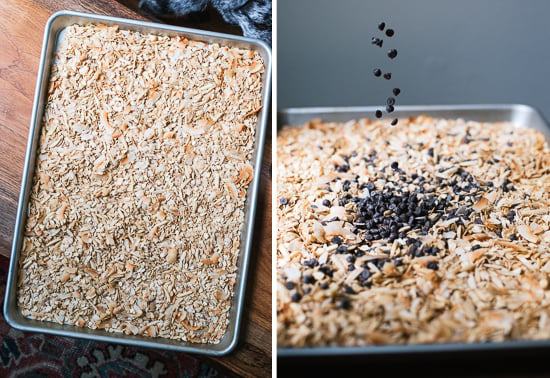 I’ve been playing around with muesli flavors like I have with granola. In fact, you could take inspiration from any granola recipe and turn it into muesli using the recipe below as your guide. Muesli reminds me of cereal, which reminds me of France, so I decided to add a reasonable amount of tiny chocolate chips to the mix. It’s basically the Almond Joy of muesli.

Oats are inherently gluten free, but often contaminated in the field from nearby crops or in processing plants where flour is present. I’m so glad that Bob’s Red Mill offers meticulously tested gluten-free oats so that I cook my favorite oat-based waffles and pancakes for my gluten-free friends! 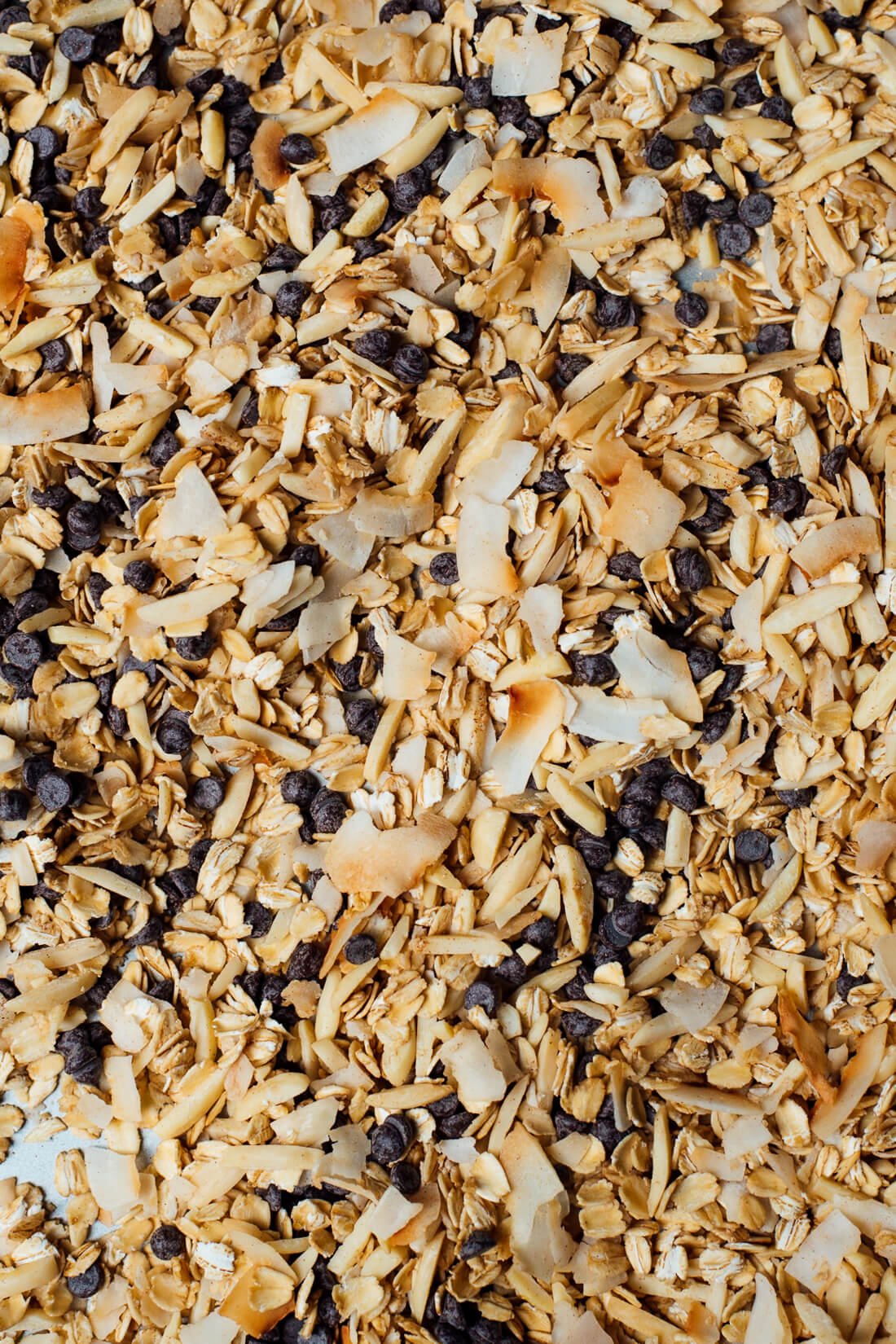 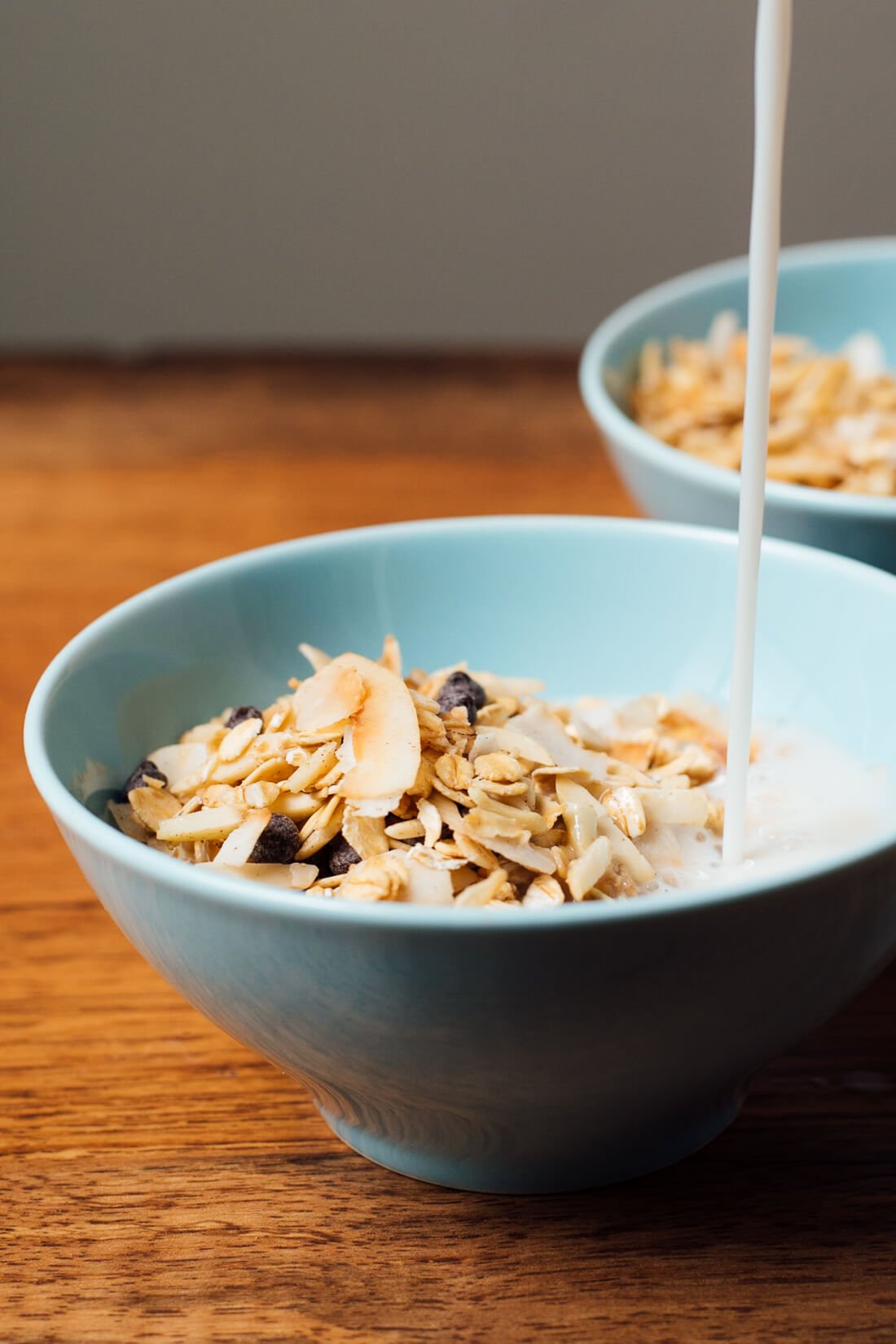 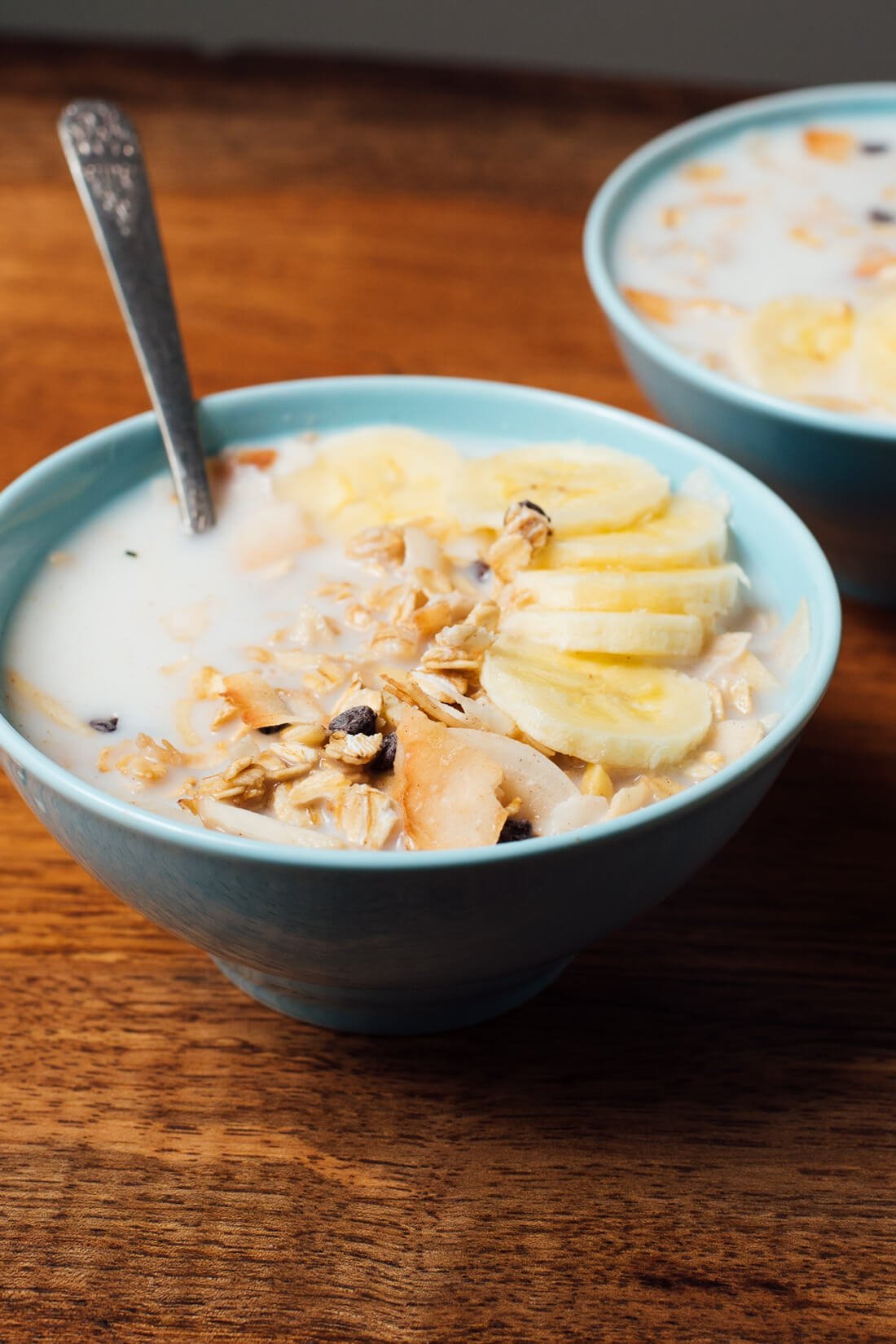 This post was created in partnership with Bob’s Red Mill and I received compensation for my participation. Opinions are my own, always. Thank you for supporting the sponsors who support C+K!