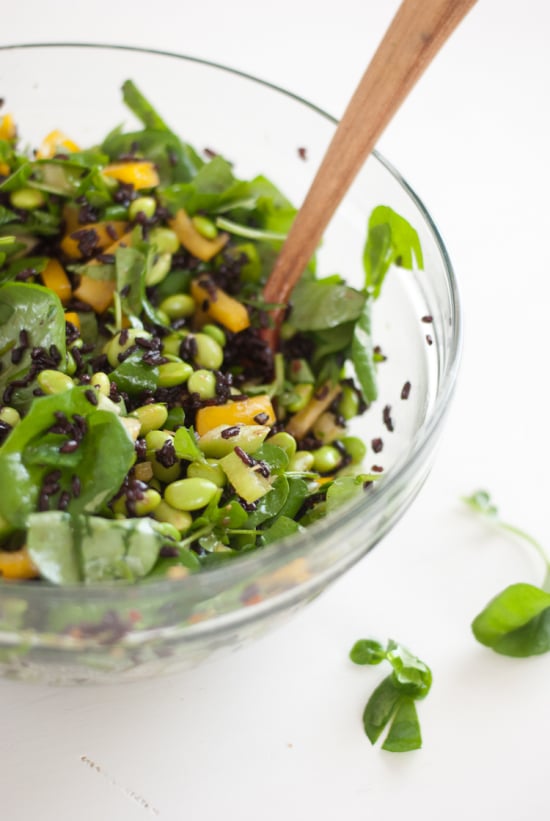 Sometime between when I left for San Antonio and now, the grass is green again. It’s like I blinked and the ground came alive. I noticed this while Cookie and I were on a nice long walk after work today. While she tried to chase after every bird and squirrel in sight, steering me around like a bumblebee on a string, I observed the springtime show. Cheery yellow daffodils have popped up to say hello, and ordinarily humble forsythia is putting on a show with its graceful, arching golden branches. Spring is here! 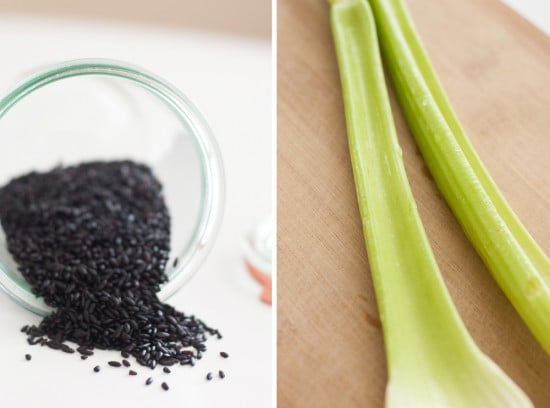 I really love going on walks with Cookie, my tireless companion. Before I had a dog, I zoomed around on my bicycle for exercise, which I still love doing, but everything looks different at a slow pace. I notice things I probably wouldn’t if I were biking, and would definitely miss while driving. I get some of my best ideas while we’re walking, and I composed this post in my head while we were out earlier. 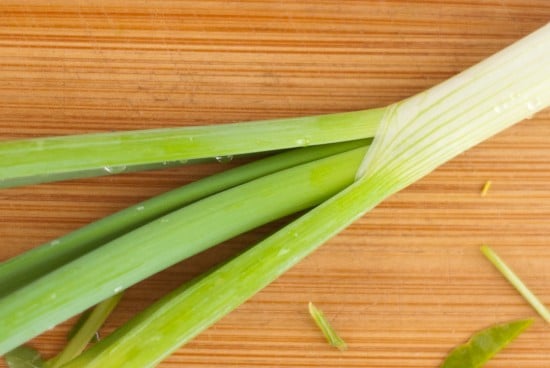 I’ve realized that I love food photography for a similar reason. Cooking takes longer when I have to pause and snap photos; it forces me to slow down and find the beauty in the steps and ingredients. I notice and appreciate the subtle striping on a green onion stalk, for instance, and the delicate bend in leaves of watercress. Food photography makes me stop and smell the roses, if you will. 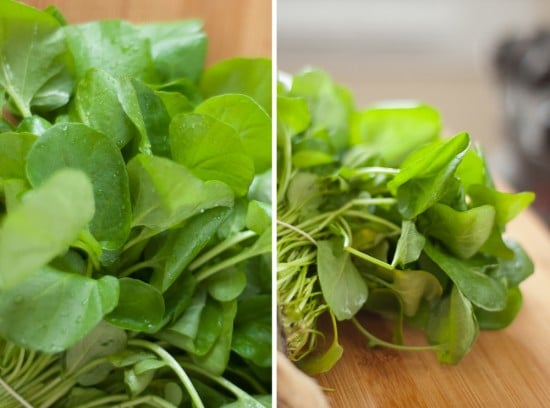 I adapted this pretty salad from a recipe I learned at an Asian seafood cooking class last month. Chef Forster created it as a side salad for salmon, but I turned it into a more filling dish by adding forbidden rice and edamame. He added chopped celery for fun since celery is new in Asia and booming in popularity. Celery! A novelty! Who knew?! While I generally skip celery sticks on those boring, ubiquitous veggie platters, I feel that chopped celery is totally underrated in salads. It adds such a great crunch and flavor to mixed salads like this one (and this one). 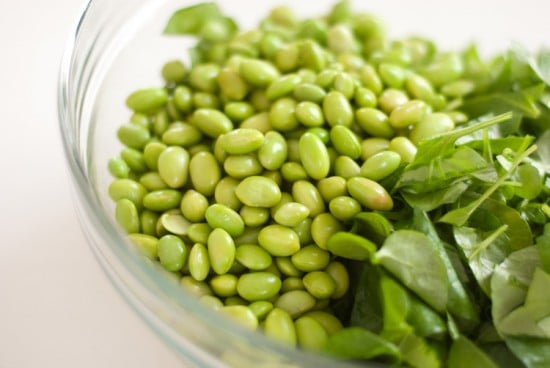 This salad is light and refreshing, crisp and tender and crunchy all at once. The predominantly green colors are broken up by chopped orange bell pepper, which seems just right for this time of year even though bell peppers are out of season. My pale legs are out of season, too, but that didn’t stop me from striding along in short shorts today. Oh who am I kidding, my legs are a perpetual shade of pale. 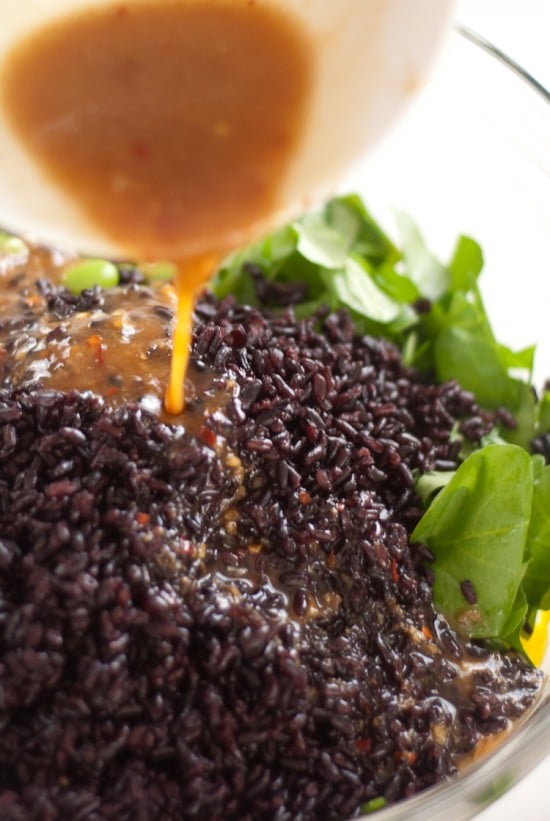 If time allows, make the dressing ahead of time so the garlic and ginger have time to bloom. The vinaigrette is plenty flavorful but doesn’t overpower the vegetables. 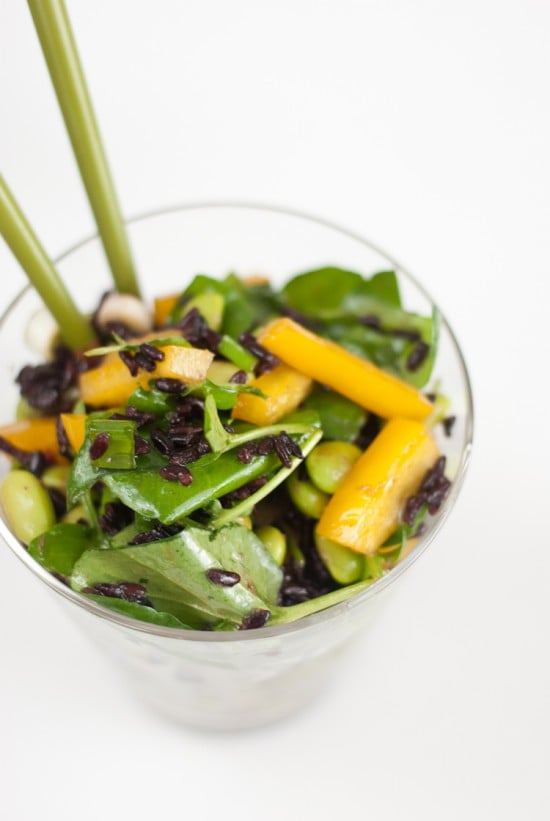 Recipe adapted from Chef Bill Forster’s cooking class.
Serving suggestions: Serves 3 to 4 as a light main dish or 6 as a side.
Make it gluten free: Use tamari instead of regular soy sauce.
Make it nut free: Use either olive oil or vegetable oil rather than the peanut oil.
Storage suggestions: Stored in the refrigerator, this salad will last for one to two days.
I erroneously called the rice I used wild rice. It’s actually forbidden rice, but I think wild rice would be lovely as well.