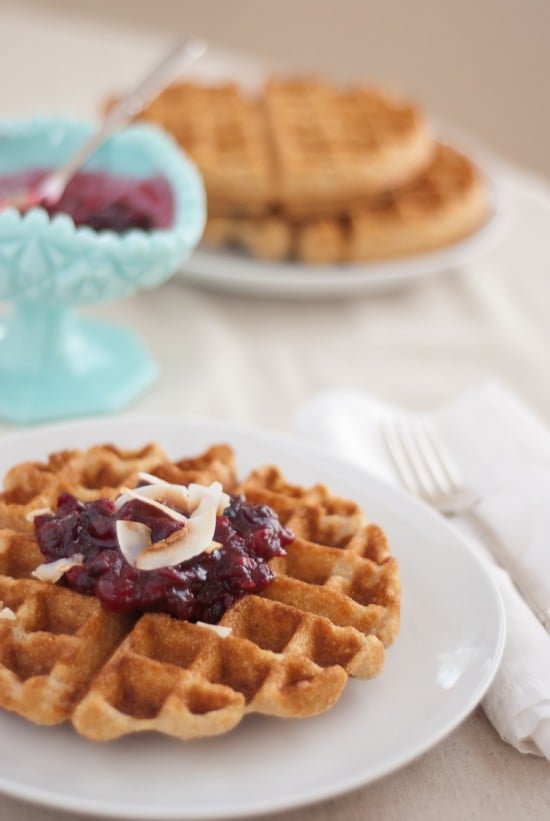 Remember when I posted Alice Waters’ recipe for whole wheat waffles a few months ago and said they weren’t quite as crispy as I’d like them to be? Apologies to Ms. Waters, but these waffles totally trump hers. They are as crisp as can be, with an incredible crunch and an impossibly fluffy interior, not to mention a heavenly coconut fragrance and flavor. They’re everything I dreamed they could be. 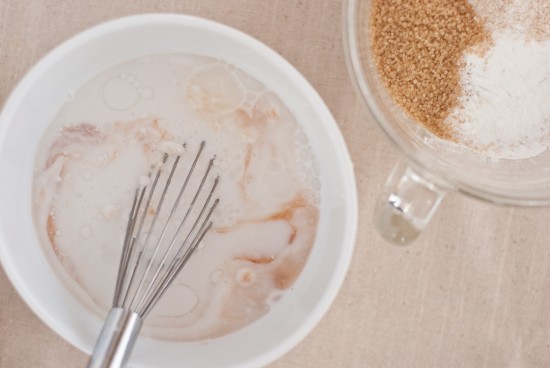 I discovered King Arthur Flour‘s recipe for whole wheat waffles last month through the commenters on Orangette. I had just finished reading (and falling in love with) Molly Wizenberg’s book, A Homemade Life (quick aside: she grew up in Oklahoma City, not far from where I grew up!).

Hungry for more of Molly’s wonderful writing, I visited her blog and came across a post in which she asked her readers for their favorite waffle recipe. She received over 200 suggestions; her people know their waffles. Being the whole grain nerd that I am, I scanned through all of the comments for the words “whole wheat” and noticed that the clear consensus was this whole wheat waffle recipe by King Arthur Flour. It seemed almost too simple, too basic with no special tricks, but the five star rating and glowing reviews convinced me that this recipe might just be “the one”. The perfect whole wheat waffle recipe.

Of course, being me, I had to change it up a little. You may have noticed that I’ve been on a coconut kick lately, so I couldn’t resist trading the regular butter and milk for coconut oil and coconut milk. Success! These waffles are quite possibly the best I’ve ever tasted, and most certainly the best I’ve ever made. 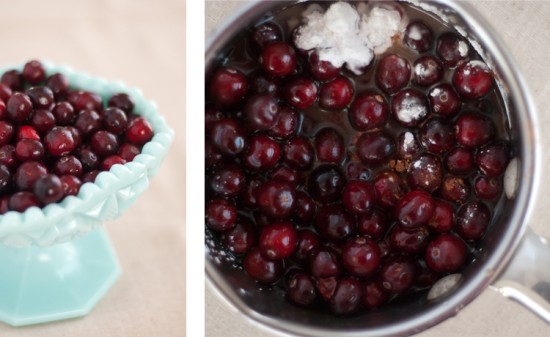 I have also been on a cranberry kick lately, so I decided to make a quick and easy cranberry sauce. The recipe below doesn’t make a ton, enough for a big spoonful for each waffle. It’s really delicious, but to be honest, these coconut waffles don’t need anything special. Real maple syrup is just right. 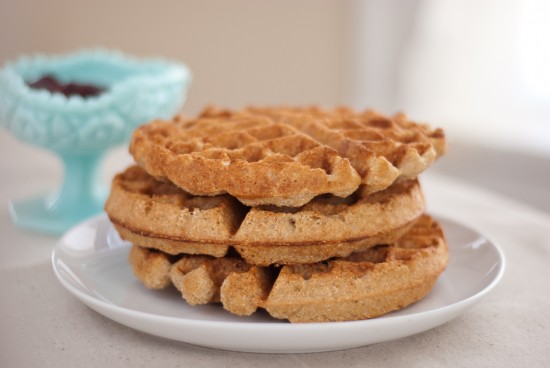 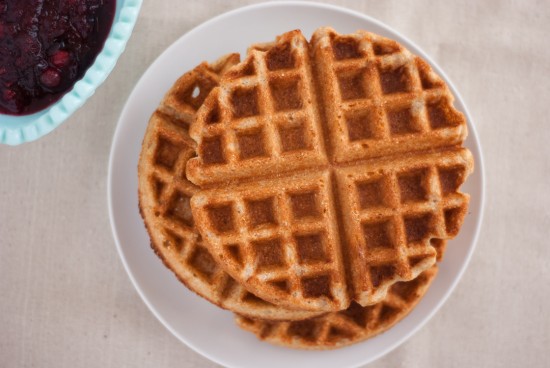 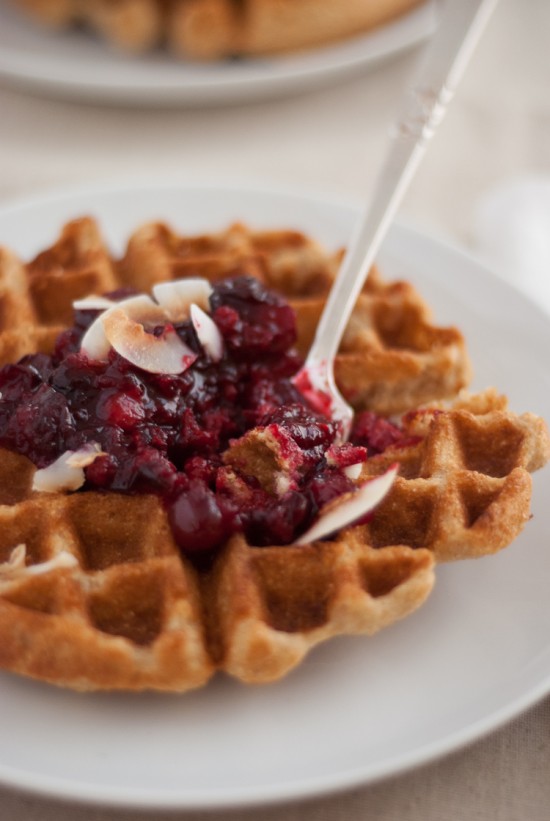 Crispy coconut waffles made with 100% whole wheat flour. This delicious coconut waffle recipe is easy to make, too! Recipe yields about 3 ½ Belgian waffles.

Recipe adapted from King Arthur Flour’s recipe for whole wheat waffles.
Note on fat content: Since light coconut milk has a higher fat content than low fat cow’s milk, I suspect you could reduce the amount of coconut oil to ¼ cup. Remember, though, waffles need enough fat or they won’t get crispy (source: On Food and Cooking). Nobody likes a soggy waffle!