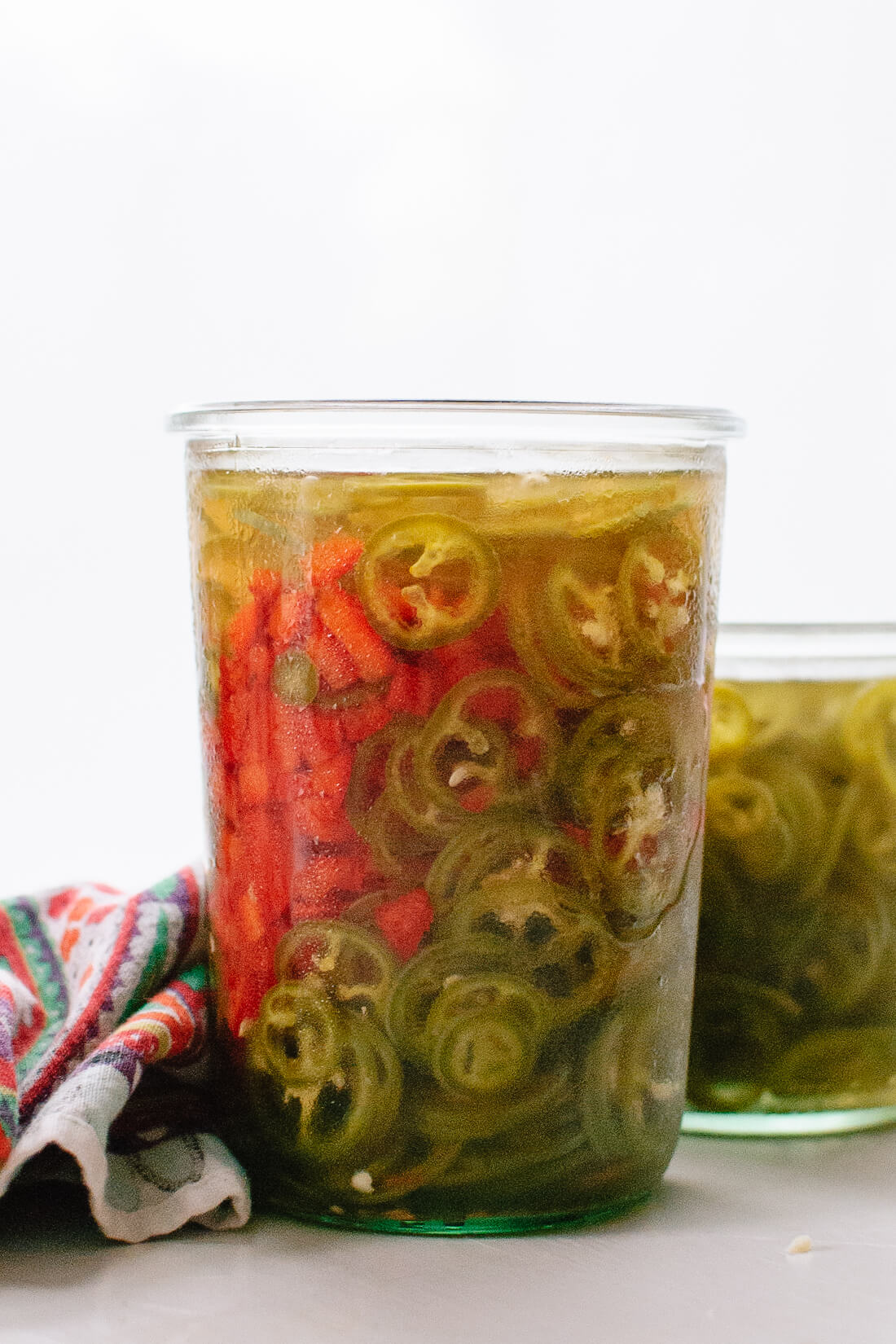 If I had to characterize the past week in two words, they would be: pepper problems. These peppers gave me all sorts of trouble! I’d made these quick-pickled jalapeños a couple of times already, but these locally grown peppers were way spicier than the others. Just one little nibble of raw sliced pepper made me feel like one of those silly, red-faced cartoon characters with steam shooting out of his ears.

Then, when I was rinsing the sliced peppers under running water in an attempt to cool down their spiciness, the pepper fumes made me cough-cough-cough-cough-cough. I had to use my shirt as a nose mask to get through it. So beware of pepper asphyxiation. (I know I sound dramatic right now, but I’m serious.) I’m still recommending them because none of my other batches gave me such trouble. 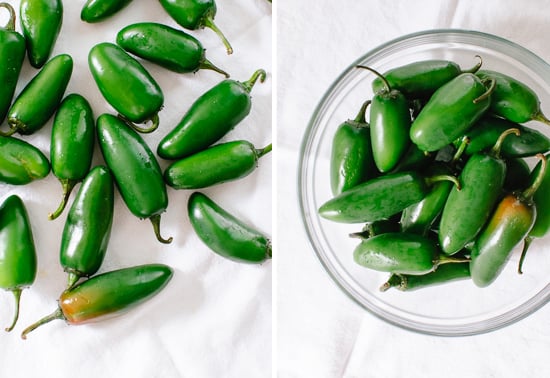 The final result, though, is totally irresistible. Fresh, spicy, with a light sweetness thanks to the bell pepper and honey, and a nice, crisp crunch. You’ll see in the photos that I made a control batch with plain distilled white vinegar and no bell peppers, but I so prefer the gourmet version with honey that I’m going to insist that you go with that one.

Really, it was only a matter of time after pickling radishes that I turned to peppers. These peppers are fantastic on nachos, tacos, quesadillas and so much more. 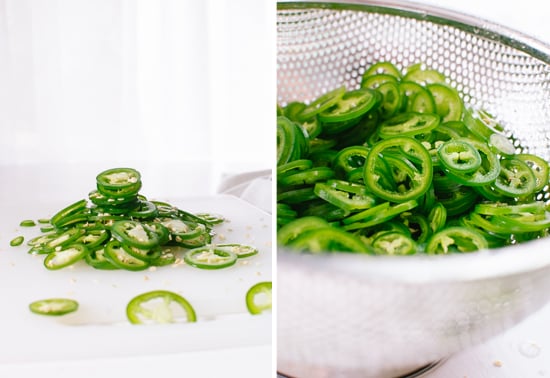 If you want to make sure your peppers aren’t crazy spicy, buy big ones so it’s easier to remove the seeds and membranes before slicing. That’s where the heat is concentrated. You might also want to avoid more mature peppers with striations on the sides, which are rumored to indicate hotter peppers. If you taste a little sliver of a few of your jalapeños and none are crazy hot, you probably don’t need to worry about getting crazy hot pickles.

All that said, pickling the peppers with vinegar, salt and a little bit of honey tones them down quite a bit! If you come across a bunch of jalapeños at the farmers’ market this weekend, you can bottle them up for later with this simple refrigerator pickles recipe. 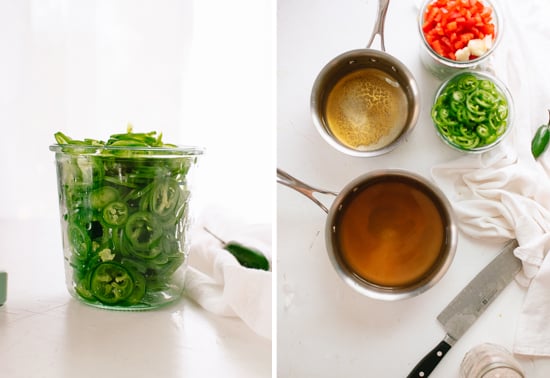 Please let me know how your pickled jalapeños turn out in the comments! I hope you love them.

On a pickling kick? Don’t miss my quick-pickled onions, radishes, veggies and classic dill pickles! You’re also going to love my fresh jalapeño relish recipe, which is very similar to these peppers but even easier. 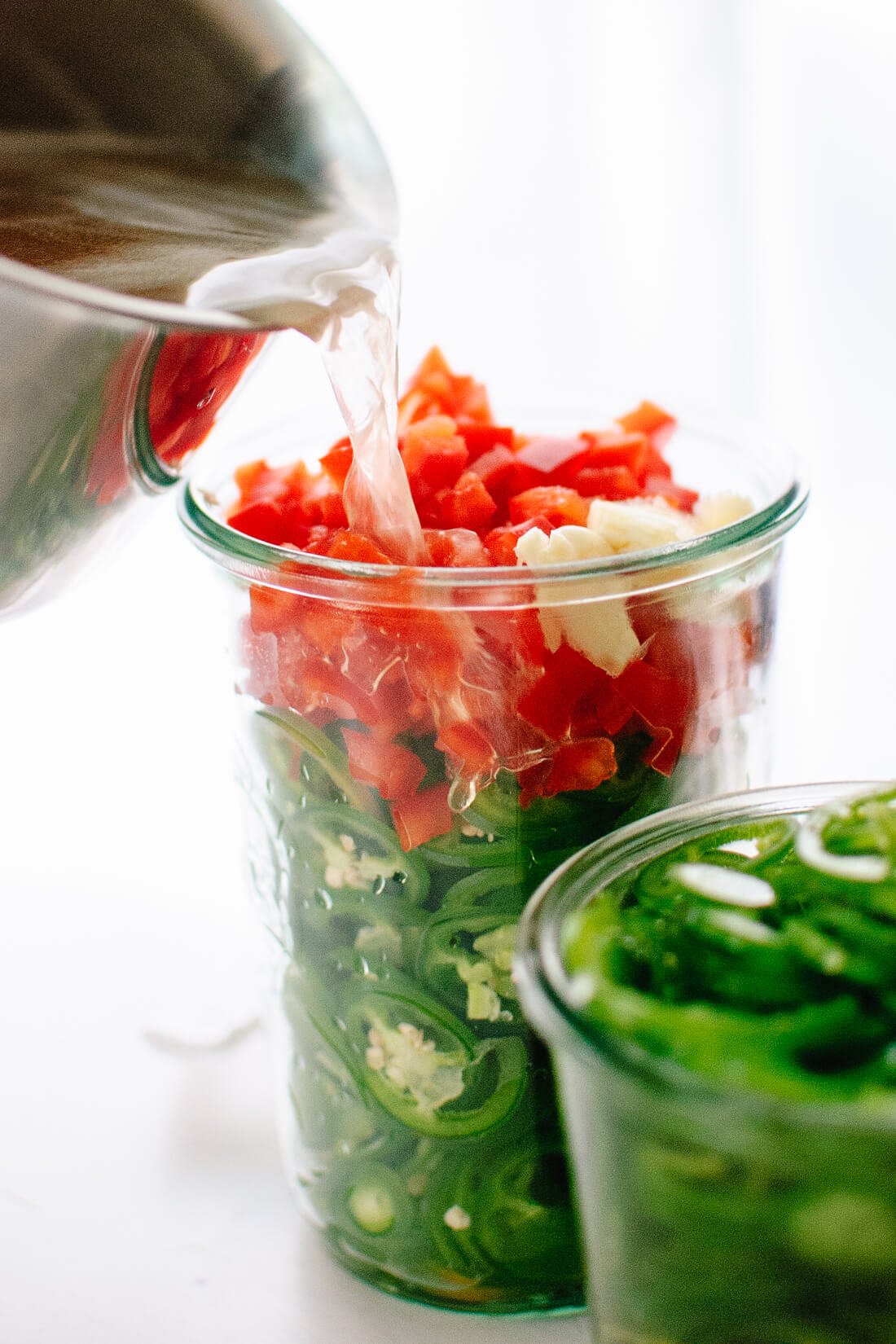 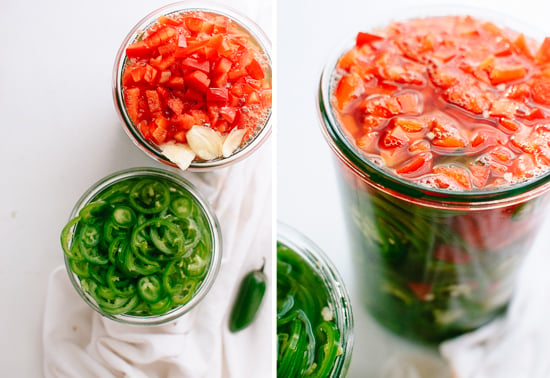 Products used in this recipe 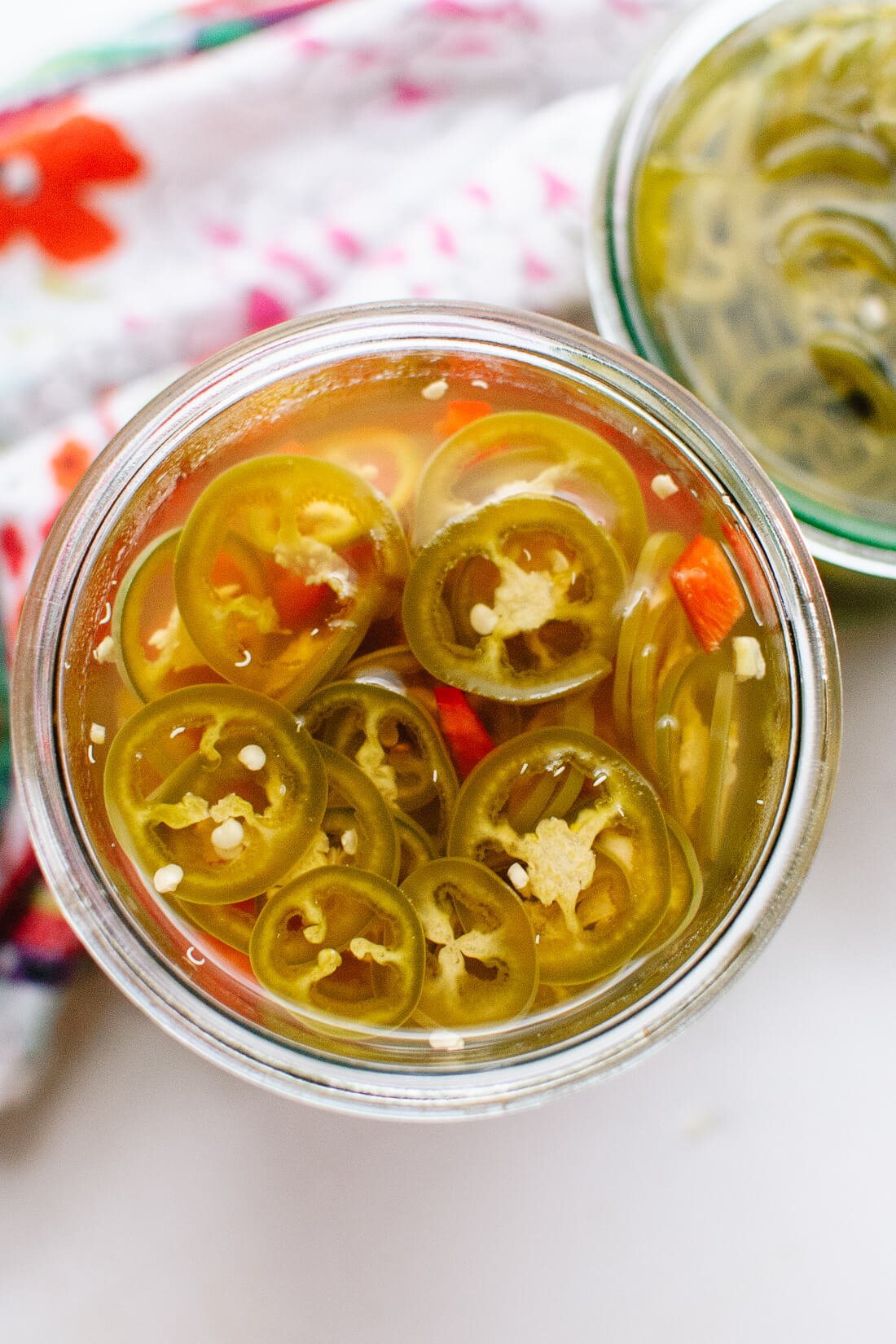 Learn how to make homemade, spicy and sweet, gourmet jalapeño and bell pepper pickles! It’s super easy and the pickles will keep in the refrigerator for months.

Recipe adapted from my quick-pickled radishes.
Make it vegan: Substitute maple syrup, agave nectar or sugar for the honey.