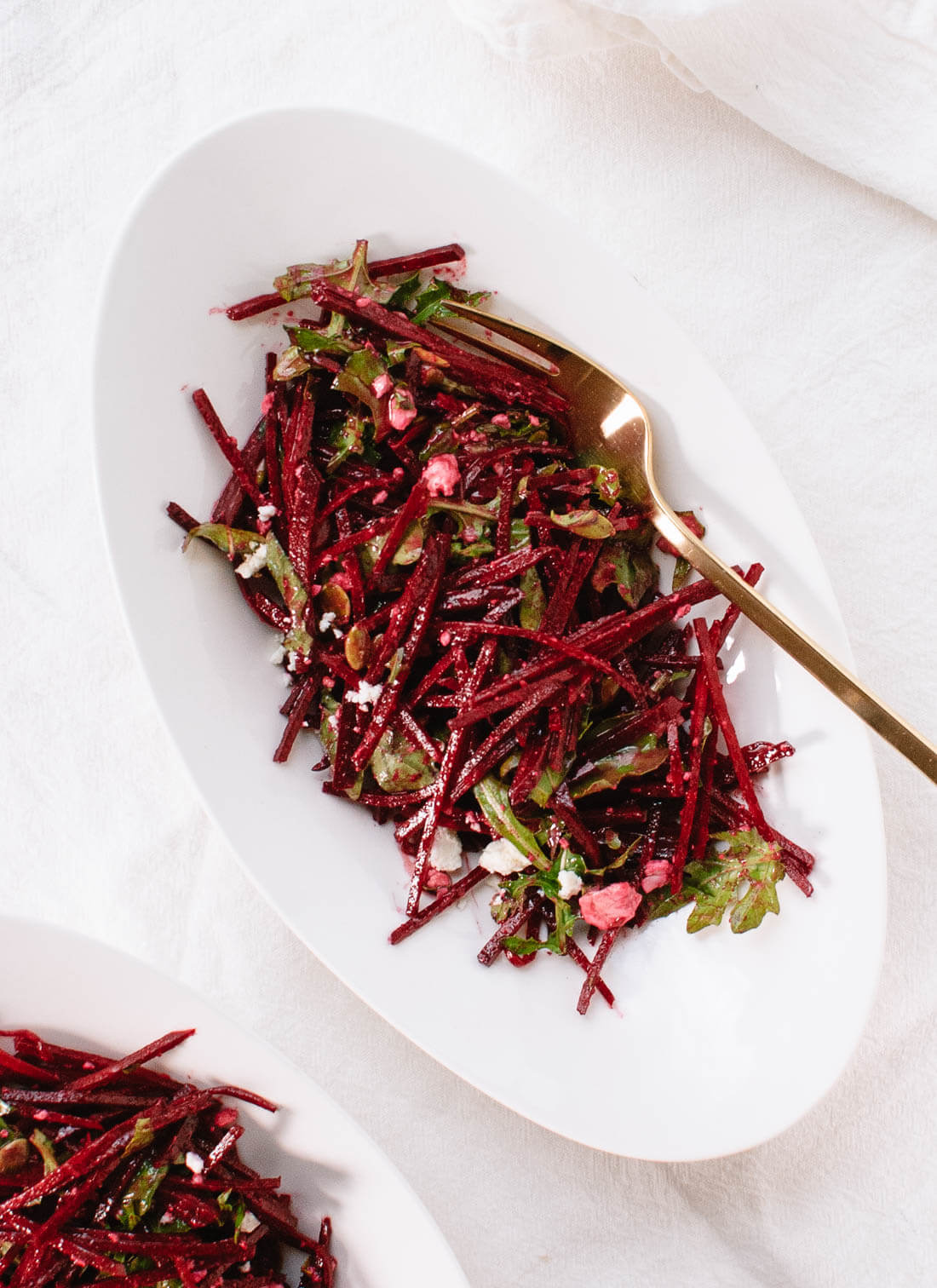 This post is brought to you by Whole Foods Market.

I knew I liked Hilary Brown when she offered me a bowl of homemade soup shortly after arriving at her office. They have a weekly tradition of making soup in a slow cooker on Fridays for lunch. The topic of bean soup quickly turned into a conversation about digestion that made me giggle. We opened a door just past the office kitchen and donned white coats and hairnets to see how they make veggie burgers at Hilary’s Eat Well. 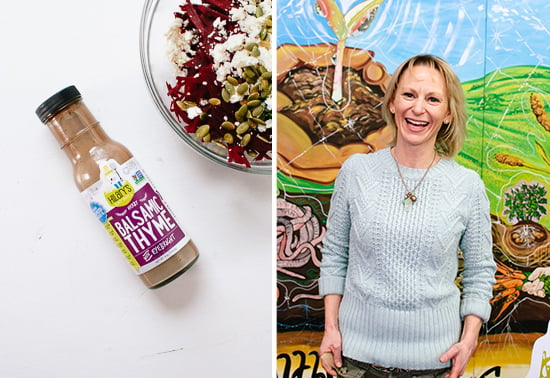 First, I saw freshly cooked millet in vessels at least thirty times bigger than the largest pot in my kitchen. As a person who’s accustomed to cooking for one, it’s always an eye-opening experience to see food prepared for many. Their facility had a homey feel to it, though, thanks to the clear winter light streaming through a giant window and fragrant spices in the air. Hilary talked about how much their production has grown over the past few years and mentioned plans for expansion.

I saw the machine where they mix millet with beans, greens and spices and watched fresh veggie patties go plop-plop-plop onto a belt. The burgers continued down the belt’s short course: flash frozen, then wrapped up two at a time in Hilary’s cute branded bags, which carry 70 percent less of a carbon footprint than four-packs of veggie burgers in cardboard boxes. Lastly, they’re packed up and transferred to the freezer for temporary safekeeping. Whole Foods Market is their biggest customer. 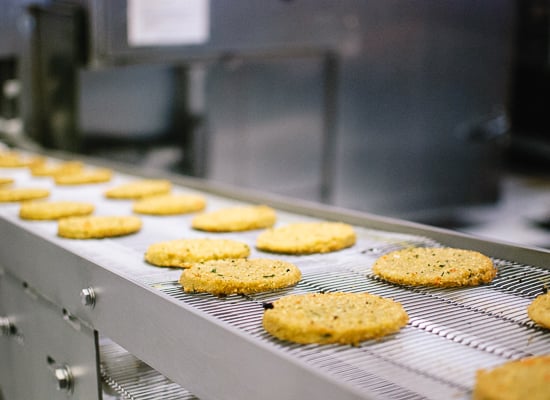 I followed Hilary back through the office, past the twenty-five foot long abstract mural that shows the magical process by which seeds grow into plants. We sat down in her office and started chatting about how this all came to be. I quickly recognized our shared passion for all aspects of food and nutrition, although I admit that Hilary’s intensity surpasses my own. She is on fire.

I’m really glad Whole Foods Market put us in touch so I can share her story with you all. Hilary’s path to wellness began over ten years ago, when she was weak and ill. She had a litany of diagnoses and a lot of prescriptions to go with them. She finally landed at a naturopath’s office. Her lab results came back and she was allergic to all of the usual culprits: gluten, dairy, eggs and more. “I was allergic to the standard American diet,” she says. 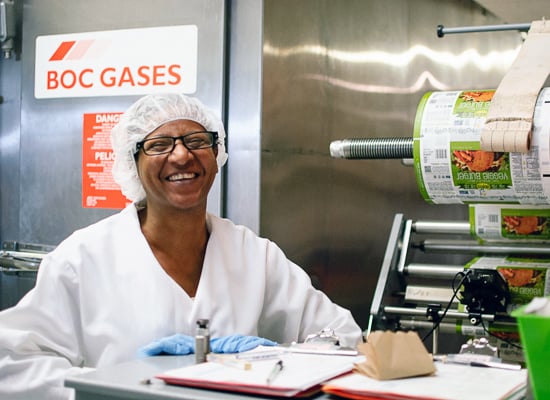 She changed her diet and miraculous improvements in her physical and mental health followed. Then she channeled her newfound strength and energy into nutrition research and a degree from the Natural Gourmet Cookery School, which eventually led her to open a restaurant called Local Burger in Lawrence, Kansas. Menu items were selected around her desire for “everyone to feel good.” They offered organic, locally-sourced meat burgers and a veggie burger that, to her surprise, became the second most popular item on the menu.

Lawrence is a liberal college town, yes, but it’s located here in the Midwest where meat and barbecue are usually tops. Her veggie burger recipe’s success was telling. After many requests, she eventually decided to offer her veggie burgers to the masses in 2010. She hired two employees to manage distribution and her burgers started making their way to grocery stores across the country. I’m not surprised that her veggie burgers caught on—they’re delicious, and I feel really good after I eat them. 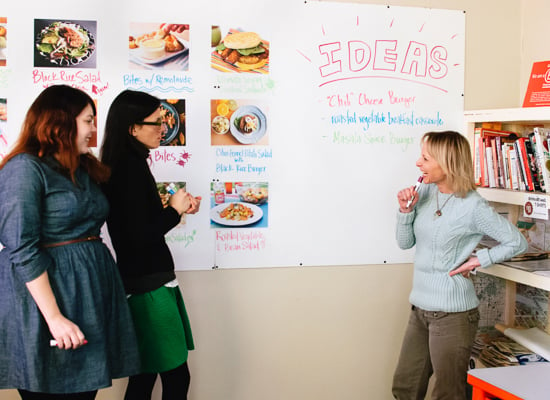 At Hilary’s first natural food show in Baltimore, one of Whole Foods Markets’ principal buyers walked by and recognized her products from Local Burger. (He happens to have family in Lawrence and was already a fan.) In December 2011, she met with him at the Whole Foods Market headquarters in Austin. They picked up her original and adzuki bean burgers and Hilary ramped up their production to meet demand. It would be easy to attribute her overnight success to serendipitous events, but I have no doubt that they chose her products for their superior flavor, top quality ingredients and the passion behind them.

“Whole Foods [Market] supports innovation and helps foster the growth of smaller innovative brands that fit with their core values,” Hilary says. She called their team “gracious and outstanding,” and credits Whole Foods Market for much of the company’s rapid growth. Hilary’s Eat Well upgraded to their current location in 2013, which is where they produced nearly three million veggie burgers last year. Their line has expanded to include salad dressings, too. (I used my favorite, her balsamic thyme dressing, in the recipe below.) 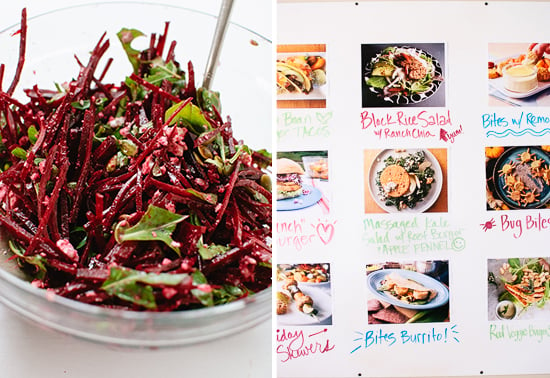 Hilary’s goal is “to use the best ingredients while still getting a product to consumers that they can afford,” and she manages to do so thanks to careful ingredient sourcing, as well as the continued support of Whole Foods Market and her loyal customers. Whole Foods Market helps small suppliers reach their full potential by offering a low interest loan program to fund their growth. Hilary says she is likely going to reach out to them to finance upcoming capital equipment expenses.

Hilary looks forward to releasing more products that support biodiversity, the environment, economy, community and culture. That might seem like a long list for one small company to support, but Hilary believes that everything is connected. Our conversation shifted constantly between the soil and our guts, food allergies and biodiversity, farmers and the culture at large. She believes that on all scales, “Diversity creates healthy systems.” Amen. 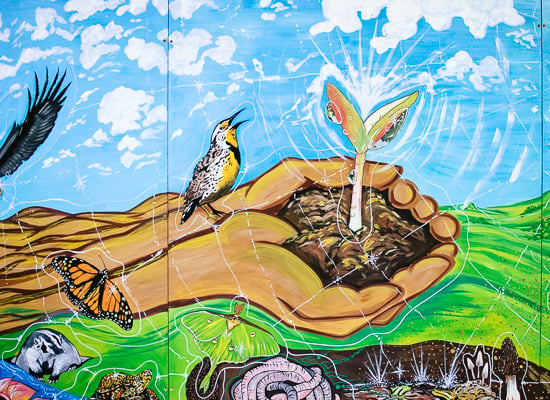 Hilary says that she never would have had the courage or vitality to open Local Burger if she hadn’t healed herself through nutrition. She wants for everyone to feel good so they can reach their full potential, too. That’s why her products are manufactured in a facility free of allergens like gluten, egg, dairy, soy, corn and nuts.

It’s also why she chose millet as the primary grain in her burgers—it’s gluten free, easy to digest, drought-resistant and grown in nearby states. She chose Redmond’s Real Salt from Utah because it tastes better and offers over 60 trace minerals. Her black rice burgers feature rice from Lotus Foods because their SRI growing method requires 50 percent less water. I could go on and on.

It’s always been apparent to me that Whole Foods Market seeks out the best natural and organic products, but my afternoon at Hilary’s showed me that they help their suppliers thrive, too. I’m glad to know that my dollars count for good at Whole Foods Market. 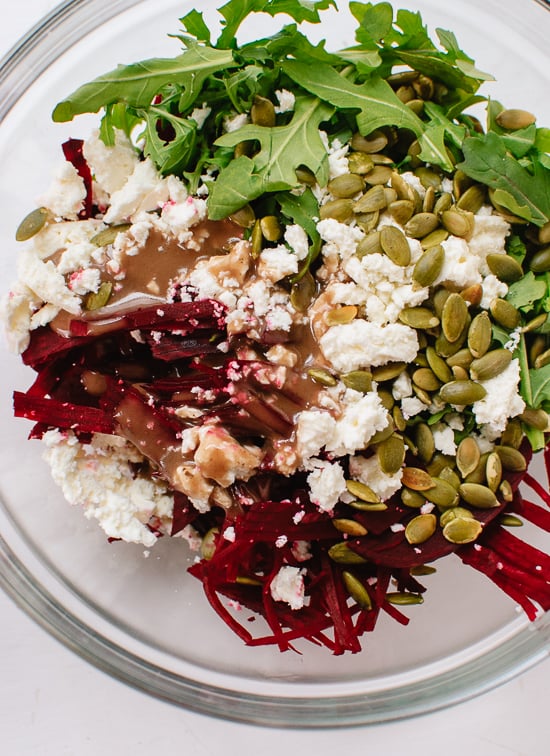 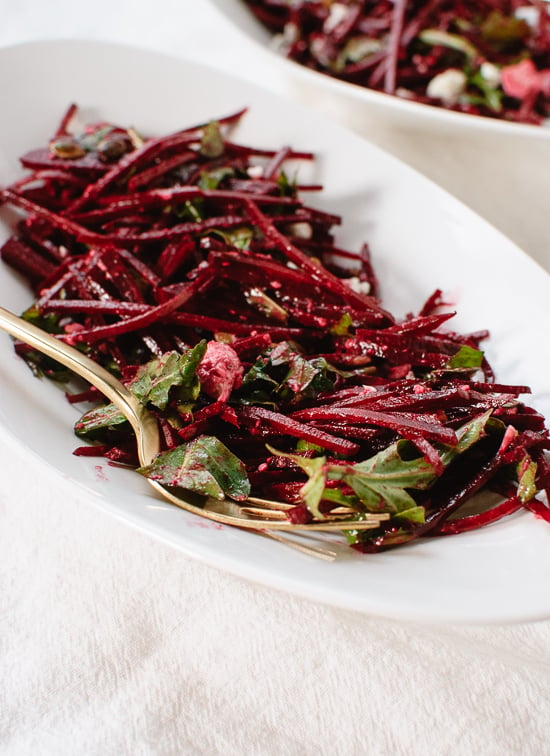 Storage suggestions: This salad keeps well in the refrigerator, covered, for about a day. It will keep longer if you store the arugula separately from the rest and toss just before serving.

This post was sponsored by Whole Foods Market. I received compensation for my participation. Thank you for supporting the sponsors who support C+K!